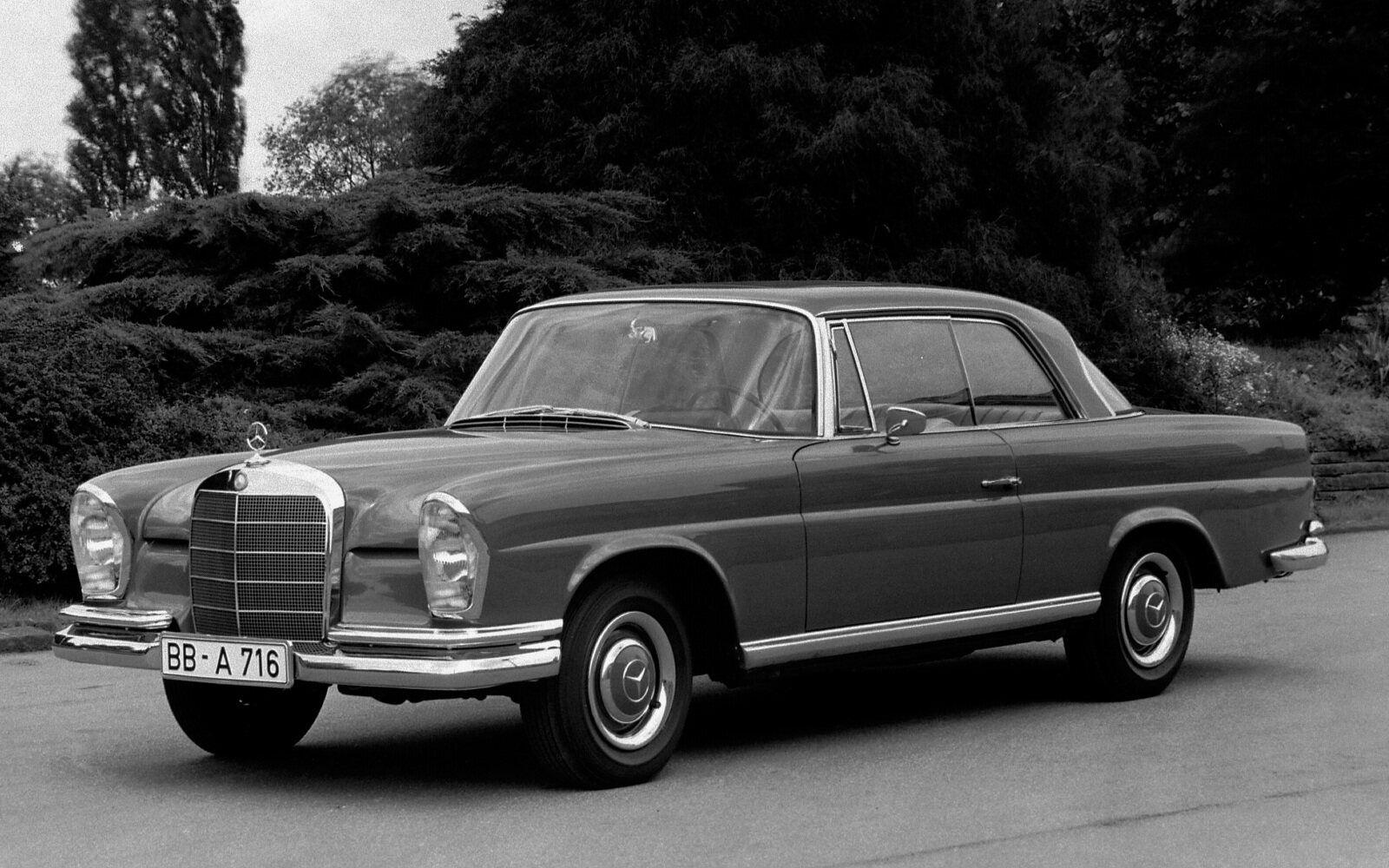 At the opening ceremony of the Daimler-Benz Museum in Untertürkheim, which was housed in a representative new building in order to celebrate the 75th anniversary of motor traffic", on the 24 February 1961, a new passenger car model, the 220 SEb Coupé was unveiled.

This elegant and representative model became the successor of the 128 series coupé, which after October 1960 had been produced no longer.

From a technical and stylistic point of view, the new model was derived from the 220 SEb saloon, which was presented in August 1959, and was also assigned to model series 111. In contrast to its successor, the coupé was planned as a fully-fledged four-seated model. It was based on the chassis of the saloon the wheelbase of which remained unchanged accordingly. Although the tailfins, which had made such a sensation at the presentation of the 220 b - 220 SEb models, were now apparent in rudimentary form only, coupé and saloon still had many stylistic features in common. This makes the fact that not a single construction element of the four-door model could be used for the coupé even more surprising.

Engine and chassis had been taken over from the saloon without significant modifications. The only important difference was a technical speciality: The 220 SEb Coupé was the first Mercedes-Benz passenger car model to be fitted with disk brakes at the front wheels.

In August 1961, a convertible version of the 220 SEb was presented, which was an exact replica of the coupé, except for the absent roof and required body stiffening.

Half a year later, the 300 SE Coupé and 300 SE Convertible, which had been constructed from pre-existing building blocks, had their debut at the Geneva Motor Show. The bodies of the corresponding 220 SEb versions had been touched up with additional decorative elements and were combined with the technology of the Type 300 SE. Thus, these new exclusive models, which were, like the underlying saloon model assigned to model series 112, featured a whole set of technical details. Basic equipment consisted of a 3.0-liter light-alloy engine, 4-speed automatic transmission, powerbrake unit, air suspension and dual circuit brakes with disk brakes at the front and rear wheels. There was additional chrome decoration in the shape of a chrome trim extending from headlights to taillights along the longitudinal bead as well as conspicuous decorative trims at the front and rear wheel arches.

From March1963, the 300 SE coupé and convertible were, like the saloon, available with optional 4-speed manual gearbox; in this case the list price was reduced by DM 1,400. In January 1964 engine power was increased to 170 hp so that driving performance was improved. This was made possible by converting the injection pump into a six-plunger unit.

In 1962 the test department also constructed an individual special design of the 300 SE coupé. The rear roof edge was removed together with the rear window and replaced by a retractable hood. This resulted in a landaulet, which for several years became the personal car of Professor Nallinger, head of the development department. Nothing more is known about the whereabouts and subsequent fate of this interesting car.

When the "fintail"-saloons of models 220 Sb, 220 SEb and 300 SE were replaced by a completely reconstructed generation of models, the coupé and convertible versions remained in the sales programme. As these exclusive models, which had been produced for some years then, were by no means outdated beside the saloons of the new generation, expensive stylistic revision or the development of new small-scale serial production of model versions were unnecessary. The two 2.2-liter models received the 150 hp 2.5-liter engine of the 250 SE and also its model designation. Furthermore, like the 3.0-liter models, they were fitted with the 14-inch wheels and bigger disk brakes of 108 series saloons. New, too, was the hydropneumatic compensating spring at the rear axle, which had been incorporated into the 2.5-liter models instead of the coil spring that had hitherto been used, guaranteeing that the level of the body remained constant irrespective of loads.

January 1968 witnessed the debut of the 280 SE model, which had a newly developed 2.8-liter engine with 160 hp and became the successor of the 250 SE. This change of generation did not only affect the saloon, but also the two-door versions. Apart from the new engine, only some details had been changed in the coupé and the convertible; like the saloon, both received flatter one-piece decorative wheel covers with integrated boss cap. At the same time as the 2.5-liter models, production of the Type 300 SE coupé and convertible was stopped. There was no immidiate successor, but this was not really necessary either, as engine power was only 10 hp lower than in the 2.8-liter versions and the same driving performance was achieved because of their lower weight.

In September 1969 the more powerful 280 SE 3.5 coupé and convertible models were presented. The completely new 3.5-liter V8-engine with 200 hp was very quiet and smooth and made sports car performance possible. These new models, and also the 280 versions with the 2.8-liter 6-cylinder engine had minor external modifications. The radiator grill was lower and wider and the bonnet was accordingly lower at the front. The bumpers were also modified, now being fitted with rubber strips like on the saloons. There were no external differences between the 8-cylinder versions and the new 6-cylinder versions.

The 350 SLC, which became available from February 1972, was the successor of the coupé models. This car was not based on a saloon, however, but on the SL model, which had been launched in April 1971. No replacement was planned for the convertibles; fresh air Mercedes drivers had to be content with the two-seater SL. 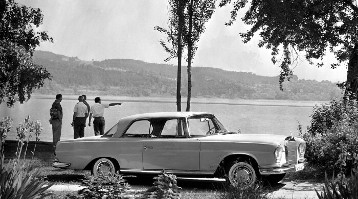 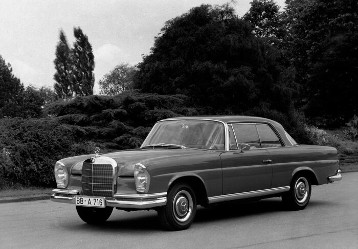 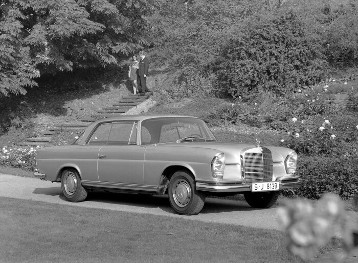 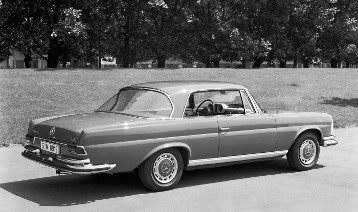 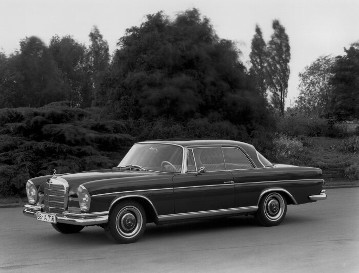