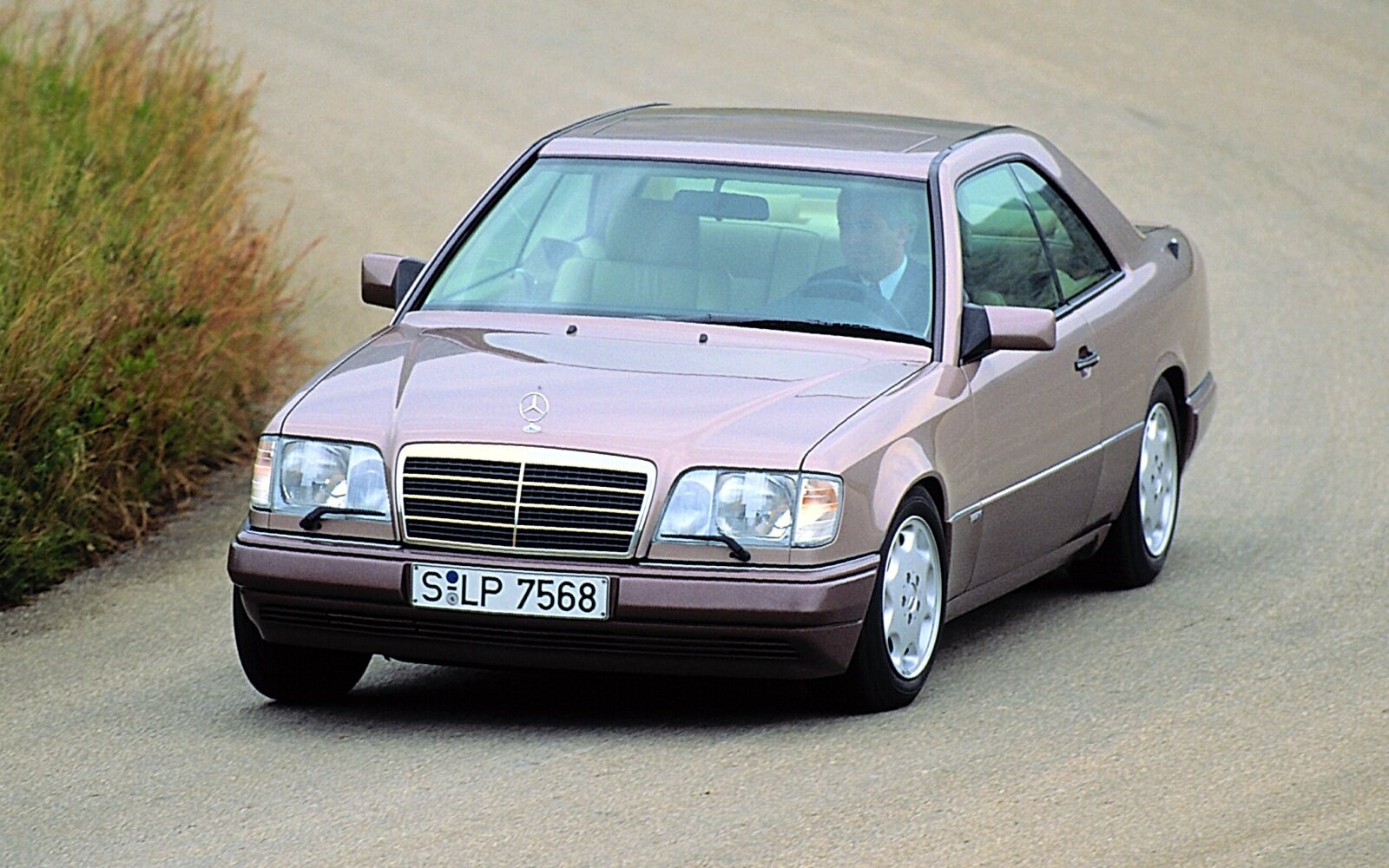 In June 1993, all the models in the 124 series were stylistically revised and adapted in line with the other model series.The most distinctive feature of the updated variants was the radiator grill, which was based on that of the S-Class. For this 'integrated radiator', the chrome frame, which was relatively narrow in comparison to the previous version, was integrated harmoniously into the bonnet. The Mercedes three-pointed star was positioned on the bonnet, as it was on the S-Class saloons. Changes were also made to the light units. The front indicators were given transparent glass covers, while the tail lights had bichromatic covers, which for the indicators and reversing lights were a uniform white-grey. The orange of the front and rear indicators was produced by coloured bulbs. Other changes concerned the bumpers, whose mouldings were now finished in the same colour as the mounted parts, while the rear bumper mouldings were extended to the wheel cutouts.

When the revised models went on sale in June 1993, the 124 series was also affected by the new nomenclature. In line with the S-Class and the new C-Class, the medium class was now called the E-Class, and the model designations followed a modified system. This involved a letter designating the vehicle's class preceding a three-digit number which, as before, was based on engine capacity. The E for Einspritzmotor(injection engine) was no longer needed, as carburettor engines were now a thing of the past. As for the body variant, that was quite obvious just from looking at the vehicle, so the C and T coding was also allowed to lapse. For the diesel models, the D that had been used up till then was replaced by the word Diesel or Turbodiesel after the figures. So under the new rules, the two door cars named E 220 Coupé and E 320 Coupé.

For those looking for a little more from a coupé, the E 36 AMG, available from September 1993 with a 195 kW 3.6-litre four-valve AMG engine, provided just that. And with its subtly enlarged components, this new top-of-the-range model from the 124 coupés range also stood out aesthetically from its less dynamic sister models. Front spoiler, side skirt and rear apron were finished in the same colour as the vehicle and integrated harmoniously with the body form. As-standard 17-inch alloy wheels with an AMG design completed the package.

In order to be able to offer a more affordable entry-level model for customers less interested in performance, the range was enhanced in December 1994 with the addition of the E 200 Coupé. Commanding 136 hp, the coupé had previously been produced exclusively for export to Italy, Greece and Portugal.

Production of the E-Class coupés came to an end in March 1996, nine years after their debut at the Geneva Motor Show. Coupé lovers would now have to wait a while: the launch of the successor models was not due to take place until summer of the following year. A total of 141,498 vehicles were produced in Sindelfingen, a good 40 percent more than for its predecessor models. 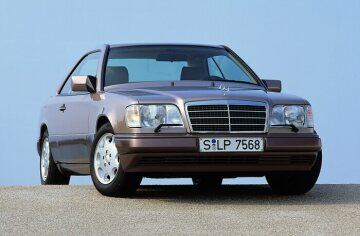 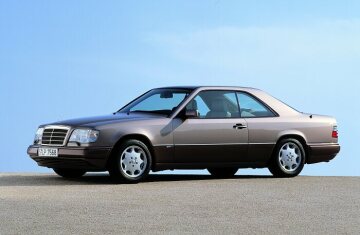 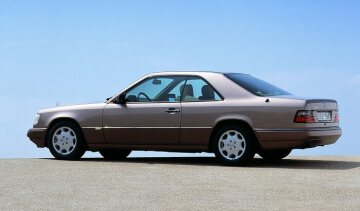 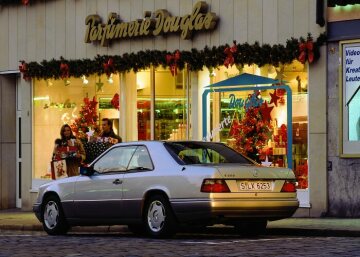 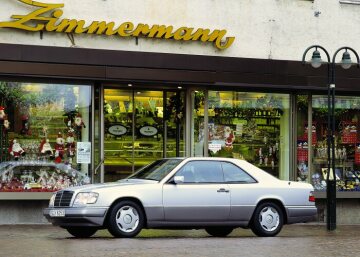 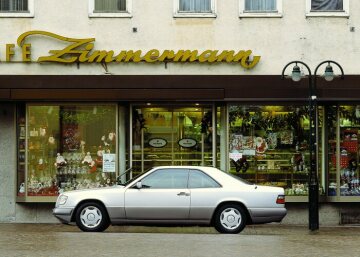 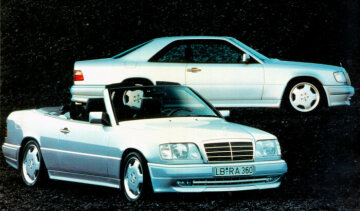 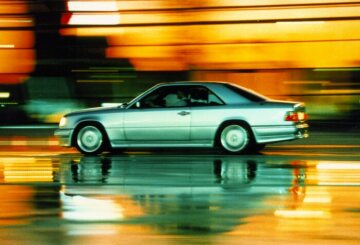 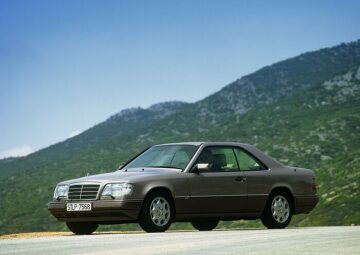