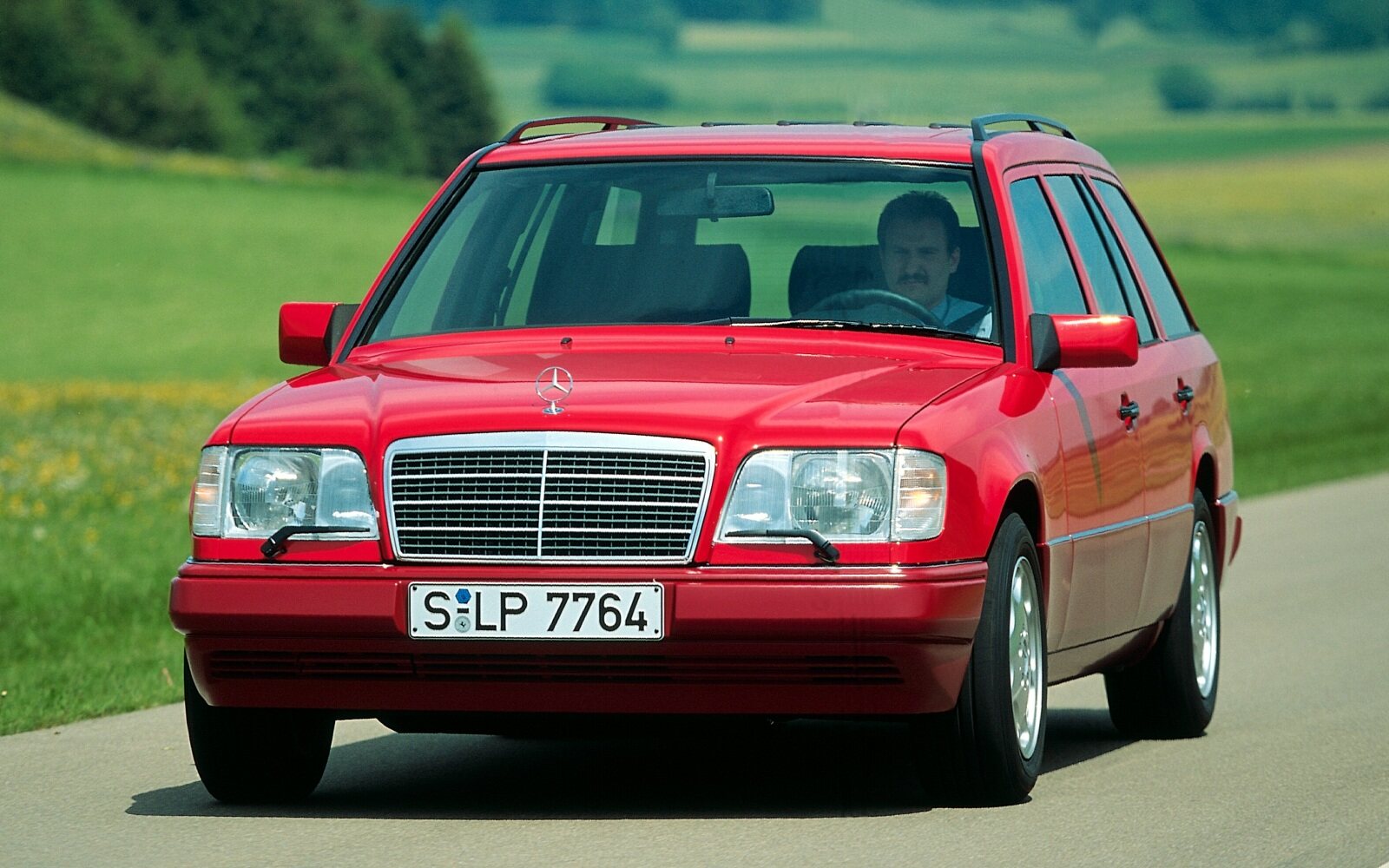 Beginning in autumn 1992, the update for the 124 series was rolled out uniformly six months later. In a world first, the four-valve technology was now used for diesel models as well. The new technology guaranteed not just increased torque and performance across a significantly larger engine speed range, but also allowed for a reduction in fuel consumption of up to 8 percent at full throttle. Particulate exhaust emissions were also reduced (by around 30 percent) thanks to the optimised combustion cycle. Only the five- and six-cylinder naturally aspirated engine were converted to four-valve technology. The 2.0-litre four cylinder unit and both the turbocharged engines remained on two valves per cylinder. For the four-valve diesel models, fresh-air intake was provided via vents on the right front wing, as was already the case on the turbo diesel models. In order to improve environmental compatibility, from June 1993 onwards all diesel models in the 124 series were fitted with exhaust gas recirculation and oxidizing catalytic converter as standard.

But the facelift programme was not just for the diesel models. The 2.8-litre six-cylinder engine, unveiled six months previously, was given a detail modification that, for once, was not motivated by technical considerations. In order to get the models affected into a lower band for motor insurance within Germany, the rated output was reduced from 145 kW to 142 kW.

As part of the changes begun in June 1993, all models in the 124 series were brought stylistically up to date by redesigning their bodywork and were modified in line with the other model series. The most distinctive feature of the updated models was the radiator grill, which was based on that of the S-Class. For this 'integrated radiator', the chrome frame, which was relatively narrow in comparison to the previous version, was integrated harmoniously into the bonnet. The Mercedes three-pointed star was positioned on the bonnet, as it was on the S-Class saloons.Particularly conspicuous were the modified front indicators, which now had transparent glass covers, making the light units appear larger. The orange light of the indicator was produced by coloured bulbs. In contrast to other body variants in the series, the tail lights on the estate models were left unchanged, but the wheels and bumpers were also given a makeover. The steel disc wheels were given new hub caps with a six-hole design, and the bumper mouldings were now finished in the same colour as the mounted parts, rather than in uniform black as before.

When the revised models went on sale in June 1993, the 124 series was also affected by the new nomenclature. In line with the S-Class and the new C-Class, the medium class was now called the E-Class, and the model designations followed a modified system. This involved a letter designating the vehicle's class preceding a three-digit number which, as before, was based on engine capacity. The E for Einspritzmotor (injection engine) was no longer needed, as carburettor engines were now a thing of the past. As for the body variant, that was quite obvious just from looking at the vehicle, so the C and T coding was also allowed to lapse. For the diesel models, the D that had been used up till then was replaced by the word Diesel or Turbodiesel after the figures. So under the new rules, the 250 TD, for example, was designated as E 250 Diesel T-Saloon. The word DIESEL on the right of the boot lid could be removed at the customer's request, as could the entire model plate.

For those looking for a little more from an estate, the E 36 AMG, available from September 1993, provided enhanced performance with a 195 kW 3.6-litre four-valve AMG engine. And with its subtly enlarged mounted parts, this new top-of-the-range model from the 124 estate range also stood out aesthetically from its less dynamic sister models. Front spoiler, side skirt and rear apron were finished in the same colour as the vehicle and integrated harmoniously with the body form. As-standard 17-inch alloy wheels with an AMG design completed the package.

In February 1996, the second generation estate models were discontinued, following on from the retirement of the 4MATIC models in the spring of 1995. Over a ten year period, a total of 340,503 vehicles had been produced in Bremen. Two months later, the successor models went into production, this time in Sindelfingen. Part of the 210 series, they had been unveiled at the Geneva Motor Show in March. But estate production was not yet over at the Bremen plant. The new C-Class estate, which appeared at the same time as its big brother, is built exclusively in Bremen alongside the saloon. 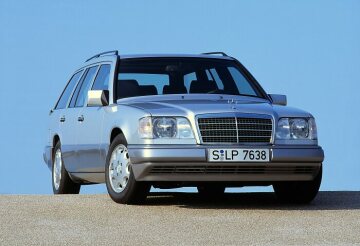 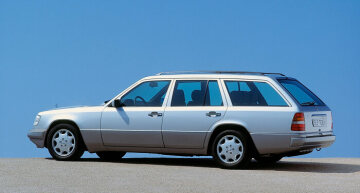 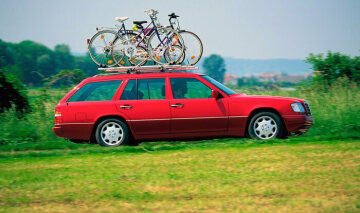 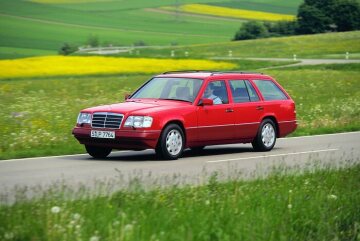 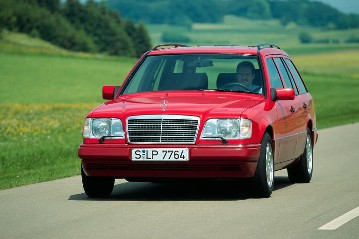 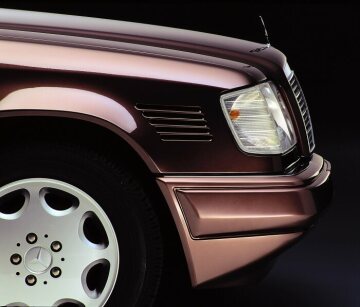 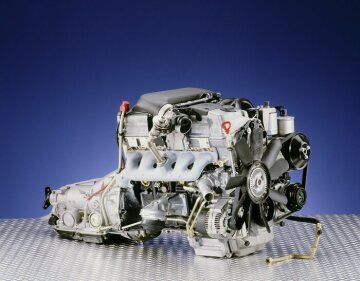 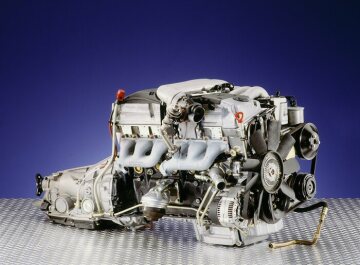 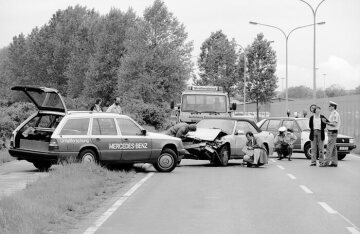 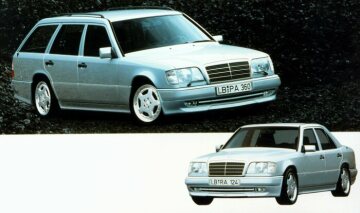 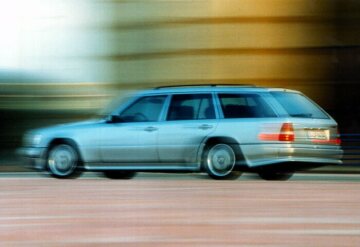 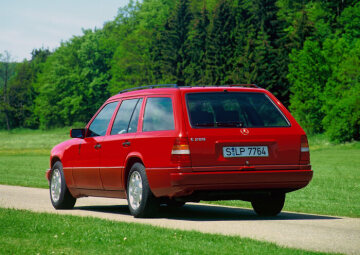