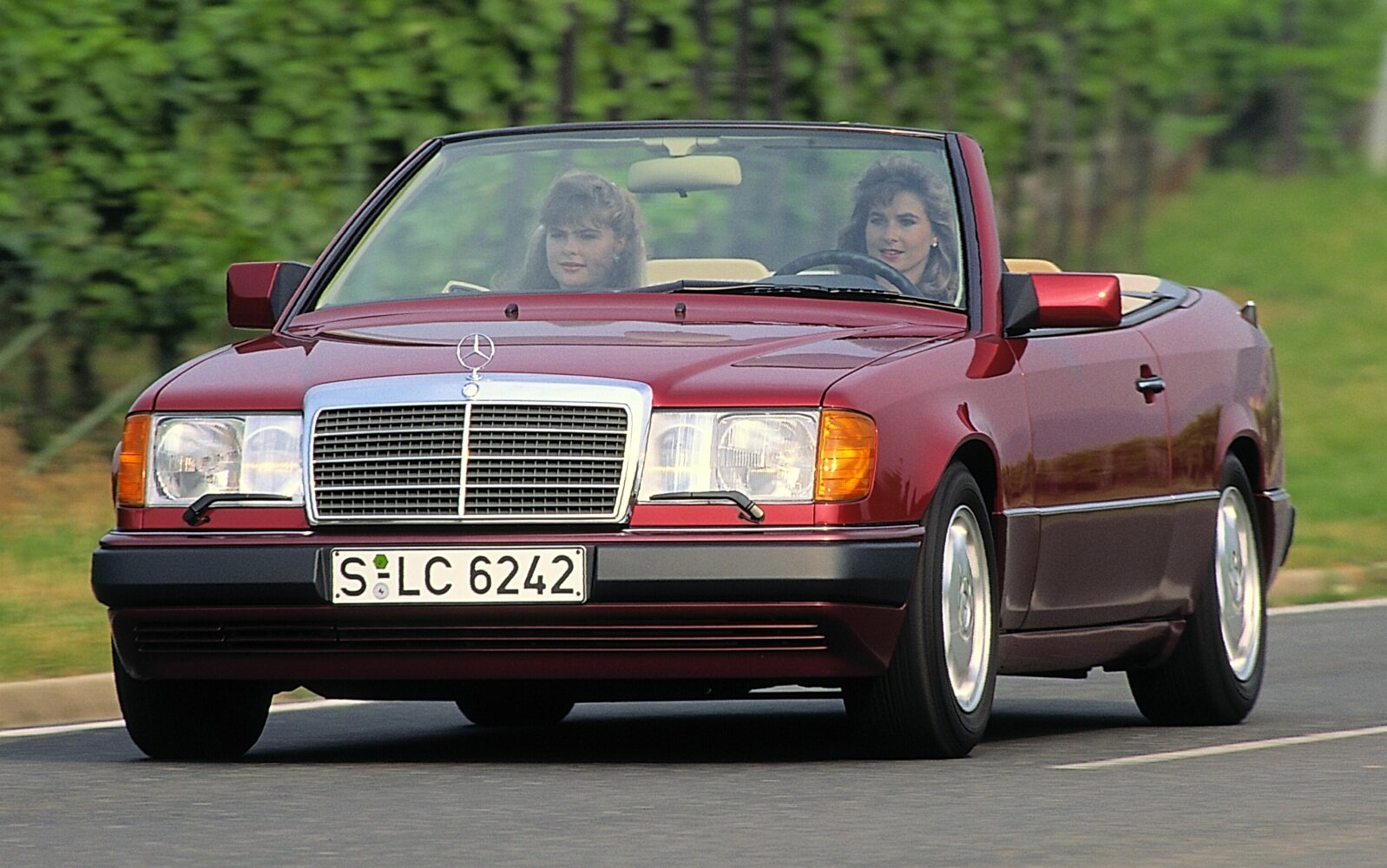 In September 1991, at the IAA in Frankfurt a fifth body variant of the medium-size class was presented - the 300 CE-24 Convertible. For the first time after a break of 20 years a four-door convertible was offered again. The development of the open variant, in which the coupé served as base, was carried out with high constructive efforts. In spite of the good fundament, about 1,000 new parts had to be newly constructed for stiffening the body. For almost all structural parts a thicker or high-strength steel sheet was used. All highly stressed spots were provided with additional reinforcements in the form of connection plates or braces. Especially efficient were the diagonal struts, already known from the SL. They secured the four corners of the body floor with the engine cross member and the spare-wheel pan. More than 130 kg additional sheet metal was necessary in order to compensate for the 28 kg of the missing coupé-roof. The result was a body which in its torsional stiffness was hardly inferior to the saloon. A further important point of improvement were the comfort-reducing body vibrations, a weakness of open vehicles based on their system. The goal was to reduce them to saloon level. It was reached by four vibration absorbers, allocated in the left damper strut, in the roof frame and in the lateral boot recesses. This increased the weight of the vehicle by another 26 kg. Due to the above-mentioned body reinforcements, the safety standard, known from the saloons, the estates and the coupés, were also fulfilled by the open version - at least in respect to front, rear or lateral impact behaviour. In case of an overturning special safety measures had to be taken. In order to compensate largely for the missing lateral roof frame, all A-pillars within the potential pressure area had been welded in with inboard profile sheets to one stable unit. Thus in the critical roof crush a depth stability level similar to the saloon was achieved. Extreme experiments, in which the whole vehicle had been suspended by one A-pillar, proofed the stability of the construction in an impressive way. A complete safety system, however, was only guaranteed in combination with an automatic rollover-bar. The construction known from the two-seater SL was not applicable to the 300 CE-24 convertible. In case of an automatic raising of the rotating bar the rear passengers could have had unfavourable contact. Therefore a linear bar was developed and allocated behind the rear seats. At an imminent rollover this bar shot up almost vertically within 0.3 seconds in order to serve as head rests for the rear passengers. For this purpose the rollover protection could also be manually extended and retracted. The fully folding hardtop convinced by a great number of well-reasoned technical details. When concealed, the 43 kg heavy, highly precise high-tech construction with its 27 linkage parts and 34 joints only took a volume of 80 ltr. Thus the boot remained spacious. A catch groove at the front roof pillars provided for water drainage in bad weather. A large heated rear window of safety glass was flush-bolted with the outer skin by a double frame and provided a back view without distortion. A special equipment, an electrohydraulic folding-top actuation, improved control comfort. It worked at 180 bar operating pressure with six compact hydraulic cylinders. The hydraulic unit was allocated at the right boot recess. Ten valves and twelve electric limit switches regulated the smooth operation of three swivelling motions as well as the correct snapping into place of the various latches. They also monitor the safe locking during driving. The series production of the 300 CE-24 Convertible only started six months after its presentation in Sindelfingen. Already six months later the convertible, like all models of the medium-size class, received a considerably improved interior equipment. It now included the airbag for the driver as well as electronically controlled outside mirrors left and right. A central locking system and a 5-speed gearbox, which had been included into the basic equipment of 124 series models at the same time, had been part of the standard equipment from the very beginning of the convertible production. 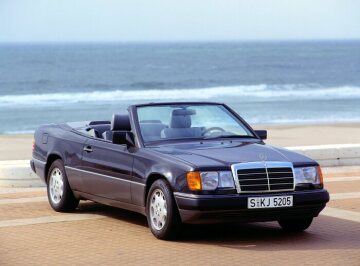 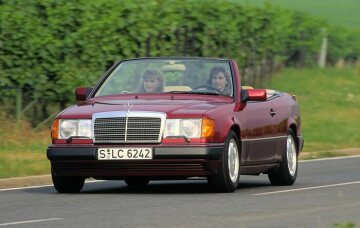 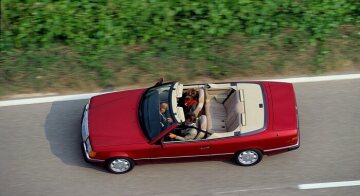 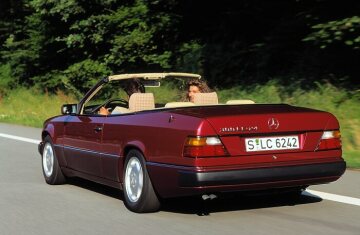 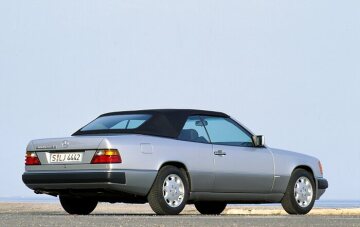