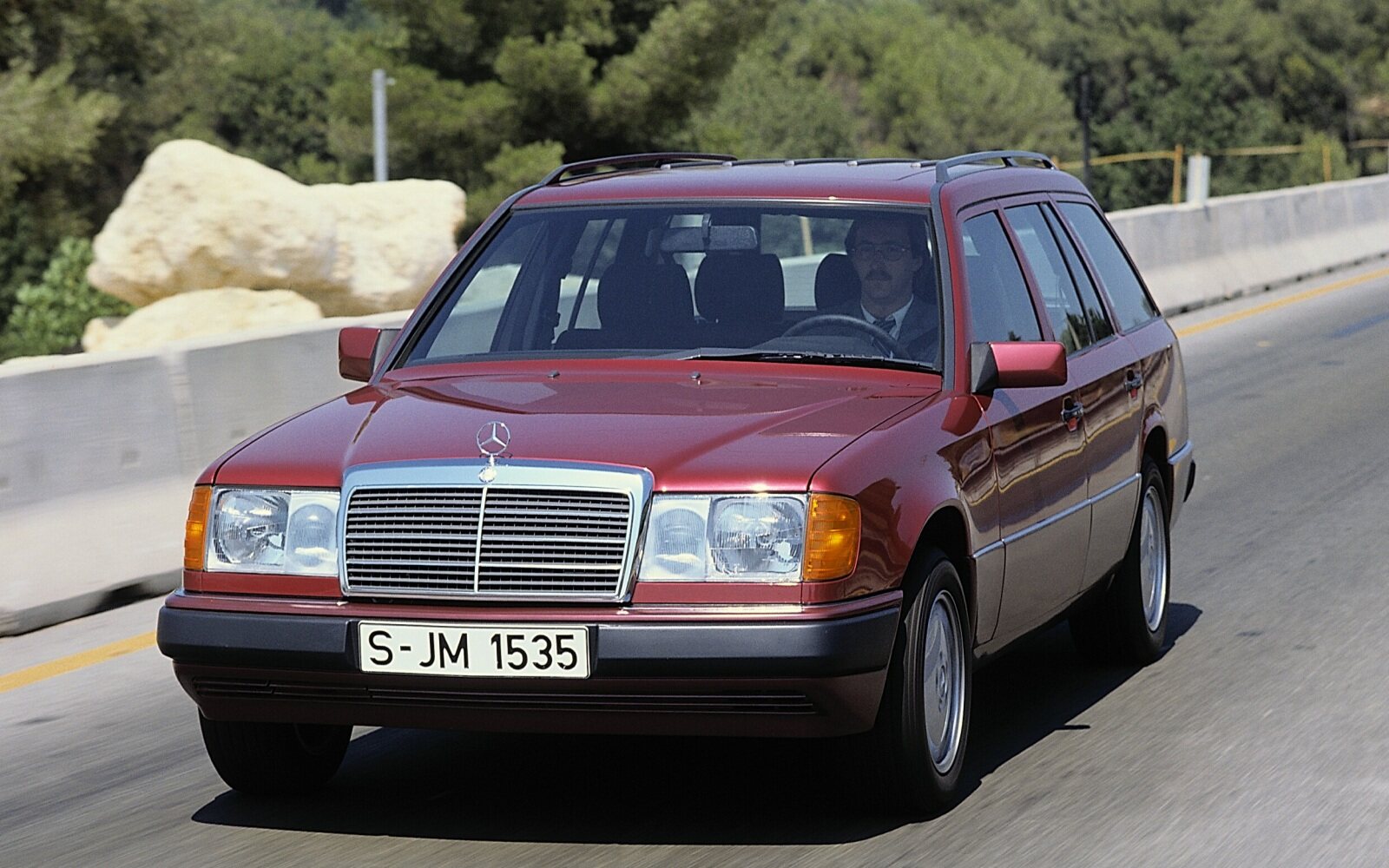 The IAA Motor Show in Frankfurt in September 1989 saw the unveiling of a completely revised model range in the medium class, the modifications consisting mainly of restyling to the body and a refit of the interiors. The most distinctive feature of the revised models was the side rub strips combined with integral side skirts, which had already been introduced in similar form two-and-a-half years earlier for the coupés. At the upper edges of the side skirts, narrow polished stainless steel trim strips were now additionally fitted and continued along the tops of the front and rear aprons, bringing back the long-absent (and much-missed) chrome finish in understated form. This effect was enhanced by chrome trim elements on the door handles and modified hub caps, on which the three-pointed star and a narrow trim ring on the circumference were also chrome-plated. Other changes concerned the colours of the mounted parts. The front and rear aprons and lower tailgate handle, and if requested the hub caps, were given a colour in keeping with the exterior paint, as were the side skirts, while the exterior mirror casing and the upper tailgate handle were the colour of the vehicle body. The interior was also given a makeover, with improved seats front and rear and various enhanced details.

As well as the above design and equipment enhancements, the revised 124 series model range unveiled at the IAA also featured five completely new models, including an estate. With the 300 TE-24, a particularly powerful new variant was introduced, once again based on the modular system and making good use of the 220 hp 3.0-litre four-valve engine from the 300 SL-24. Due to different installation conditions, however, it was not possible to use the same catalytic converter cross-section that had been used in the SL. For this reason the rated output was 11 hp lower.

In June 1990, production of the 250 TD TURBO began. Made exclusively for the Italian export market, its supercharged 2.5-litre five-cylinder diesel engine with 126 hp was already familiar from the saloon. Externally, the new estate resembled the 300 TD TURBO and the two saloons: All four turbo diesel models had air intake vents in the front apron and five additional vents on the front right wing.

In June 1991, production of the 200 TD was discontinued. From the start, it had played only a minor role in the company's sales programme and in March had been dropped entirely. For prospective estate car purchasers, an engine performance of 75 hp was never going to prove particularly exciting, especially with a full load.

A year later in September 1992, after the two millionth vehicle in the 124 series had rolled off the production line in June, a revised medium class model programme was presented. While the first facelift (in autumn 1989) focused on stylistic changes, this time the emphasis was on the engine and fittings. The petrol models featured a thoroughly revised engine range completely converted to four-valve technology. As part of the new M 111 engine series, two four-cylinder power plants with 2.0 and 2.2-litre capacity replaced the time-tested two-valve engine from the M 102 model family. The new engines were distinguished by increased output and higher torque over the entire engine speed range. At the same time, fuel consumption was down. Thanks to an increase in the volume of the catalytic converter, harmful emissions were also reduced. The successors to both of the two-valve six-cylinders and the 3.0-litre four-valve version were two new four-valve power plants with 2.8 and 3.2-litre capacity. These engines, like the old 3.0-litre four-valve unit, belonged to the M 104 series, but had a modified bore-to-stroke ratio. All four- and six-cylinder engines now had the same bore, which allowed for a more flexible and economical manufacturing process. The new 2.8-litre engine surpassed the proven two-valve engines of the M 103 model family in power and torque without consuming more fuel. In the 3.2-litre variant, which had already proved itself in the S-Class, the rated output was the same as that of the old 3.0-litre four-valve unit, but it was reached sooner, at 900 rpm. The maximum torque was significantly higher and was also reached at lower engine speeds. Despite the obvious improvements of the 3.2-litre power plant, the 3.0-litre version wasn't withdrawn entirely and remained in use for the 300 TE 4MATIC. 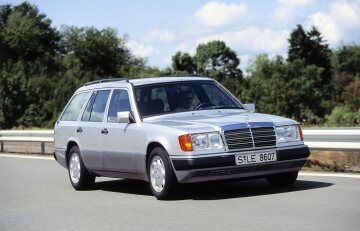 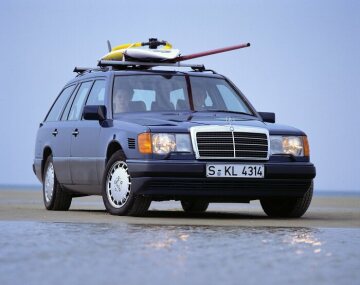 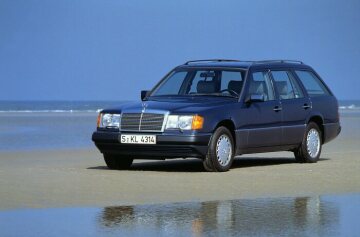 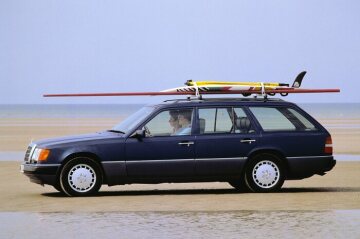 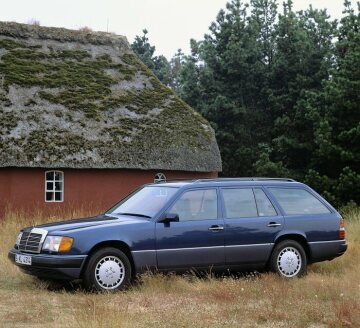 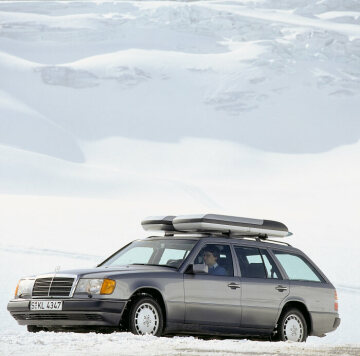 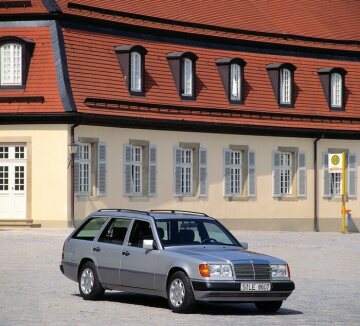 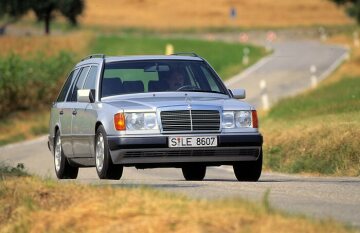 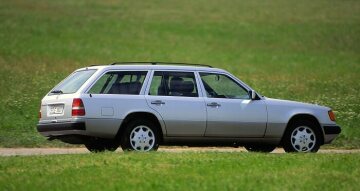 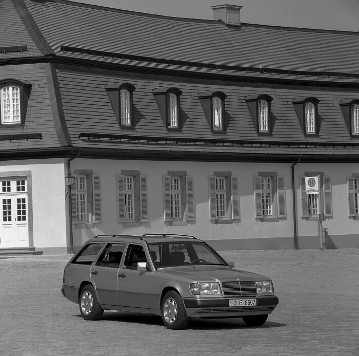 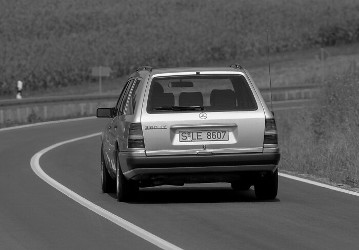 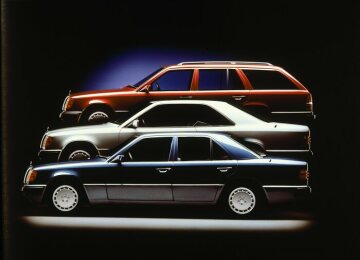 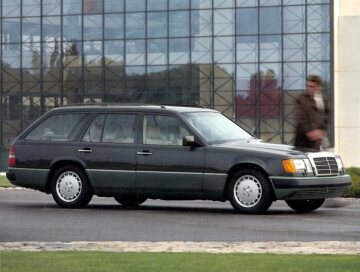 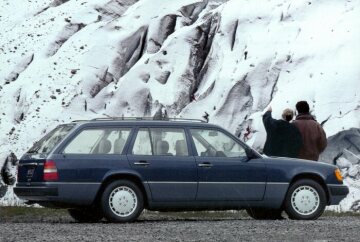 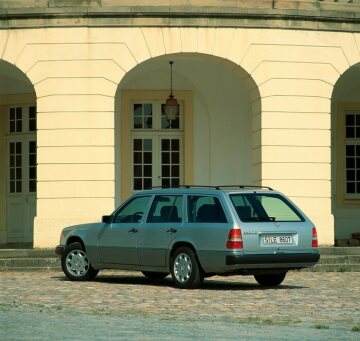 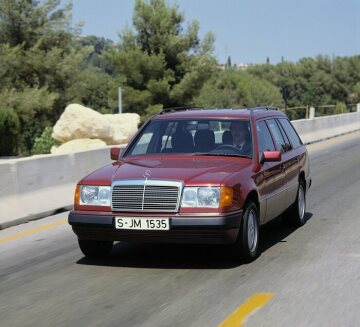 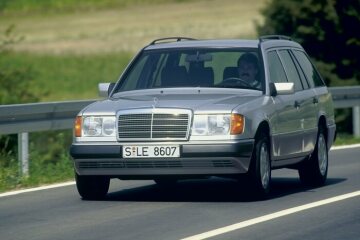 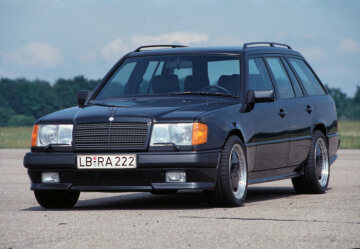 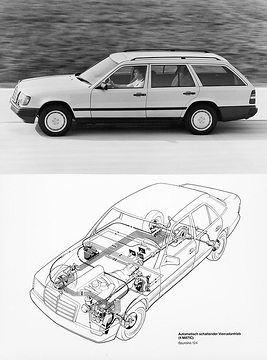