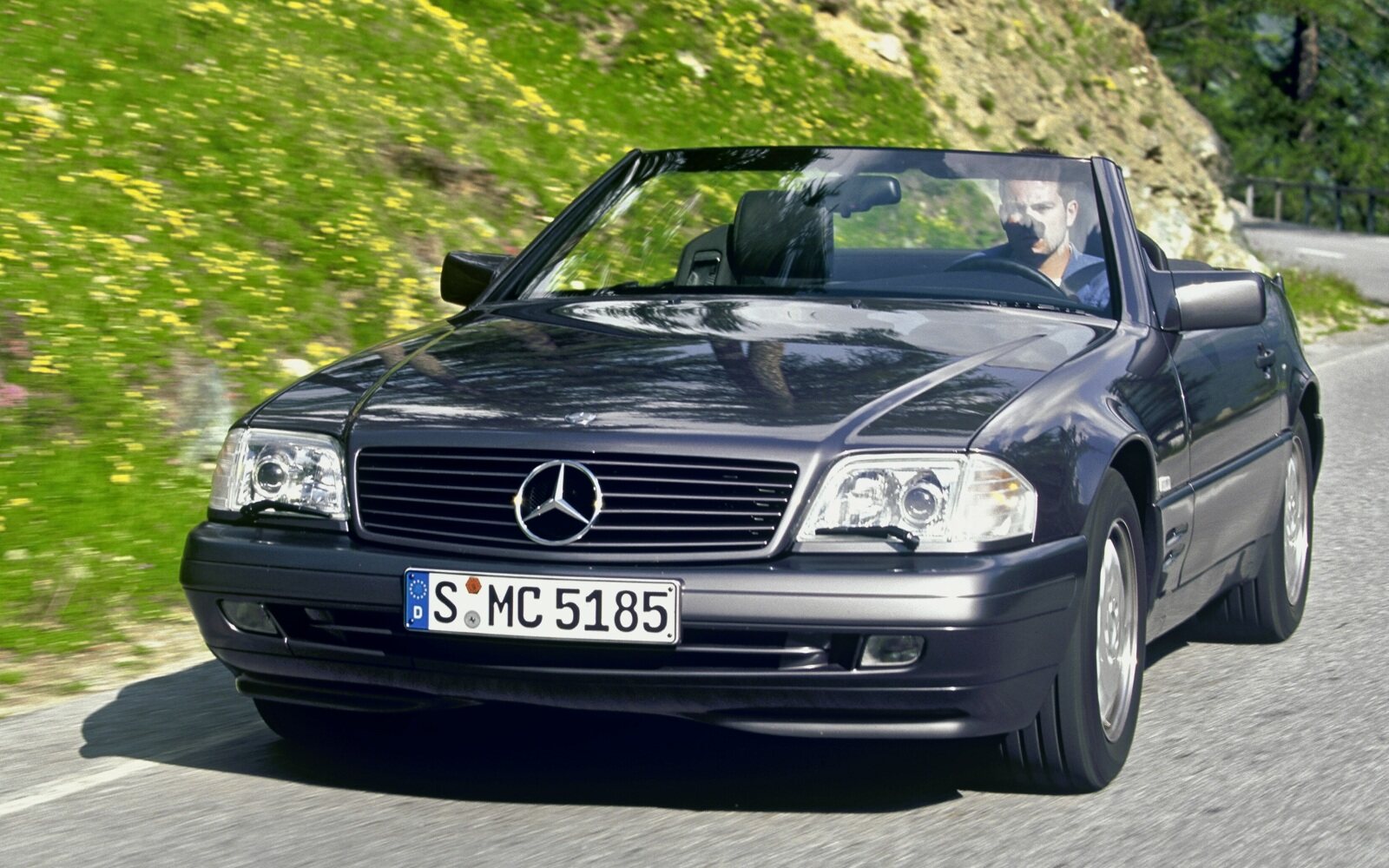 Visually and technically refreshed SL models were showcased at the Frankfurt International Motor Show in September 1995. The facelifted variants featured modified body styling, more comprehensive standard equipment and optimised engineering. The body styling had only been changed slightly, but redesigned front and rear bumpers, colourless glass covers on the front indicators and subtle changes to the radiator grill, now with only six slats, made the SL look even more dynamic. The side skirts and bumpers that were previously a contrasting colour were now body coloured and were fitted with the modified vents that were a distinctive feature of the facelifted models. Further new features were the bichromatic tail lights that appeared a uniform red and new, twelve-hole, alloy wheels that were fitted to all SL models as standard. A glass roof with sun-blind could also be fitted as an option instead of the usual aluminium hardtop. Inside, the door panelling, steering wheel and seat design had been modified.

Headlights with xenon-gas-discharge lights that had first been introduced in the new E-Class a few months previously were now also available in the SL-Class. Compared with conventional halogen headlights, the new xenon lights generated twice the intensity of light and consequently provided better, brighter illumination of the road ahead. Dynamic headlight range control prevented oncoming drivers from being dazzled. A world first was introduced simultaneously for the SL-Class and S-Class, Mercedes-Benz being the first vehicle manufacturer to launch cruise control for 30 km/h zones, which it fitted as standard on the facelifted SL models.

Other technical improvements related to the engines and transmissions of the SL 500 and SL 600 models. From September 1995, five-gear automatic transmission with a torque converter lockup clutch that had been developed from scratch came into use on both models to replace their previous transmission systems that had hydraulic control. At the heart of this technological marvel was an electronic transmission control unit which adapted gear-shifting rapidly and automatically to any given driving situation and which continuously exchanged data with the electronic engine management system. In addition to these pioneering innovations, the new automatic transmission was also much more compact and lighter than comparable five-speed transmissions. To further improve fuel consumption and reduce harmful emissions the engines underwent more revisions. The 5.0-litre V8 engine was given a modified crankshaft, an optimised valve control system, lighter pistons, dedicated ignition coils for each cylinder and an improved electronic engine management system of the Motronic ME 1.0 type. Modifications to the V12 engine were less extensive and affected only the arrangement of the ignition coils and the electronic engine management system. As a result of the various engine modifications and the use of the new automatic gearbox, it was possible to cut the SL 500 and SL 600 models' fuel consumption by 10 percent without affecting their performance.

September 1995 also saw the introduction of the ESP electronic stability programme as an option for both models. The system helped the driver to correct driving errors by automatically counteracting momentary instability through sensor-controlled brake intervention, thereby contributing to road safety. ESP was available as an optional extra on the SL 500 although it was already standard on the twelve-cylinder model.

The new automatic gearbox with electronic control also became available for the six-cylinder SL 280 and SL 320 models from June 1996 – as an optional extra on the 2.8-litre version but as standard on the SL 320. From December 1996, six-cylinder SL models with this gearbox could also be fitted with the ESP driving dynamics system. At the same time a new innovation had its world premiere as an additional active safety feature – Brake Assist, which was fitted as standard in all 129 and 140 models from December 1996. Brake Assist (BAS) is able to recognise emergency braking situations and, if required, to boost brake power to maximum more quickly than was previously the case, thereby shortening stopping distances considerably. In early April 1998, the ESP electronic stability programme was added to the standard equipment fitted to the SL 500 and SL 60 AMG models. 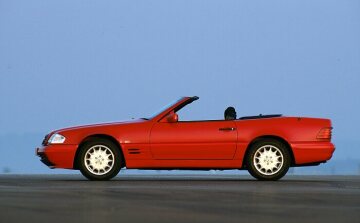 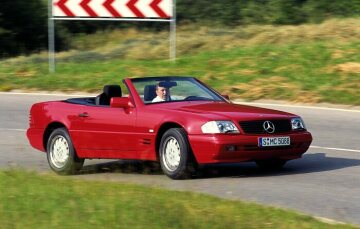 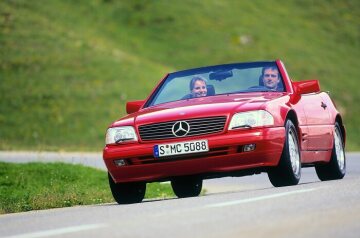 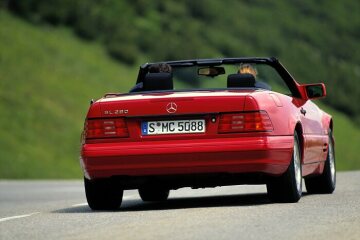 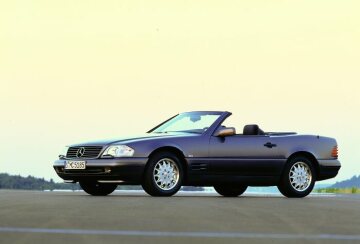 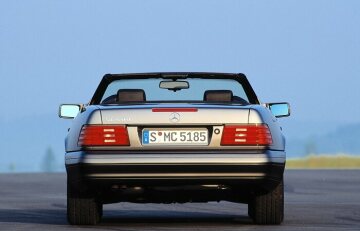 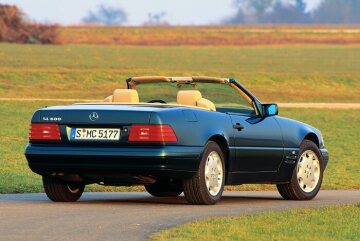 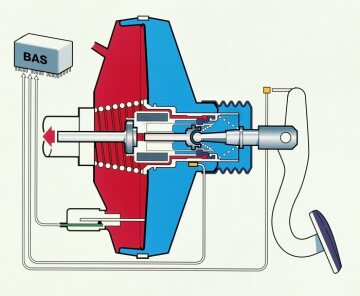 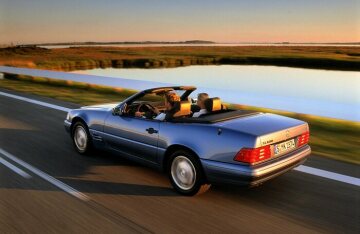 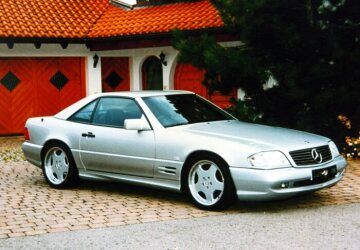 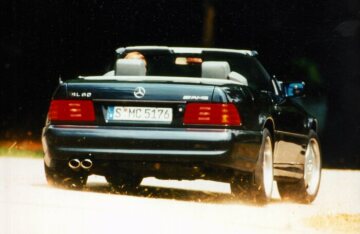 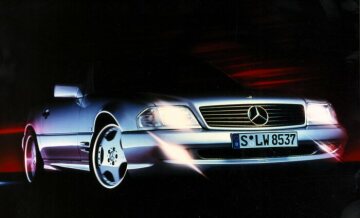 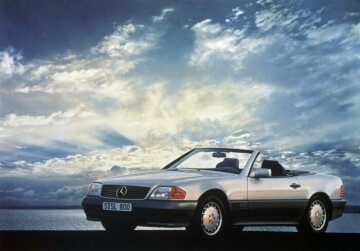 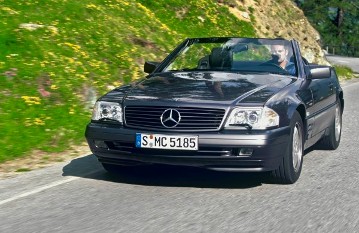