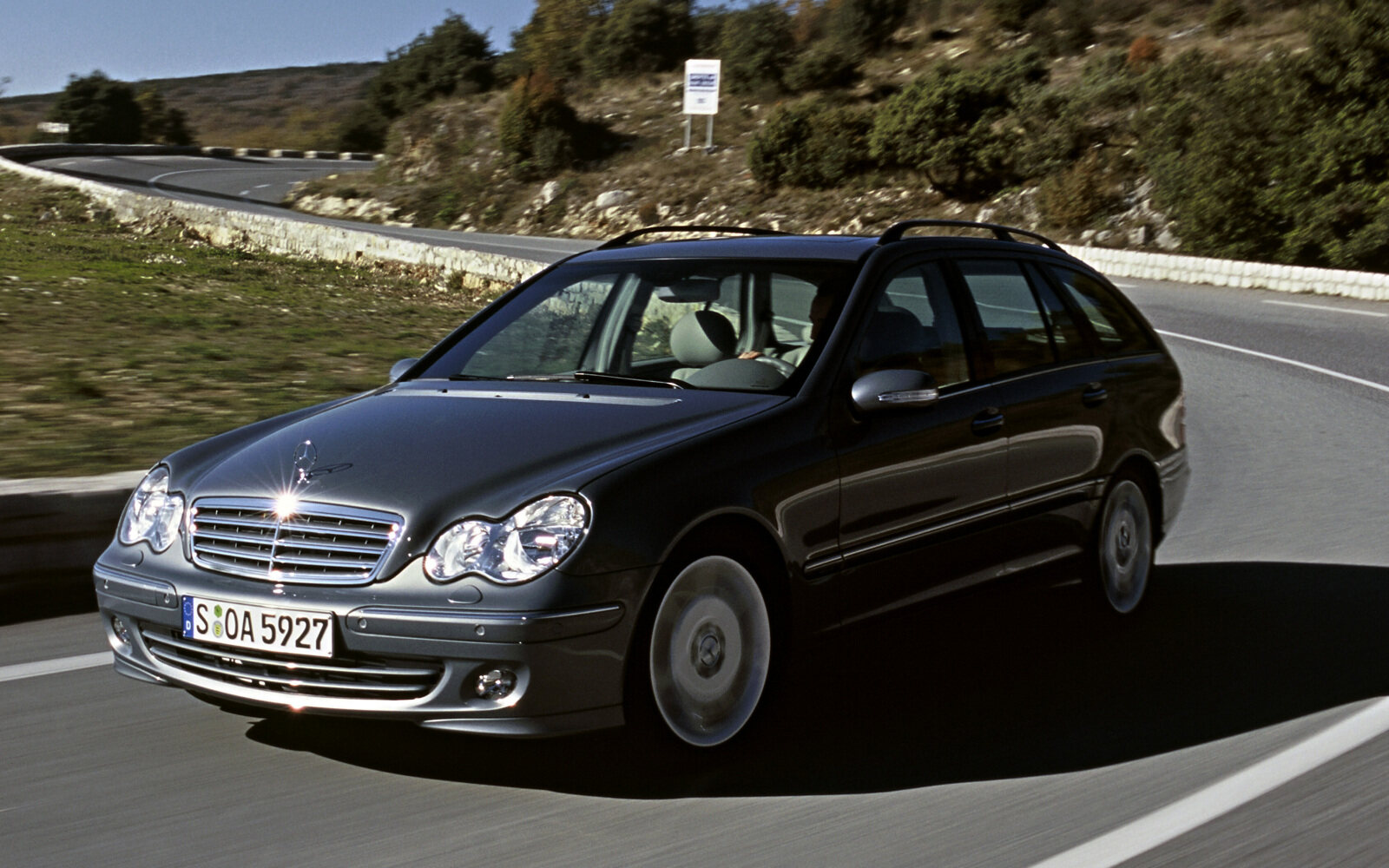 In spring 2004 (four years after its launch), Mercedes‑Benz further enhanced the Estate along with the other successful C‑Class body variants in terms of engineering, equipment and design. As part of the facelift, the model series got a new top-of-the-line model, the C 55 AMG, with a V8 engine appearing for this time in this series. The following Estates were now available: C 180 KOMPRESSOR, C 200 KOMPRESSOR, C 200 CGI, C 230 KOMPRESSOR, C 240, C 240 4MATIC, C 320, C 320 4MATIC, and C 55 AMG. Another fresh addition besides the C 55 AMG was the C 230 KOMPRESSOR. While the entirely new developed high-performance, sporty Estate succeeded the C 32 AMG, the engine in the C 230 KOMPRESSOR had already been on offer in the C‑Class Sports Coupé.

Following deep revision, Mercedes‑Benz had now reinforced the C‑Class's proven characteristics while setting new standards in dynamism, comfort and quality feel. A more dynamic exterior appearance came courtesy of the redesigned front bumper in particular with a striking, sports car-like lower air intake and the equally new radiator grille, which looked wider with three louvres and therefore more powerful. Depending on the model and equipment, the louvres were either painted or perforated for a sporty look. The headlamps on the Mercedes‑Benz C‑Class now featured a clear glass look as standard. The track width was increased from 1493 to 1505 millimetres with 16‑inch wheels as standard and wide 205/55 R 16 tyres also strengthening the C‑Class's dynamic look. In addition, the CLASSIC and ELEGANCE lines were given the more sporty side sill panels and rear bumper of the AVANTGARDE model.

For a more lasting shine, the facelift involved a newly developed, more scratch-resistant clear coat as standard based on nano technology, thus underlining Mercedes‑Benz's commitment to long-term quality. The designers had also upgraded the interior. Evidence here included the understated chrome trim on various instrument panel controls, as well as newly developed switches and a modified seating design. The latter feature was more in tune with the line's character and boosted seating comfort even further. White, illuminated round dials in the style of high-quality chronometers formed the centrepiece of the completely redesigned cockpit with its vertical central display.

The entry-level CLASSIC model was equipped as standard with new fine wood trim ithat shaped the high-quality appearance of the centre console and tunnel trim. On the AVANTGARDE line, there was a choice of either aluminium or bird's-eye maple, a fine wood. The seats in this model variant were covered as standard in a combination of fabric and ARTICO, a new man-made material.

Various technical modifications were made to the chassis, steering and manual transmissions of the C‑Class for even better driving dynamics. Named DIRECT CONTROL, this package of measures included newly developed bearings on the front and rear axles for more agile cornering without compromising on comfort, a more direct steering ratio and retuned standard and sports suspensions. The new standard six-speed manual transmission stood out for its ease of operation, high-precision shifting and short shift travel. On the C 320 and models with the sports package/AMG sports package, Mercedes‑Benz included a sporty transmission with significantly shorter shift travel.

Previously only available in the Sports Coupé, Mercedes‑Benz added a 141 kW (192 hp) supercharged engine to the range of power units for the Estate. With maximum torque of 260 newton metres, the four-cylinder engine propelled the C 230 KOMPRESSOR from 0 to 100 km/h in 8.7 seconds and enabled a top speed of 235 km/h. Thanks to the TWINPULSE system, which combined various technologies such as a belt-driven supercharger, balancer shafts, intercooling, variable camshaft adjustment and a four-valve-per-cylinder design, the Estate's engine consumed just 9.3 litres of fuel per 100 kilometres (NEDC combined cycle).

The output of the proven four-cylinder diesel engine in the C 220 CDI increased to 110 kW (150 hp) from 105 kW (143 hp) previously. Its advanced engine featured second-generation common rail direct injection and exemplary running smoothness thanks to the balancer shafts. Fuel consumption amounted to just 6.5 litres per 100 kilometres (NEDC combined cycle in the Estate). Thanks to the technically sophisticated, additive-free particulate filter system, the diesel C 200 CDI and C 220 CDI models were compliant with the emission limits of the Euro 4 regulation from 2005.

In the shape of the new C 55 AMG, for the first time Mercedes‑Benz offered an eight-cylinder engine in the model series 203 C‑Class, thereby opening up a further dimension in thoroughbred sports car performance: 270 kW (367 hp) and maximum torque of 510 newton metres were the best statistics in this vehicle class. From a standstill, the Estate version of the C 55 AMG accelerated to 100 km/h in only 5.4 seconds, delivering a high level of sporty fun at the wheel by way of the standard AMG sports suspension, five-speed automatic transmission with steering wheel shift buttons and AMG SPEEDSHIFT.

Outwardly the new top model differed from the other variants with its distinctive front end design with elliptical twin headlamps and a front end extended by some 80 millimetres compared to other C‑Class models. This created space for the powerful V8 engine. Through their individual design, the side skirts, boot lid and rear bumper also emphasised the high-performance nature of the eight-cylinder version. Other special features of the new C 55 AMG were 18-inch alloy wheels, 225/40 R 18 (front) and 245/35 R 18 (rear) tyres, AMG sports seats covered with Alcantara and a distinctly sporty instrument cluster with silver dials. This model replaced the previous C 32 AMG.

Living up to its reputation for trendsetting technology within its market segment, the facelifted C-Class included a number of innovations to boost safety and comfort even further. One example was the bright bi-xenon headlamps which Mercedes‑Benz combined with a special cornering light function. This function was integrated into the front fog lamps for the first time, thereby illuminating the area next to and in front of the vehicle at a wide angle in order to see pedestrians and cyclists more easily when cornering. As a further benefit, this also improved visibility on tight bends.

In 2004 LINGUATRONIC, an optional voice-operated control system for the car phone and various audio device functions, a more powerful generation of car radios and a 320-watt surround sound system found their way into the C‑Class.

Two new C‑Class models with a V6 engine were also unveiled by Mercedes‑Benz in the spring of 2005, with the C 320 CDI and C 350 Estates standing out as having the most powerful engines with the highest torque in this vehicle class. Also new was the Sport Edition special model which expressed the dynamic quality of the C‑Class more forcibly in a visual way as well. The 165 kW (224 hp) C 320 CDI now headed up the C‑Class range of diesels and replaced the previous five-cylinder, in-line engine (125 kW/170 hp) with an 32-percent increase in output. In conjunction with the seven-speed automatic transmission 7G-TRONIC, now available as an option for the C‑Class for the first time, maximum torque was up by more than 27 percent to 510 newton metres.

The C 350 had the most powerful V6 petrol engine in this vehicle class. With an output of 200 kW (272 hp) and 350 newton metres of torque, this engine was significantly more advanced than any similar V6 unit. Compared with the existing six-cylinder model in the C‑Class, the new C 350 delivered around 13 percent more torque and 25 percent higher output. These remarkable output and torque characteristics came courtesy of an extensive technology package including variable camshaft adjustment on both the intake and exhaust side, a first for Mercedes‑Benz in V6 engines. This ensured that the 24 valves opened and closed at the optimum moment in any driving situation, thereby significantly improving gas exchange in the cylinders and reducing energy losses.

In autumn 2007 - six and a half years since the market launch and three years after the facelift - the C‑Class Estates underwent a generation change. With 373,873 units having been built by this time, the Estate derivative of model series 203 was replaced by the entirely newly developed Estates of model series 204. Totalling 80,783 vehicles, the most successful S 203 variant was the C 220 CDI Estate in the version with OM 646 engine produced from 2003. 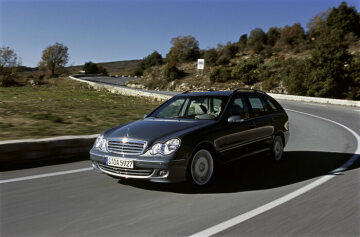 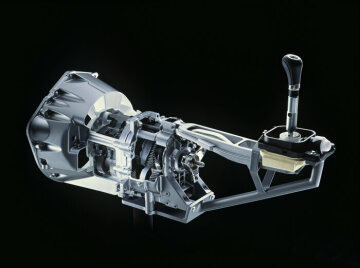 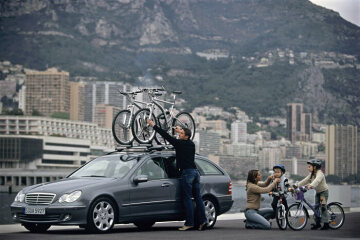 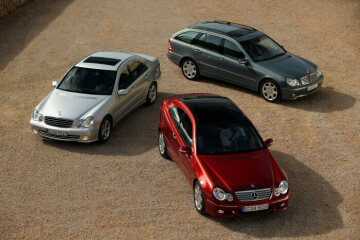 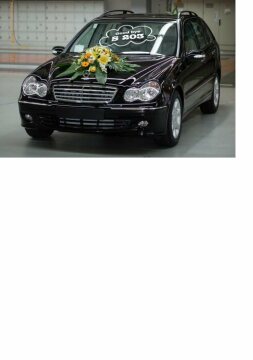 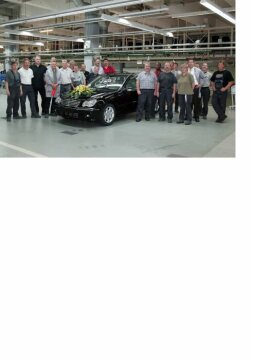 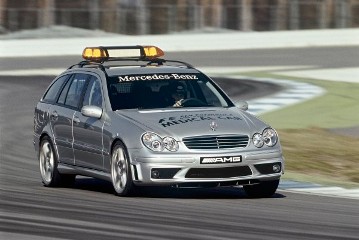 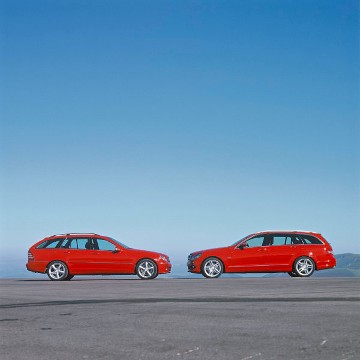 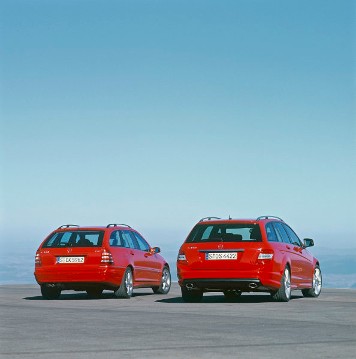 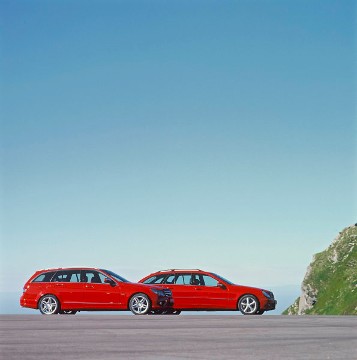 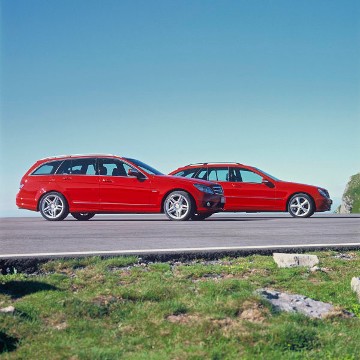 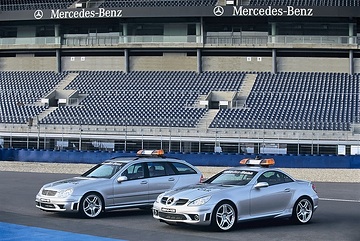 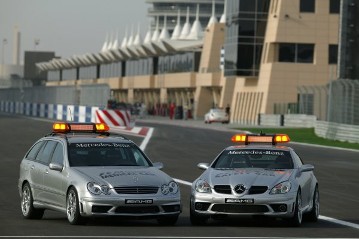 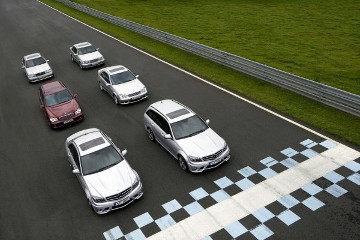 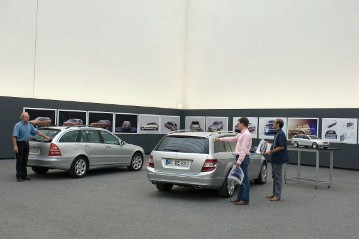 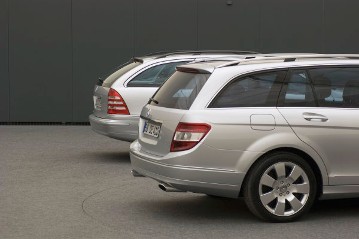