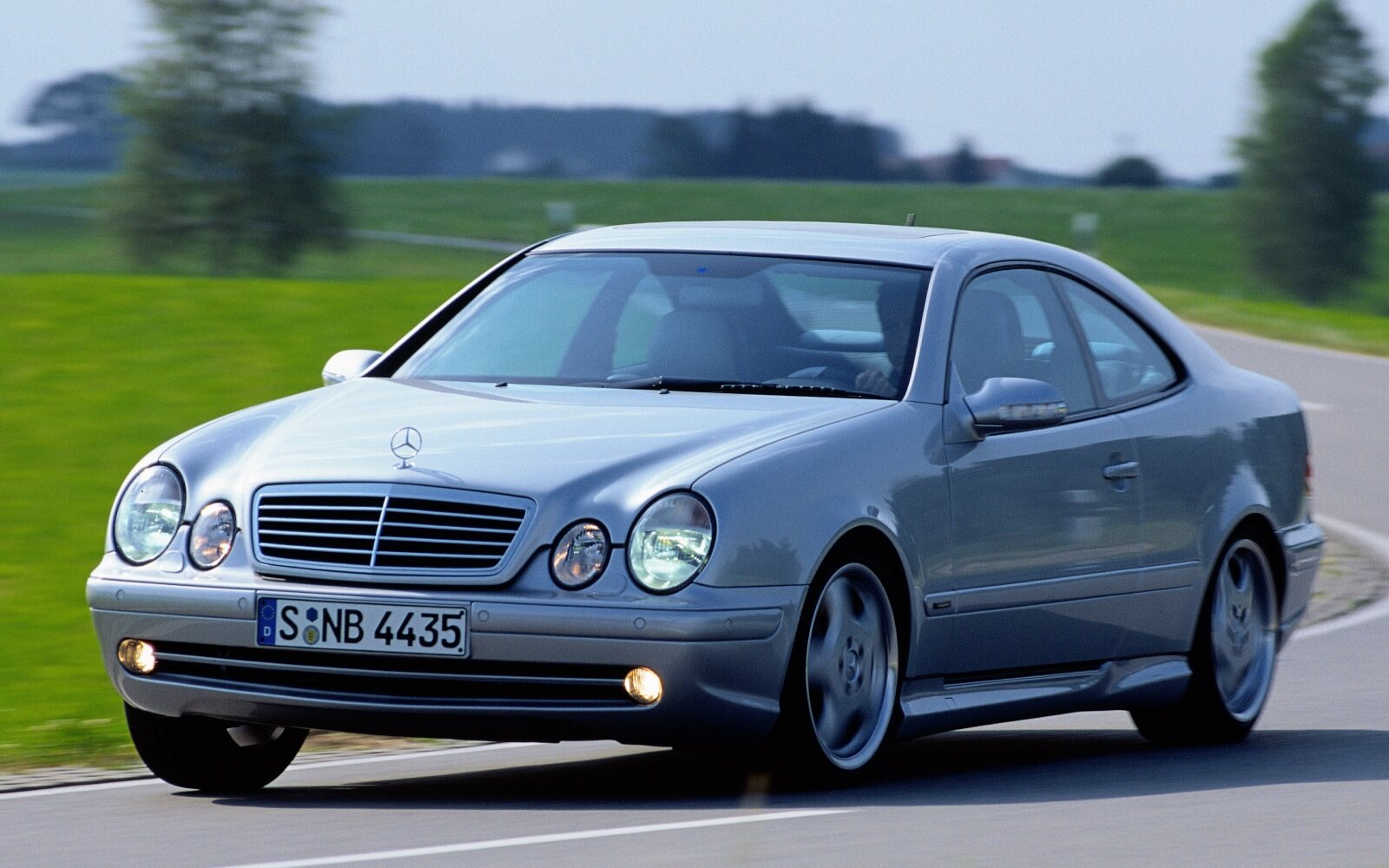 By August 1999 Mercedes‑Benz had significantly upgraded the design, technology and equipment of the entire CLK model series. The Coupé and Convertible received the same technical innovations that had also provided greater driving safety and ride comfort in the E-Class of model year 2000. Altogether the designers and engineers upgraded around 800 components of the CLK (model series C 208) - more than 200 of these modifications being visible.

The expanded standard equipment included newly designed bumper aprons in the front and rear, side skirts and protective strips in the vehicle colour, exterior mirror housings with integrated indicator repeaters, vertical and horizontal electric adjustment of the front seats, seat belts in front with automatic comfort-fit feature, a central display in the instrument cluster, a multifunction steering wheel for operating the audio units and telephone, exit lamps in the doors, the 'Audio 10' RDS car radio, the ESP®  Electronic Stability Program, cruise control and SPEEDTRONIC. This upgrade of the standard equipment continued Mercedes‑Benz's persistent value-for-money strategy with the CLK as well. The benefit to the customer came to about DM 2500.

As previously, two individual design and equipment lines were available for the facelifted CLK. Mercedes‑Benz replaced the previous 'Sport' line with the more exclusive 'Avantgarde' line, distinguished by 16‑inch light-alloy rims with a seven-spoke design, door handles in vehicle colour, blue-tinted glass, bird's-eye maple wood trim and grey-coloured dials in the instrument cluster, among other features. For the interior equipment, three colour combinations were available for this model variant.

The list of optional extras also contained innovative new developments from the E-Class and S-Class. At its head stood the COMAND operating and display system, combining car radio, navigation system and CD player. Instructions from the electronic traffic pilot appeared in the form of a map on a colour display in the centre console and as icons on the central display in the instrument cluster.

At the top of the CLK model line from August 1999 was the CLK 55 AMG, whose suspension and drive technology corresponded to the then safety car of the Formula 1 World Championship. The core of this high-performance coupé was a V8 engine developed by Mercedes‑AMG, with 255 kW (347 hp) of power and a respectable torque of 510 newton metres, available at engine speeds between 3000 and 4300 rpm. The CLK 55 AMG accelerated from 0 to 100 km/h in 5.4 seconds, and covered the standing kilometre in just 24.3 seconds. The fuel consumption was 11.7 litres per 100 kilometres (NEDC overall consumption).

The AMG engine, based on the 8-cylinder engine of the S 500, featured cast aluminium pistons effectively cooled by means of special oil spray nozzles. The intake tract was double-flow and in combination with efficient camshafts adopted from motorsport and the newly developed variable intake manifold provided a very good cylinder charge, as evidenced by the exemplary torque characteristics.

Compared with the Mercedes‑Benz CLK 430, the CLK 55 AMG was lower by about 25 millimetres and fitted with firmer shock absorbers, reinforced stabiliser bars and modified springs. Four large vented disc brakes with diameters of up to 334 millimetres guaranteed optimal deceleration. The ESP® Electronic Stability Program was also part of the standard equipment of the high-performance coupé.

AMG light-alloy wheels and 17-inch tyres boosted the sporty appearance and contributed to the good roadholding of the coupé. Mercedes‑AMG had upgraded the body design with a front apron with integrated front fog lamps, dynamically shaped side sills and a special rear apron. Seats, door panels, sport steering wheel and automatic transmission selector lever were covered with fine leather, two-tone leather was available as an optional extra. Multicontour backrests for the driver's and front-passenger's seats, seat heating, automatic climate control and stereo car radio were other standard-fit details in the interior of the coupé, enhancing both safety and comfort.

In June 2000 the four-cylinder models of the CLK with modified engines and standard-fit six-speed manual transmissions arrived at the branches and sales partners of the Mercedes‑Benz brand. The V6/V8 models CLK 320 and CLK 430 remained unchanged.

The CLK 200 KOMPRESSOR introduced a new 2.0‑litre engine with mechanical supercharger, already familiar from the SLK and the new C-Class. The engine generated 120 kW (163 hp) and was distinguished by exemplary elasticity thanks to a powerful torque of 230 newton metres from 2500 rpm. The new CLK entry-level version accelerated from 0 to 100 km/h in 9.1 seconds; top speed was electronically limited to 223 km/h.

The two four-cylinder engines were further developed with an eye to future emissions and noise limits and had over 150 of their components optimised. They included the cylinder heads, distinguished by flow-optimised intake and exhaust ports with oval cross-sections for better cylinder charging. The same purpose was served by a new, more compact combustion chamber design, which additionally reduced heat loss and thereby improved the response characteristics of the catalytic converter.

The camshafts of the four-cylinder engines were fitted with special Hall sensors, which determined the position of the piston in the first cylinder for better actuation of the corresponding injection valves during a cold start. The result was significantly improved starting characteristics of the cold engine. Also new was the electric radiator fan that supplied the engine with cooling air and could be controlled in the interest of low fuel consumption and low noise emissions. The air flow components and the intake manifold were modified for acoustic comfort, while a cover over the intake manifold additionally lowered noise emissions.

In spring 2003 the CLK Coupés of the first generation were succeeded by the entirely newly developed 209 model series. By May 2002 the Bremen plant had manufactured a total of 233,367 units of the success model. That was 65 per cent more than the coupés of the 124 model series, although the latter had been in production for nine years - and not just for five years, like the model series 208 coupés. The biggest seller was the CLK 320 with 68,778 units. 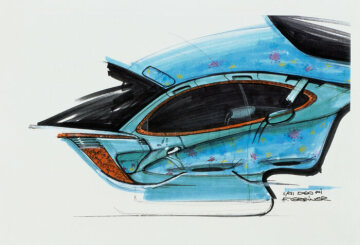 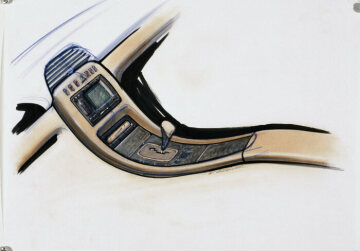 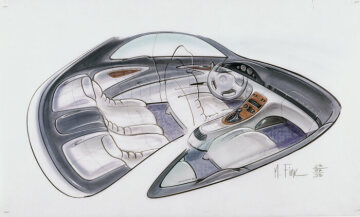 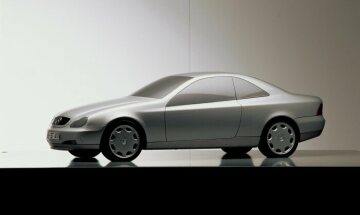 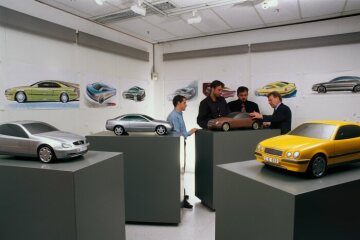