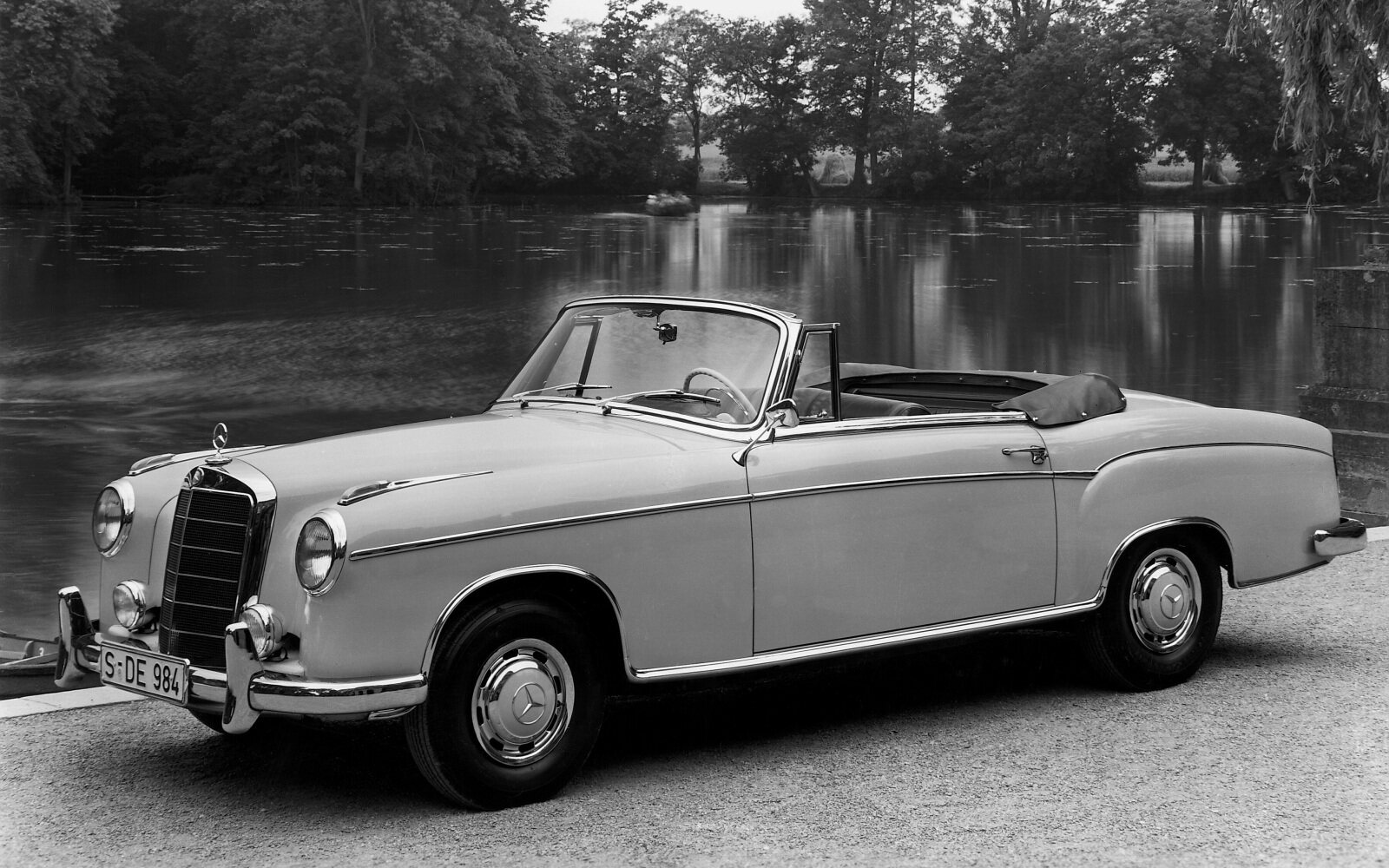 Two months after the last 220 Convertible A had rolled off the conveyor belt in Sindelfingen a successor, the 220 Convertible A/C, was presented at the International Motor Show in Frankfurt. This elegantly shaped new model, had technically been based mainly on the Type 220 a saloon, which had been produced for one and a half years then. However, the chassis was shortened by 120 mm. Deliveries of the aesthetically designed model were planned to start during the second quarter of 1956. However, this never happened, at least not according to plan - an open version of the 220 a was never produced.

The convertible manufactured from July 1956, was based instead on the 220 S, the successor of the 220 a, which had been presented in March. The exterior of the new convertible version was completely identical with the model, which had been presented at Frankfurt. A novelty, however, was the powerful 100 hp engine, taken over from the 220 S saloons. This unit gave the model, which had increased in weight by 60 kg because of the required body stiffness, adequate engine power. Three months after the convertible was launched, a coupé version appeared on the market, which was identcal with the open version except for its fixed roof.

In August 1957, improved versions of almost all types of the passenger car programme were presented, following the motto "even more value at no extra cost". The 220 S Coupé and Convertible, too, had undergone model revision which led to slight modifications and an increased engine power of 106 hp. Visible from outside were only the changed front bumper and number plate panel as well as the modified illumination of the rear number plate, which - as with the saloons - had been transferred to the bumper guards. Remarkable was the new hydraulic automatic clutch "Hydrak", which also had been presented in August, as an option for the coupé and the convertible.

At the same time as the saloons, i.e. from September 1958, both versions were also offered as 220 SE with fuel injection. Except for the engine, the coupés and convertibles, internally code-named W 128, corresponded to their carburettor-fitted sister models 220 S. The 2.2-liter 6-cylinder unit had a different carburation system, compared to the well-tried engine of the 220 S, however. As with the 300 d, carburation was effected via intermittent manifold- injection. A power increase to 115 hp was now possible. Improved driving performance and a more better fuel-consumption of the injection engine was only available at an extra cost of DM 1,900. For another DM 450 the automatic clutch "Hydrak" was available as an option.

In August 1959, three completely reconstructed 6-cylinder models with "fintail" body were presented and in the same month production of the "pontoon" saloons 219, 220 S and 220 SE ended. The production of the convertible and coupé continued only in the shape of the 220 SE model, however. The last carburettor versions rolled off the conveyor belt in October 1959. From August 1959 the modified injection engine of the Type 220 SEb was used for both models, which due to a straight intake pipe and steeper camshaft now delivered 120 hp. 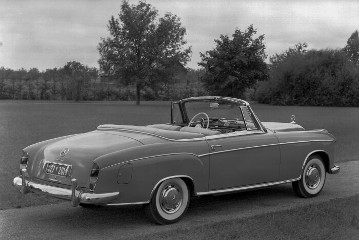 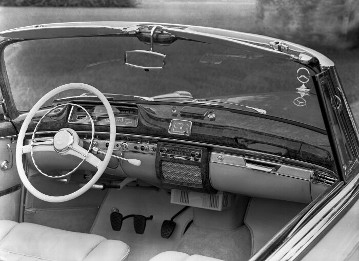 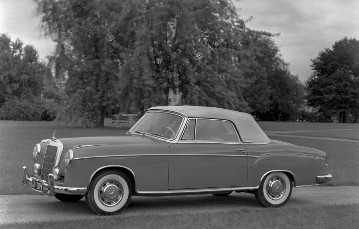 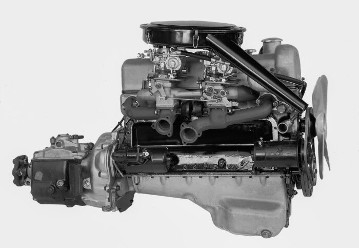 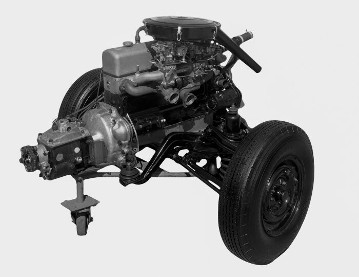 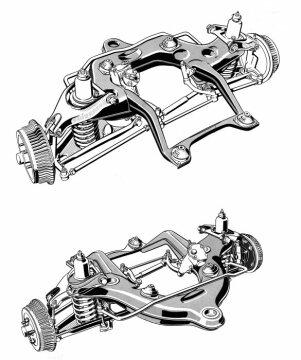 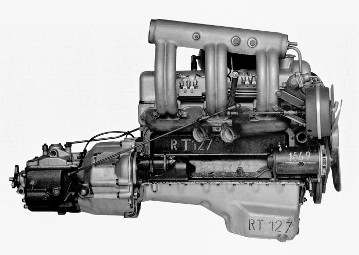 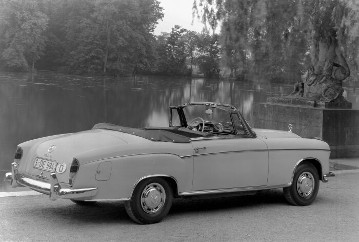 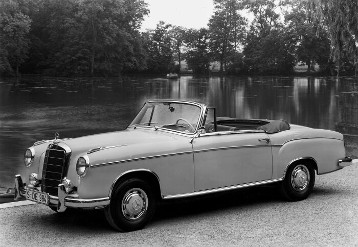 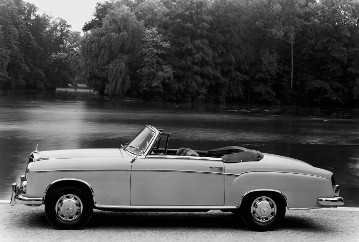 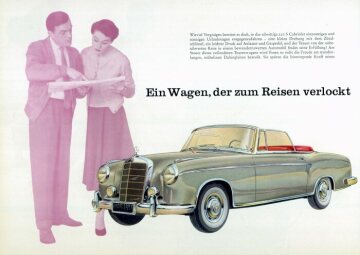 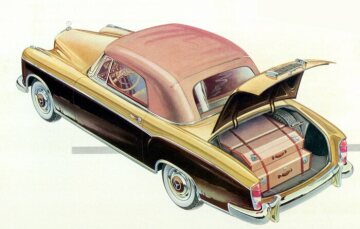 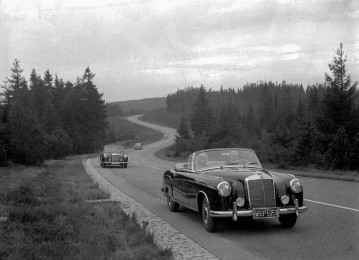 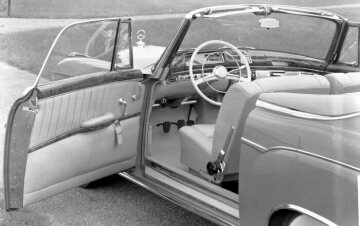 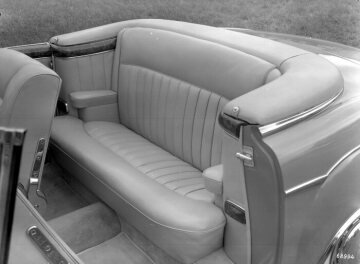 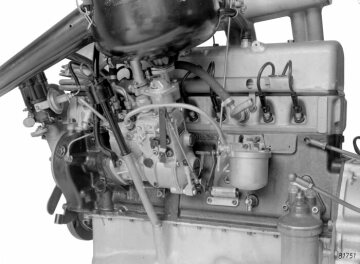 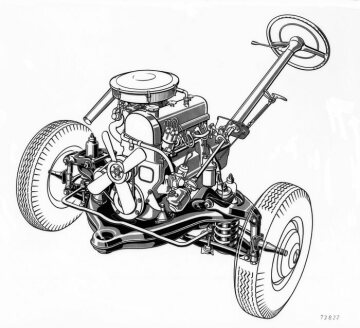 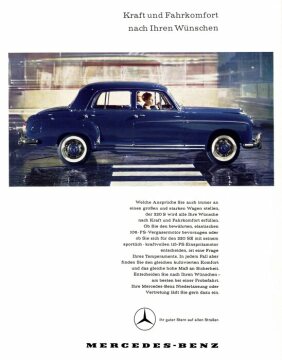 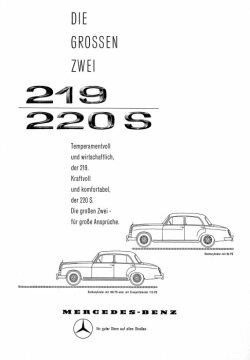 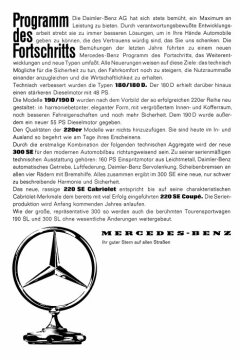 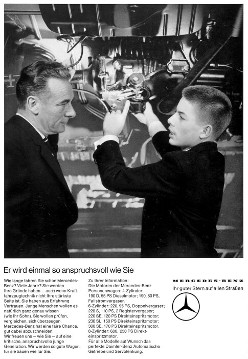 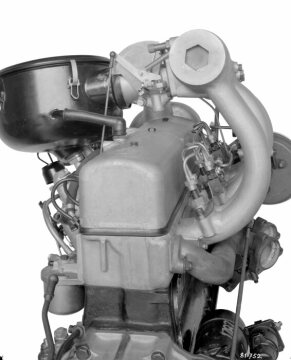 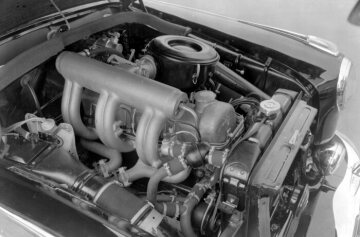 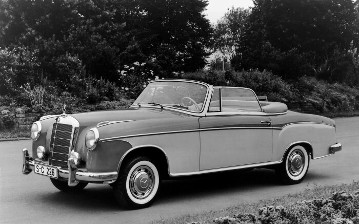 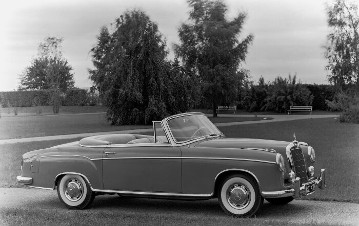 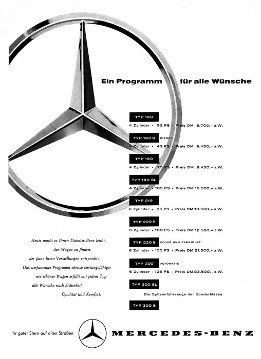 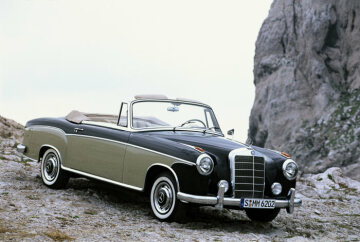