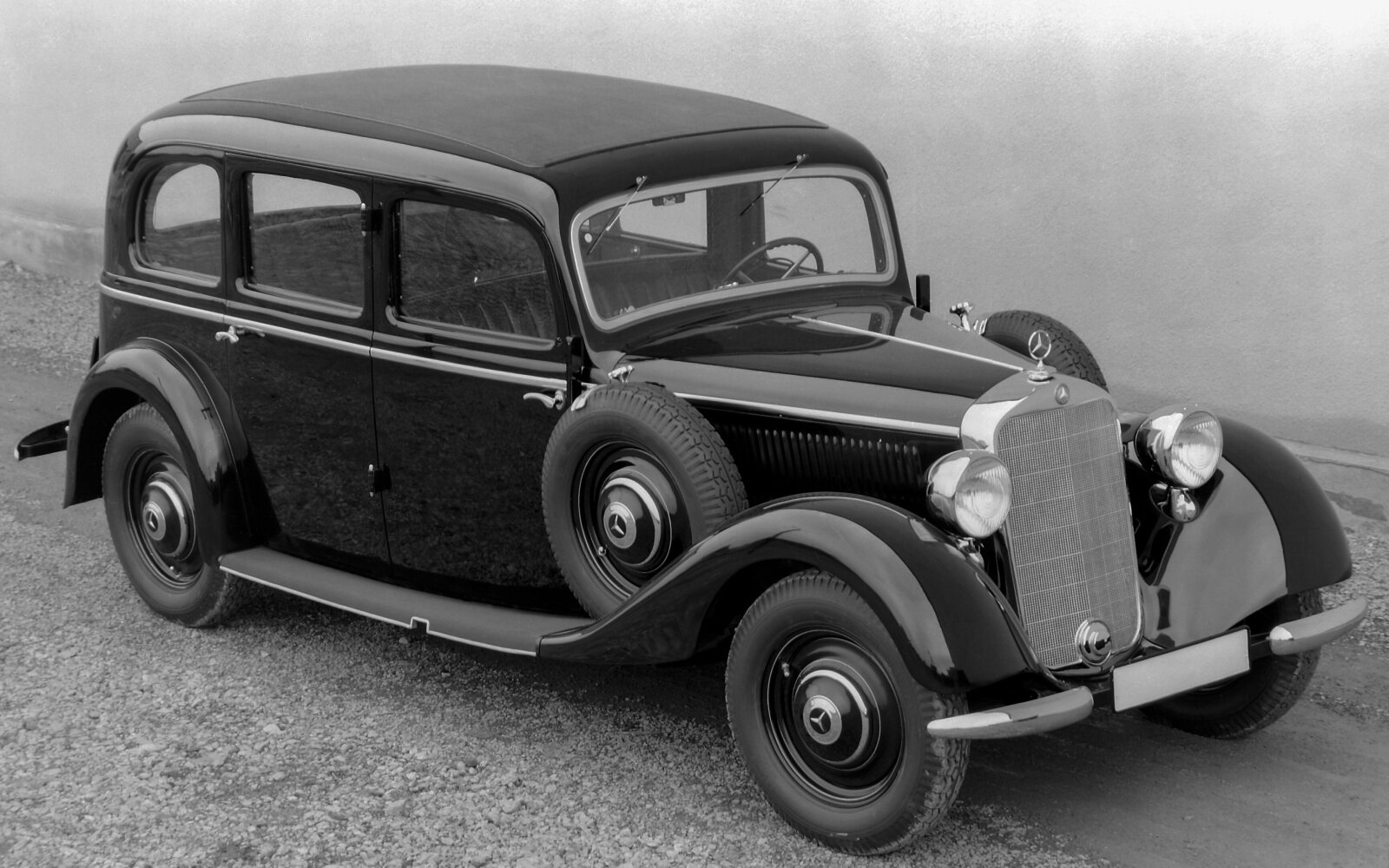 The W 143 began its career as a special version of the long-wheelbase 200. From May 1936, a 55-hp engine was available at an additional price of RM 175. Although the model designation of this 2.3-litre version initially remained unchanged, the same was not true of the in-house design code, which was changed to W 143 for the higher-displacement model with increased power output. Production of the two-litre long-wheelbase variant was cut back sharply in May 1936, before being phased out entirely in July 1936. Although, therefore, the 2.3‑litre model served as a genuine successor, the model designation was not changed until the end of September 1936, when it was renamed 230.

In October, the engine was provided with a Solex dual downdraft carburettor, which gave the vehicle a livelier performance, while the power output remained nominally unchanged. As the quality of petrol was subject to sharp fluctuations in those days, cylinder heads were available with different compression ratios.

The 230 was given a facelift in time for the International Motor and Motorcycle Show in February 1937. This was made apparent at first glance by modifications to the look of the radiator. Somewhat smaller in diameter, the headlamps were enclosed inside more spherical housings, which were attached directly to the wing on cast legs. This dispensed with the need for the chrome-plated transverse rod in front of the radiator, which was very popular with many customers. The six-/seven‑seater model variants additionally benefited from restyled, more spacious bodies of more prestigious appearance. There was also a host of technical modifications. The front- and rear-axle track width on all models was increased. Now with a capacity of 50 instead of 45 litres, the fuel tank was no longer in the engine compartment, but at the rear of the vehicle.

At the International Motor and Motorcycle Show in Berlin, the 2.3‑litre model was unveiled also in a standard-wheelbase version. Production of the corresponding 2-litre version had already come to an end in December 1936. This time, there was a more logical policy in terms of model designation, with the 200 (W 21) being promptly renamed to 230 N (W 143). The "N" for "normal wheelbase" provided a necessary distinction, because the 230, which had originally been available only with a long wheelbase, had never been given the additional "L" for "long wheelbase". This fact reflected a growing shift of customer interest, discernible at the time, towards the long-wheelbase version, which thus gradually turned into the standard version. This trend was further reinforced with the launch of the new   six-/seven‑seater bodies.

The choice of bodies for the 230 N was broadly the same as for its immediate predecessor. Apart from the chassis-only version, there were two- and four-door saloons, optionally with sliding roof, Convertible C and Convertible A as well as a two-seater roadster. The range no longer included the two tourers or the old version of the Convertible C with rear-mounted spare wheel. The technically and stylistically relevant modifications for the 1937 model year benefited both the 230 N and the longer-wheelbase version.

In September 1937, the previous overdrive transmission was replaced on all variants of the W 143 by an all-synchromesh four-speed transmission with direct-drive fourth gear. The more favourable gear ratios, combined with the reduced friction losses of the direct drive, resulted in improved acceleration.

The short-wheelbase W 143 having failed to establish itself on the market as well as expected, production was discontinued after just 12 months in December 1937. Nevertheless, the 230 N still featured in the price list of February 1938. Between December 1936 and December 1937, the plant in Untertürkheim had produced 963 units. When three preproduction vehicles from May 1936 are added, this yields a total production volume of 966 units for the 230 N. Although the additional letter "N" usually appears in upper case in official publications, it is sometimes also in lower case or omitted entirely. This example yet again indicates that model designations were not used as consistently or uniformly in the 1930s as they are today.

For reasons of standardisation, the 230 was provided in early 1938 with wider rims and tyres of size 6.00‑16, or 6.50‑16 in the case of the six-/seven‑seater versions. The rear axle was fitted with double-acting hydraulic shock absorbers. The 1938 model year also saw the introduction of new, rugged-looking bumpers to replace the dainty design of 1936/37.

One year later, in February 1939, the International Motor and Motorcycle Show in Berlin was the venue for the launch of a new 230 bearing the internal code W 153. Although it had the same engine as the W 143, the chassis versions and bodies were completely new. The W 153 superseded the two-seater and four-/five‑seater variants of the W 143, while the six-/seven‑seater versions in the form of pullman saloon, pullman landaulet and open tourer remained in production until March 1941. The intended successor to these variants was the 260 (W 159), which was in the final stage of development. However this change of generation, however, was prevented by the Second World War.

With 20,290 units, after the 170 V, the 230 (W 143) achieved the second-highest production volume of all passenger cars built by Daimler-Benz up until 1945. While 17,374 units were built at the Untertürkheim plant between February 1936 and March 1941, 1 950 vehicles were produced at the Mannheim plant in the period from May 1936 to June 1937. Most of the bodies were made in Sindelfingen, although some were produced in Mannheim.