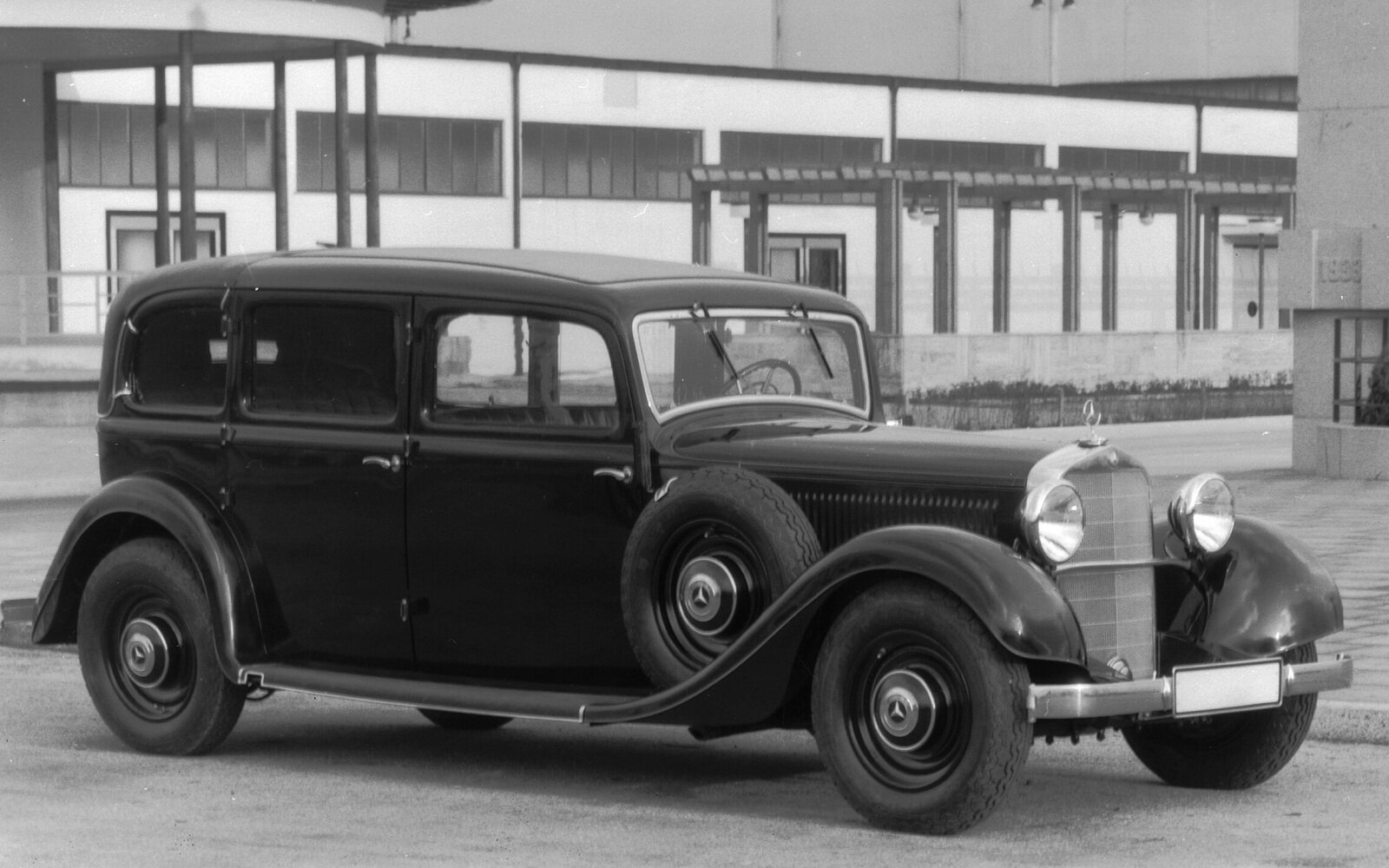 The 290 (W 18) was one of three new swing-axle models unveiled by Daimler-Benz in February 1933 at the International Motor and Motorcycle Show in Berlin. This represented a systematic continuation of the process of modernising the entire product range, which had been successfully started with the 170. The design of the rear swing axle with its two coil springs on each side was shared with the simultaneously launched 200, although it differed by having a compensating spring behind the differential.

The design of the front wheel suspension attested a degree of uncertainty over the preferred final solution. The front axle design on the 290 was a combination of individual elements from two alternative solutions. One of those concepts, in which suspension and wheel location were by means of two transverse leaf springs, was already in use in the 170 and was now employed also for the 200. The other alternative had been developed as a world innovation for the 380, which was launched in Berlin together with the 200 and 290 models. In this, the front wheels were controlled by two parallel wishbones, with suspension by means of a coil spring between the wishbones.

The front wheel suspension on the 290 was a combination of the lower transverse leaf spring known from the 170 and an upper intermediate suspension arm that pressed on a coil spring on the inside. This patented wheel suspension system was retained up until the successor model, the 320 of 1937.

The 2.9‑litre M 18 eingine was developed from the 2.6‑litre unit in the Stuttgart 260 and had a 4 mm wider bore. Initially 60 hp, the power output was raised to 68 hp in early 1935 by increasing the compression. Power transfer was by means of a Mercedes-Benz overdrive transmission with a direct-drive third gear and vacuum-selectable overdrive.

Already at its launch, the 290 was available in a wide choice of bodies, consisting of the four-door saloon and Convertible variants B, C and D. The saloon, which optionally came with a Sindelfingen retractable roof, had six windows and gave the impression of a small pullman saloon. In line with long-standing Daimler-Benz custom, it was also possible to order a chassis-only version for the mounting of third-party coachwork.

In March 1934, one year after the launch of the 290, the model range was augmented by a four-/five-seater open tourer. At the same time, a long-chassis version with a 420 mm longer wheelbase was unveiled. The 290 long served as a successor to the Mannheim, which, despite its higher displacement and power output, was generally more sluggish and, above all, unable to compete with the excellent handling quality of the new swing-axle model.

The longer chassis was used for a six-seater pullman saloon, Convertibles B and D and a six-seater open tourer. In keeping with the times, it was soon the long-wheelbase version that was the focus of customer interest. At a technical level, although it was broadly identical to the standard-wheelbase variant, it was given a shorter final drive to compensate somewhat for the heavier weight during acceleration. The exclusive luxury-class status of both versions was highlighted by the fact that the vehicles could be ordered not only with disc wheels, but also with wire-spoke wheels.

Early 1935 brought not only an increase in power output from the engine, but also significant further additions to the choice of bodies. The short-wheelbase version was now available in the form of a particularly exclusive Convertible A, and the saloon could be specially ordered with a Webasto sliding roof instead of the optional Sindelfingen retractable roof. The long-wheelbase pullman saloon was also available with the same sliding roof. New body variants on the long chassis were a six-/seven-seater Convertible F, a saloon with streamlined body, a two-seater Convertible A with emergency seat and, the most expensive version, a four-/five‑seater special saloon. Early 1936 saw the addition of a two-seater special roadster.

There were two special versions of the 290 that were not included in any price list: a bucket-seat Kübelwagen, over 700 units of which were built for the Wehrmacht, and a two-seater sports car, which was used in off-road sporting events in 1934. The Kübelwagen, which was additionally available with third-party bodies from Gaubschat and Trutz, was significantly lower-geared than the short-wheelbase saloon on account of its intended application. The off-road sports car, of which only a few units were produced, consisted of a 2.9‑litre chassis and a specially developed lightweight sports body.

The International Motor and Motorcycle Show in Berlin in February 1937 was the scene for the launch of the Mercedes-Benz 320, the successor to the 290. At this time, the 290 was still in production, at least in the long version, and also still included in the price list. In May 1937, one month after production of the 320 had started, the 2.9‑litre model was finally phased out.

Between January 1933 and November 1936, 4 285 units of the standard-wheelbase 290 were produced at the Untertürkheim plant, 719 of which were in the form of Kübelwagen. The bodies were from the Sindelfingen plant. The long version was built at the Mannheim plant, with a total of 3 929 units being manufactured between March 1934 and May 1937. Although most of the bodies came from Sindelfingen, a small number were also built directly in Mannheim.