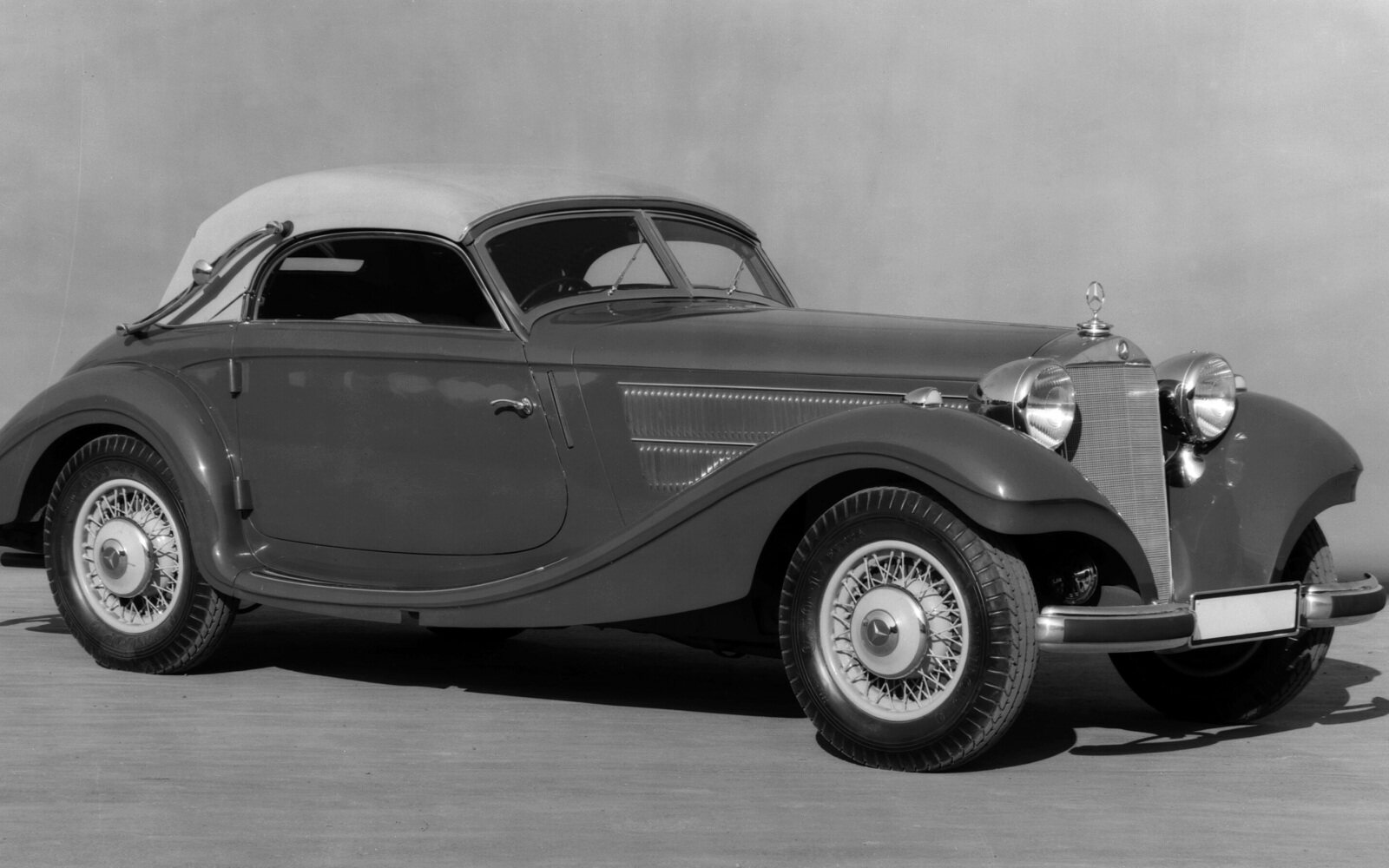 In February 1937, the International Motor and Motorcycle Show witnessed the launch of the 320, the successor to the 290. At the Berlin show, predecessor and successor stood side-by-side in harmony. The 290 was still in production, at least in the long version, and was still included in the price list. In May 1937, one month after production of the 320 had started, the 290 long was finally phased out.

Its successor was given an enthusiastic reception by customers, mainly on account of its higher power output - even over 60 years ago, the 290's 68 hp was not found to be wildly excessive. The 320's extra 10 hp and 10% greater displacement rebalanced the relationship between power and weight, something that had been lacking in the otherwise extremely harmonious predecessor model.

Increasing the power output to 78 hp had called for extensive modifications to the 2.9-litre engine. While the stroke remained unchanged, the bore was widened from 78 mm to 82.5 mm, which increased the displacement to 3208 cc. Cylinder heads with different compressions were available, depending on whether the engine ran on petrol only or a petrol/benzole mixture. The crankshaft was provided with 12 counterweights in an effort to improve the refinement of the engine. Mixture preparation was by means of a Solex dual downdraft carburettor, which replaced the updraft carburettor in the predecessor model. The new 3.2‑litre six-cylinder engine was given the in-house design code M 142. Instead of its predecessor's overdrive transmission, the 320 came with a normal four-speed transmission with direct-drive fourth gear.

The chassis and suspension were broadly the same as in the 290. Consequently, the 320, too, was available in a choice of two different wheelbases. Just as with the 200 and 230 mid-size models, Mercedes-Benz's luxury-class offering also experienced a discernible shift of customer interest from short to long-wheelbase variants. This trend was reflected in how the two variants were named. As already with the 230, the long version of the 320 was given the simple model designation without an additional letter, while the shorter-wheelbase variants of both models were distinguished by an appended "N" in upper or lower case.

The main externally visible differences between the 320 and the broadly similar 290 were the slightly less weighty bumpers, which now sported horns, and the modified look of the radiator. Somewhat smaller in diameter, the headlamps were enclosed inside more spherical housings, which were attached directly to the wing on cast legs. This dispensed with the need for the striking, chrome-plated transverse rod in front of the radiator.

With its abundant choice of bodies, the 320 (with 3300 mm wheelbase) was every bit the equal of its predecessor. The line-up comprised the five-seater saloon and seven-seater pullman saloon, both optionally available with sliding roof, the saloon with streamlined body, Convertibles A, B, D and F, the open tourer, the two-/three‑s eater roadster and, last but not least, the chassis-only version. The Convertible A came with three wipers on account of its wide, flat windscreen. A special feature common to both the convertible B and the saloon with streamlined body was their split, wedge-shaped windscreen.

The range of bodies for the 320 N was significantly reduced in comparison with the predecessor model: apart from the chassis-only version, the choice now included just a two-/three-seater convertible A and an extremely similar, likewise two-/three-seater combination coupé, which, in today's terms, was nothing other than a convertible with removable hardtop. This meant that the short version became the sporty-elegant variant of the model series, similar to the Mannheim 370 S six years previously. Despite the highly pleasing lines of its bodies, the 320 N apparently failed to live up to expectations and was no longer included in the price list of February 1939.

In early 1939, the variants with the 3300 mm wheelbase underwent modification. The engine displacement was increased to 3405 cc by adding 2.5 mm to the bore, mainly to avoid having to reduce the power output in view of a deterioration in petrol quality. Notwithstanding these changes, the model designation 320 as well as the design codes W 142 and M 142 were retained. In view of the growing use of autobahns, the 320 was provided as standard with an additional ZF cruising gear. This consisted of a planetary gear behind the normal four-speed transmission, which reduced the engine speed by 25%. This autobahn cruising gear was engaged using a separate lever. At the same time, a cooling water remote thermometer was added to the standard equipment package. There were also innovations on the body front: the saloon with streamlined body was dropped, and the pullman saloon was provided with a so-called "add-on trunk" instead of the integrated luggage rack. The add-on trunk was a permanently mounted luggage compartment organically joined to the rear wall of the body. The Convertible D featured a slightly revised design with a wedge-shaped, split windscreen.

From 1938, the 320 was also available in the form of a bucket seat Kübelwagen for the Wehrmacht, initially - like its predecessor - with a short wheelbase and later with the long 3300 mm wheelbase. Also after 1938, the Kübelwagen came with the standard four-speed transmission without cruising gear. Owing to the particular area of application of this variant and to compensate for the 20‑inch wheels with off-road tyres, the first two gears and the final drive were significantly lower-geared than on the standard production vehicles. Some of the last engines to be installed in Kübelwagen had a specified power output of 80 hp.

Despite growing competition between 1937 and 1940, the 320 was able to maintain its position in the market segment for large comfortable touring cars. It was only the war that prevented further sales successes and higher production volumes. The 320 was produced at the Daimler-Benz parent plants in Mannheim and Untertürkheim. The last 320 vehicles rolled off the assembly line in Mannheim in September 1939, while production in Untertürkheim continued until November 1942. A total of 6861 vehicles were built, 1764 of them being in the form of Kübelwagen.