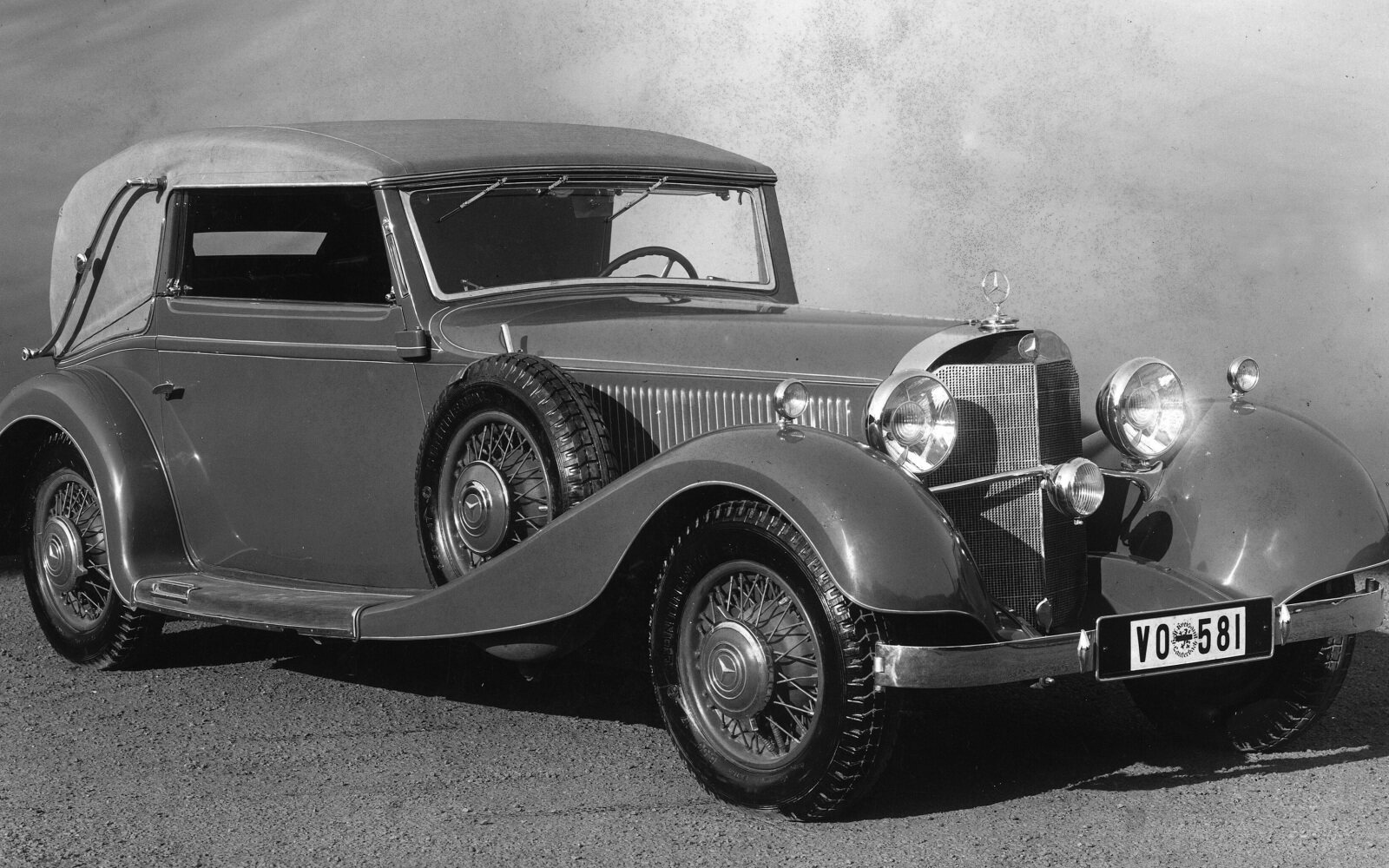 The 380 model (W 22) was a typical product of changing times. These changing times arrived at Daimler-Benz in the early 1930s and were ushered in above all by technical director Dr. Hans Nibel and his chief designer, Max Wagner. This was an era characterised by a departure from traditional automobile design with its rigid axles and leaf-spring suspension. It led to modern concepts with independent wheel suspension and rear swing axles with coil springs. In the high-performance segment, which included the 380 model, Daimler-Benz carried forward its tradition of the high-performance engine with overhead valves as well as that of the supercharger.

Unveiled in February 1933 at the International Motor and Motorcycle Show in Berlin, the 380, just like the "Grand Mercedes", was available with or without supercharger. For this reason, it was always known just as the 380 without the "K" for Kompressor (supercharger). The magical "K" was first used with the 500 K and, even then, only some time after its market launch. The 380 served as the successor to the legendary six-cylinder supercharged "SS" and "SSK" models, which, although still included in the price list, had long since lost their significance as far as sales were concerned.

The engine design for the Model 380 was characterised by a degree of uncertainty, with three different engine versions being brought out within the space of a year. First of all, alongside the six-cylinder power plant for the Model 290, which was likewise launched in 1933, Daimler-Benz developed an eight-cylinder in-line side-valve engine, which, however, failed to live up to expectations. The engine was thereupon rebuilt, being provided with overhead valves and delivering 90 hp in the naturally aspirated version. It was optionally available ex factory with a built-on supercharger, which produced a power output of 120 hp in supercharged mode. Not long after, this engine was replaced by another with an integrated, standard-fit supercharger and a power rating of 90/140 hp. A 2 mm wider bore then resulted in a third variant with a four-litre displacement and unchanged power output, without this leading to a change in the model designation. In each case, power transfer was by means of a three-speed transmission with overdrive.

The chassis concept for the 380 with front trapezoidal links and coil springs was not just the third variant of a front independent wheel suspension, it also proved to be nothing short of an ingenious solution. Within a short time, the patented Daimler-Benz design was adopted by a large percentage of the US automobile industry and quickly became the common property of automotive engineers everywhere. The design is still valid today and in worldwide use. The rear axle on the 380 was a dual-joint swing axle with two coil springs and two compensating springs on each side under the differential. To cope with a gross vehicle weight of up to 2.6 tonnes, the brakes were vacuum power-assisted.

With the 380, Daimler-Benz set a new trend by moving the engine to the rear. This involved the engine/transmission unit, radiator, steering and front seats on the two-seater models being set towards the rear in order to create an impression of enhanced dynamism and sportiness. This design, known as the "sports car chassis", was not separately mentioned in the brochures and price lists.

At the stylistic level, the 380 retained the distinctive pointed radiator. In the initial decades of the 20th century, the pointed radiator was a stylistic feature common to many automobile manufacturers. While generally losing significance in the 1920s, it continued to shape the appearance of the large supercharged models from Mercedes-Benz through to the SSKL and the "Grand Mercedes". The 380 carried on this tradition before handing it down to its successor, the legendary 500 K.

The choice of bodies comprised a four-door saloon, Convertibles A, B and C, a roadster and an open tourer. As was usual at the time, customers could also order just the chassis on which to mount independently built coachwork. Unlike its predecessors and successors, the 380 did not sport outboard exhaust pipes trimmed with metal tubes. This impressive design detail is often erroneously considered a characteristic feature of Mercedes-Benz supercharged cars.

In February 1934, exactly one year after its launch, the 380 gave way to a higher-powered successor. Although the 500 K was based on the 380 in terms of its engineering, it was even more elegant and its higher power output made better use of the potential offered by the new chassis. The last of a total of 154 units of the 380 was produced in July 1934.

The top-selling body version was the Convertible B with 54 vehicles, closely followed by the Convertible C with 44 units. The Convertible A still managed to sell 16 units, with the open tourer finding 11 buyers. The least common variants were the roadster and the saloon with 7 and 6 units, respectively, while 19 chassis-only versions were also sold. The aggregate production volume of the individual variants amounted to 157 vehicles, three more than indicated by the chassis production statistics, the difference presumably being attributable to three replacement bodies.