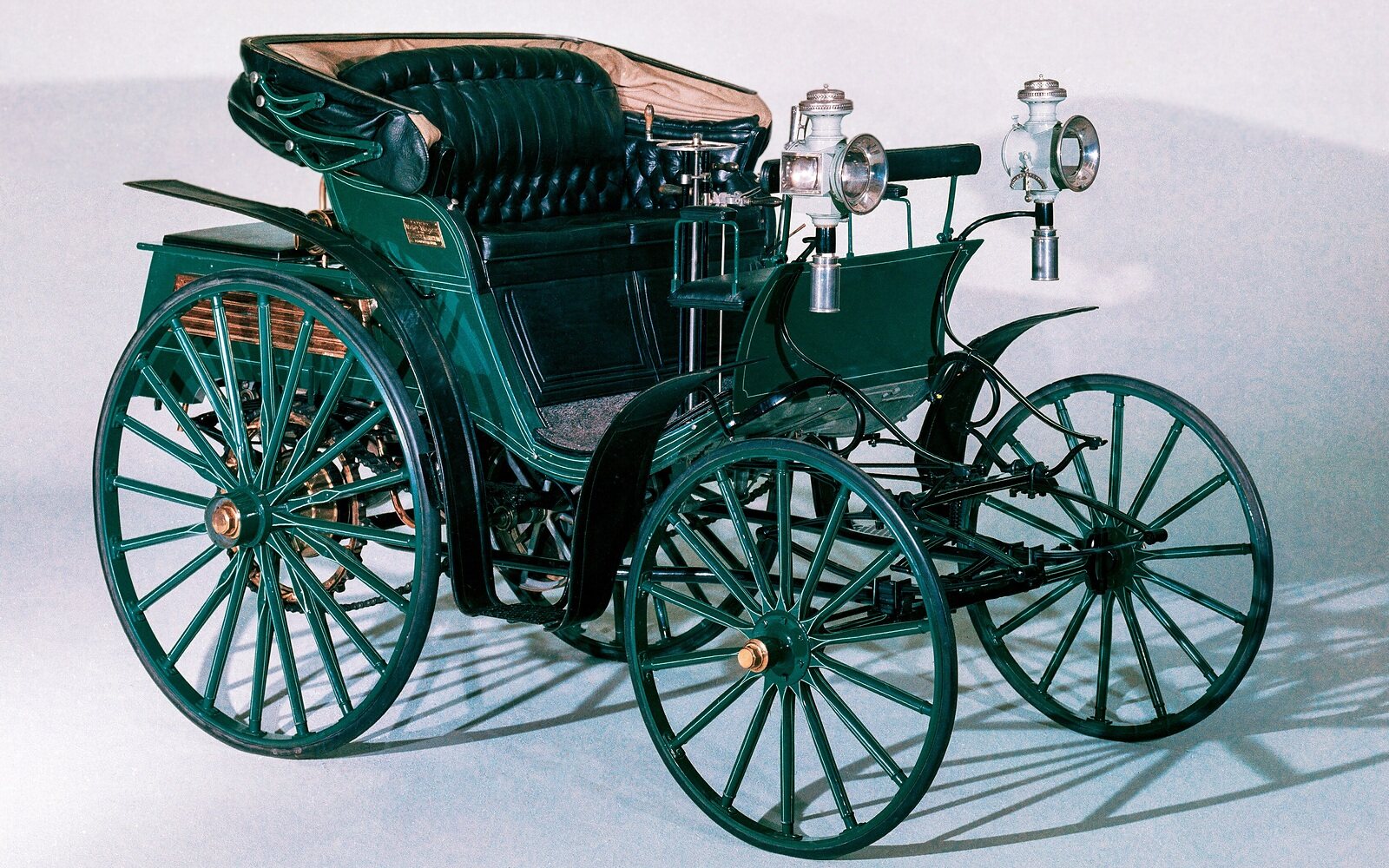 Up to the beginning of the eighteen-nineties the vehicles of Carl Benz were three-wheeled. With the design of an effective axle-pivot steering (DRP 73151 of 28th Februar 1893) the path was paved for four-wheeled vehicles.

In 1893 Benz was coming up with the first four-wheeled vehicle, the model "Victoria" available was also a four-seated version with face-to-face seat benches, the model "Vis-à-Vis".

Both variations were equipped with a horizontally installed one-cylinder engine with vertical flywheel; displacement and performance were continuously enlarged up to the end of production in 1900.