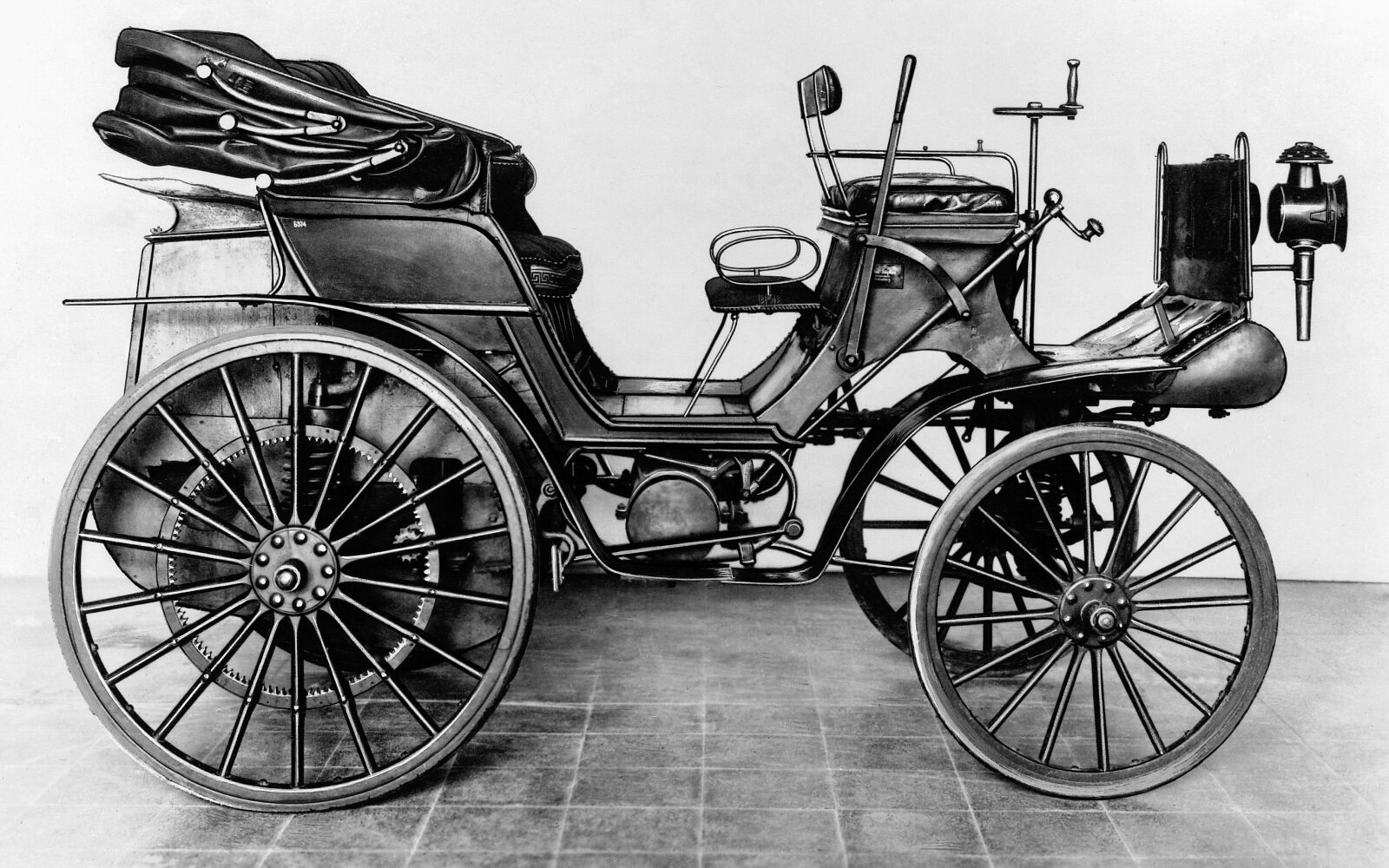 In October 1892, under orders from Gottlieb Daimler, Wilhelm Maybach hired the conservatory of the former Hotel Hermann in Cannstatt and together with twelve workers and five apprentices continued his design work. First of all, Maybach developed the "Phoenix" engine, which featured two jointly block-cast, parallel standing cylinders and a camshaft for controlling the exhaust valves. In September, the ingenious engineer had already applied for patents for the flywheel cooling system and the belt-drive system which he had developed after his retirement from DMG.

Maybach's work in Hotel Hermann led to the development of the "Riemenwagen", a carriage-like automobile with a rear-mounted engine whose power was transmitted to the rear wheels by a belt system. Also new was the spray nozzle carburetor, the forefather of the modern carburetor, which was likewise developed by Maybach.

The belt-driven car was built in 1895 by Daimler-Motoren-Gesellschaft, after Daimler and Maybach had returned to DMG in November 1895. Various models of the "Phoenix" two-cylinder engine were fitted: from the 2 hp version with 750 cc displacement, and the 3, 4 and 6 hp varieties, to the 2.2-liter engine, with 7.5 - 8 hp. Altogether, around 150 units of the belt-driven car, which was officially known as the "Daimler-Motor-Kutsche" (Daimler Motor Carriage) were produced, the majority of these with 4 hp engines.

Although the Riemenwagen - apart from with its engine - never decidedly influenced the development of automotive engineering, it still has a firm place in history: not only was the first motorized taxi in the world a Daimler Riemenwagen, but so too was the world's first motorized truck, which was produced in October 1896.

Emil Jellinek began his relationship with DMG likewise with a Riemenwagen: for his first Daimler automobile, he received a 6 hp belt-driven Double Phaeton in October 1897. It was also a Riemenwagen which Daimler and Maybach used during their tests on electric ignition, which Benz - at that time a competitor - had used in his vehicles right from the start. In July, an 8 hp car equipped with a Bosch low-voltage magnetic ignition was driven by Otto Salzer on a five day test drive through the Austrian Alps. Due to the experience gained by this trip, the hot-tube ignition system that was characteristic of Daimler engine construction was soon replaced.