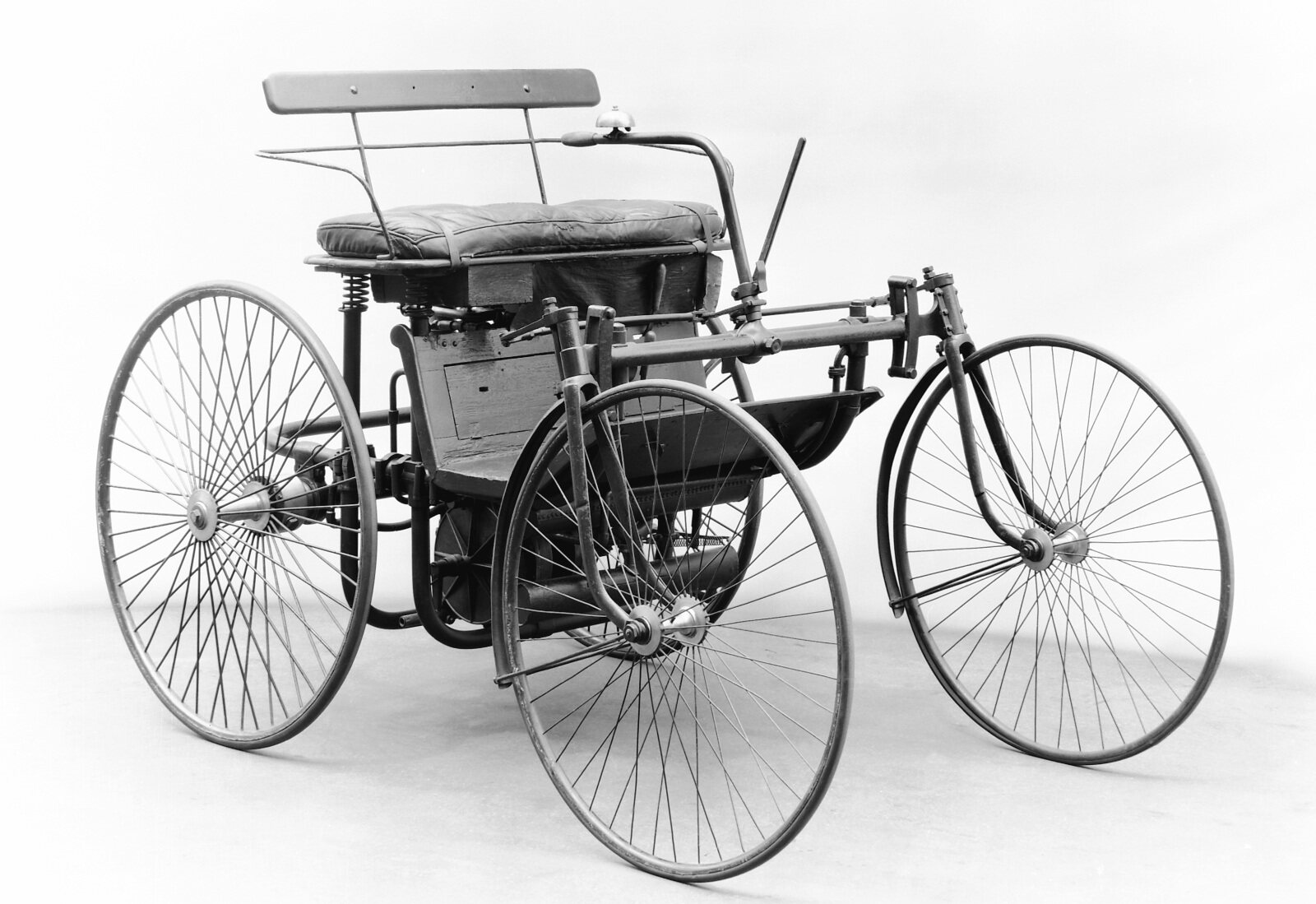 Through the construction of the wire-wheel car with a 2-cylinder V-engine Daimler and Maybach made a step ahead in terms of development technology . Presented on the Paris World Exhibition in 1889, the wire-wheel car was in some way the impetus for the setting up of the French automobile industry. The first motor-cars constructed in France were made at Peugeot in 1890 and at Panhard & Levassor in the middle of 1891. In its conception both were based on the wire-wheel car and were driven by Daimler-engines produced in licence at Panhard & Levassor since the end of 1889.

In contrast to the motor carriage by Daimler the wire-wheel car, like the Benz patent motor vehicle, represented an own integral construction and a real automobile. In numerous construction details Daimler and Maybach, the actual creator of this progressive automobile, were far ahead of their time. Apart from the 2-cylinder-engine and the 4-speed toothed-wheel gearbox, both of them realized in the wire-wheel car for the first time, the steering is the most remarkable feature because the axle-pivot-steering was anticipated in some way.

The steel tubal frame serving as the cooling-water circuit at the same time, was supplied by the "Neckarsulmer Strickmaschinen-Fabrik AG" which was a well-known producer of bicycles already at that time. Later it became world-famous under the name of NSU.

A modified version of the wire-wheel car was sold by the DMG in the years from 1892 to 1895 as "Daimler Motorwagen". It was created, however, without the involvement of Daimler and Maybach. At that time the creators of the wire-wheel car worked in their own design bureau in the Hotel Hermann after having left the DMG in 1892. Max Schroedter, the new Technical Director of the DMG, was responsible for the modified variation which, by the way, was no longer fitted with steel wheels. However, neither Schroedter nor his motor vehicle were successful and, as a consequence, the DMG was on the brink of going bankrupt in the middle of 1895. It was not before the return of Daimler and Maybach that the DMG was looking up again.