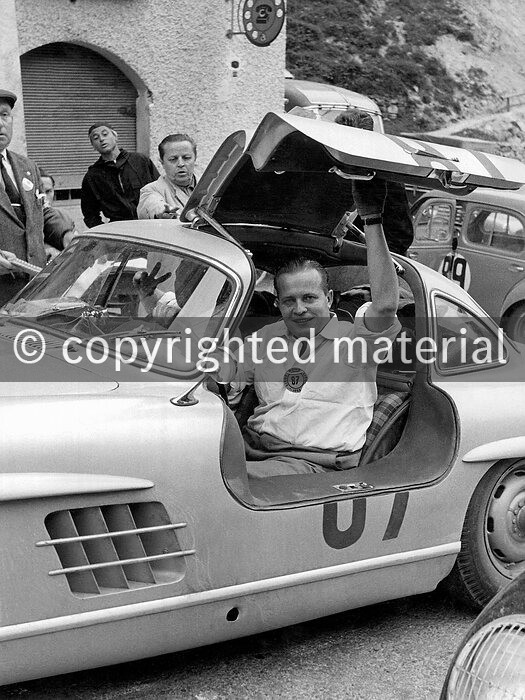 Engel was a son of a bookseller in Hamburg. After the death of his father Engel left his law study and undertook family business. As a successful businessman he dedicated his free time to sports car racing. He had in it some success and took good placing. He reached the peak of his career with the 1st place in European championship 1955, which he took on the Mercedes-Benz 300 SL, 220. He had to thank for this success partly to his co-pilot Horst Straub – 22 years old Daimler-Benz AG mechanic. Straub made the whole win at the Adria-Rally possible through improvised action of installing of radiation protection on the sump of MB 300 SL. It made driving on bad roads possible whatsoever. Hort Straub took himself the 4th Place in sports car racing European championship 1955. Werner Engel died on 30.04.1958 from injuries, which he got during an accident at “Tulip” rally in Zandvoort.