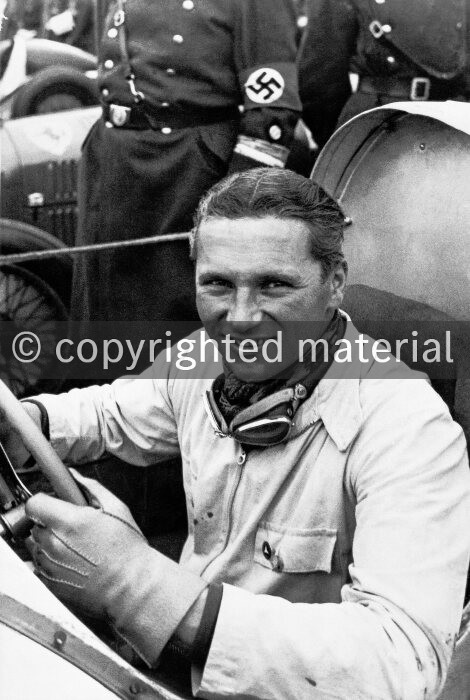 Hanns Geier was born on 25th February in Waldalgesheim in Bingerbrück district. He started his racing driver career in 1920s on a motorcycle. He switched to car racing sports later. Geier took part in different racing competitions on Amilicar and Bugatti. In May 1933 he joined Daimler-Benz AG as a young driver in driving division. He received a contract as a reserve driver for years 1934 and 1935. During the Grand Prix of Germany 1934 Hanns Geier got the chance to put his hands on the steering wheel of Mercedes-Benz 750-kg-Set-Racing car W and get 25th place. At his first racing he reached excellent 5th place. During the training for Grand Prix of Switzerland 1935 Hanns Geier suffered from hard car accident. That forced him to end his racing driver career. He recovered from the accident and came back as an assistant at racing division of Daimler-Benz AG, where he worked until 1955.