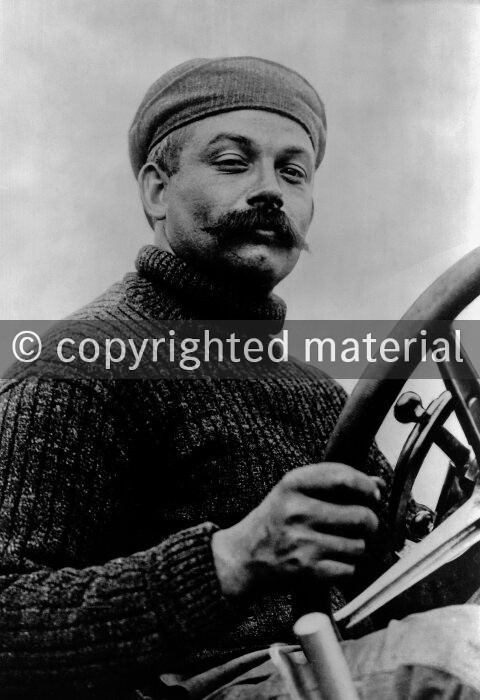 Born on 13.04.1877 in Magstadt (Böblingen district), Wuerttemberg. He became a mechanic and after his study worked at different factories inland and abroad. In 1899 he started at Daimler-Motoren-Gesellschaft as a mechanic. In 1905 he came as a master to the driver department. With his both triumphs at the Grand Prix 1908 and 1914 Lautenschlager is the greatest driver of the international racing sports of all times. He died on 03.01.1954 in Fellbach of Stuttgart.