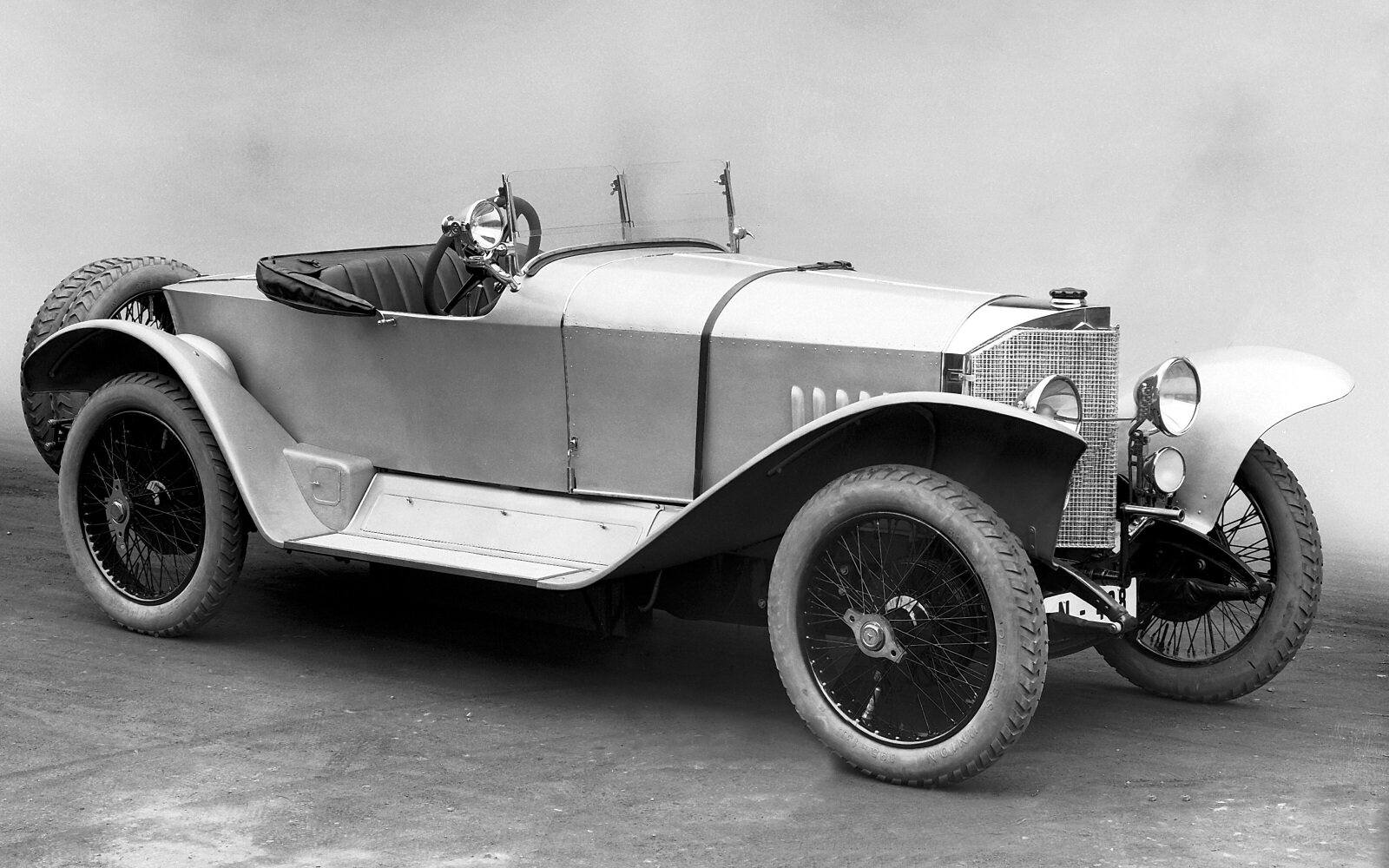 The 28/95 hp model produced from 1914 onwards laid the foundation of the DMG's tradition of particularly exclusive and powerful top automobiles. Within this category it is not so much the absolute representation vehicle that he corresponds to but it is seen as another member of the series of sports vehicles - just like the supercharged models that followed him, e.g. the K, the S, SS, SSK, and SSKL as well as the 8-cylinder models 500 K and 540 K.

As the first Mercedes the 28/95 hp model was equipped with the characteristic V-shaped radiator and the outboard exhaust tubes faired with flexible metal hoses as standard. For decades both features were characteristic of the appearance of the Mercedes and Mercedes-Benz top models.

But the technical concept, too, was remarkable. For the first time a Mercedes production car was fitted with an overhead camshaft and valves arranged in V-position. The model according to which this aggregate was constructed was the Daimler aircraft engine DF 80 having finished an honourable second behind Benz in the "Kaiserpreis" competition for the best German aero-engine in 1912.

A construction feature realized for the first time were the separate cylinders spun from steel of which always two were equipped together with a cooling-water jacket from sheet steel. Compared with conventional cast cylinders the spun steel cylinders excelled in a lower weight at a higher load capacity.

In the years 1914 and 1915 only few units of the 28/95 hp model were produced, the war prevented more units to be made. After the end of war production was taken up again but with a modified engine. Now the cylinders were not spun from steel individually but cast in pairs and the valves having lain open up to now had received valve covers made of light metal.