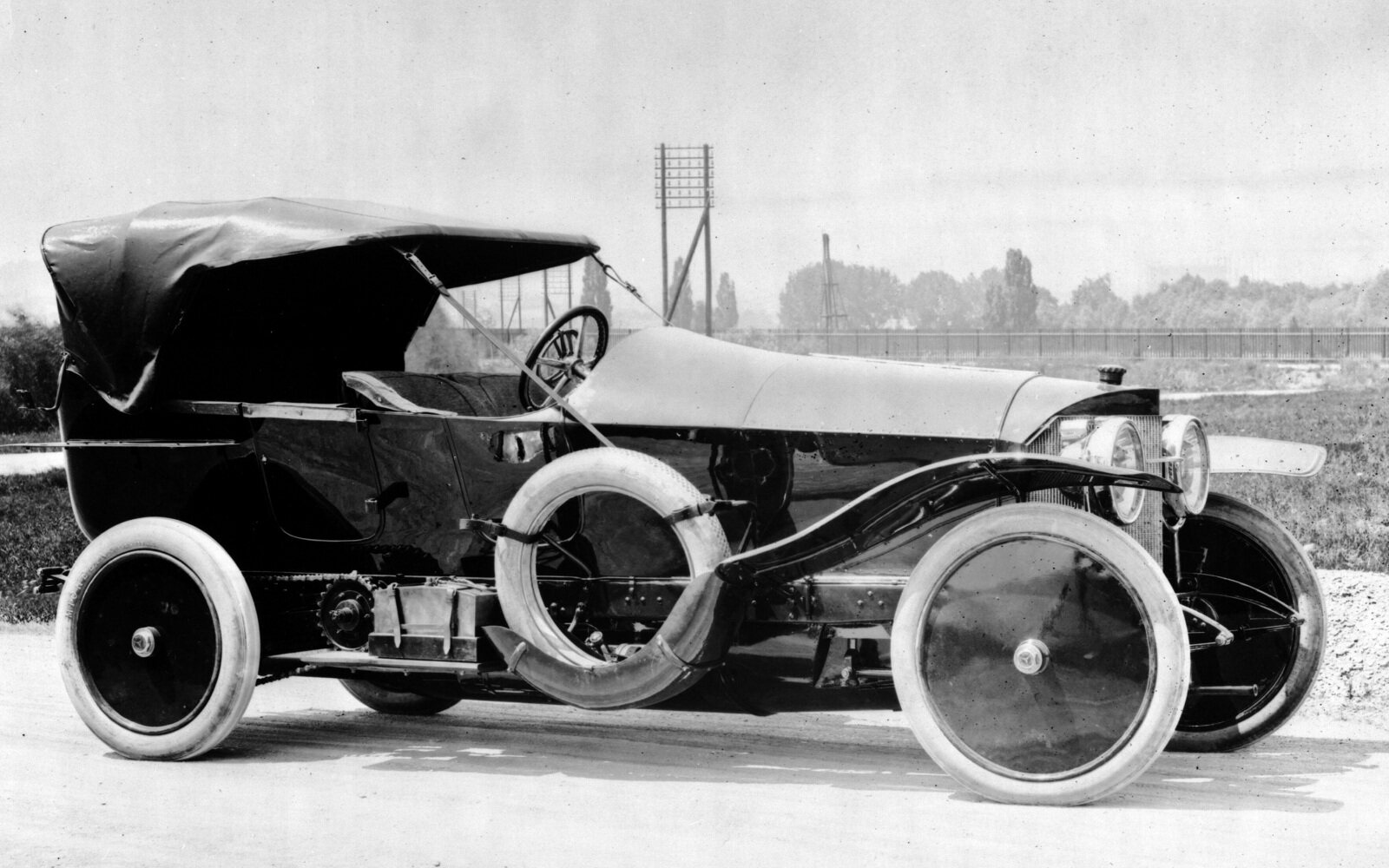 In June 1911 the Mercedes 37/90 hp was introduced as the new top model in the DMG sales range. The new high-performance car, whose four-cylinder engine was equipped with three-valve technology and dual ignition, replaced the six-cylinder models which had been built since 1907 and, like these, was chain-driven. The 37/90 hp was the last new development of Daimler-Motoren-Gesellschaft to come onto the market with chain drive. A special new feature was the encapsulation of the drive chains which were running in an oil bath.

The 9.5-liter engine designed by Paul Daimler had an especially large intake valve and two smaller exhaust valves for each cylinder. The valve arrangement in the cylinder head permitted short gas cycles and, as a result, efficient combustion. The valves were operated via pushrods and rocker arms by a lateral camshaft, driven by toothed gears from the center of the crankshaft. Halfway through 1913, the 37/90 hp, like the other models in the sales range, was given a new model designation, which then read 37/95 hp. One and a half years years later, the displacement was raised to 9.8 liters and the model designation was changed once more to 38/100 hp.

The engine of the 37/90 hp also made a name for itself in racing. In 1912 and 1914, the American racing driver Ralph de Palma won the Vanderbilt Cup with a modified Mercedes Grand Prix racing car from 1908 which had been given a 37/90 hp engine.

The top model of the DMG range, however, was neither a racing car nor a typical representative car but rather a sporty, powerful touring car of the most advanced design. Consequently it was predominantly ordered with sports or racing bodywork versions and was one of the first Mercedes models available with a pointed radiator and external exhaust pipes.

In 1912, the King of Bulgaria received a 37/90 hp luxury saloon model, one of the few with an enclosed bodywork.