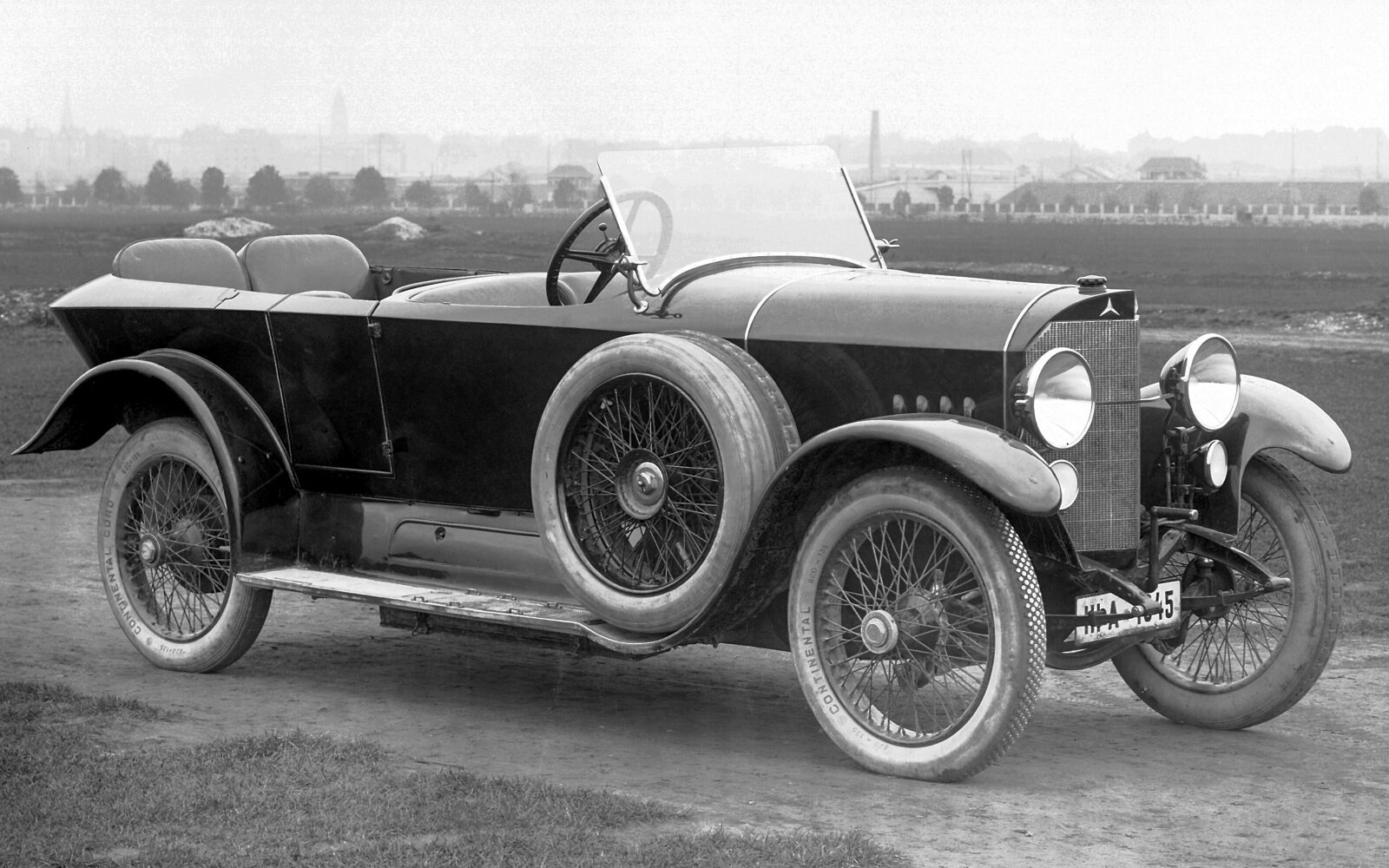 Shortly after the end of the First World War tests were started at Daimler with the objective to increase the performance of automobile engines through the use of a supercharger. Already in 1916 people in Untertürkheim had started to develop and test aircraft engines being equipped with a supercharger - at that time this was still called a blower. This development was initiated by Paul Daimler, the Technical Director of the Daimler-Motoren-Gesellschaft. In numerous tests completely different compressor-concepts were tried; a usable solution with a Roots blower was not found until 1918. After the restrictions of the treaty of Versailles limiting the production of aircraft engines to light-weight engines for sports aircraft, it was only logical to use the findings of the development of supercharger also in the field of vehicle engines.

The first tests to equip slide-valve controlled Knight engines with a Roots compressor weren't successful due to thermal problems that could not be solved so that people again turned to conventional valve-controlled engines.

The supercharger was successfully used with the first two engines designed after the war - comparatively small 4-cylinder aggregates with vertical-shaft drive, valves arranged in V-position and individual cylinders made of steel whose conception in turn had been inspired by the construction of aircraft engines. In the 2.6-liter engine of the 10/40 hp the supercharger had only been retrofitted whereas the new technology had already been taken into account in the design stage of the smaller brother, the 1.6-liter unit of the 6/25 hp.

Both models were presented to the public on the Berlin Automobile Exhibition in September 1921 but still as 6/20 hp and 10/35 hp. The series-production started in spring 1923, and from 1924 onwards the increase in performance through the blower could also be seen in an extended model designation. Apart from the taxable hp and the real performance of the engine the performance with engaged supercharger was indicated in the third figure. In the same year the production of both models was stopped. The era of the supercharger was absolutely not over but heading for a climax which could be seen in the new top models 15/70/100 hp and 24/100/140 hp which also were supercharged and went into production in 1924.