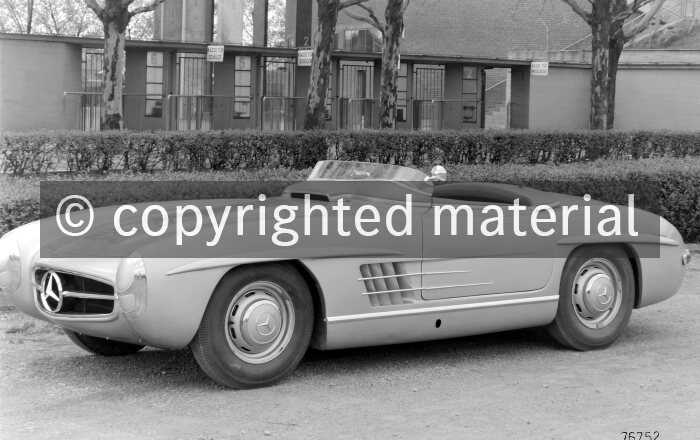 Sports car for the American Sports Car Championship, based on the production model 300 SL Roadster

The Mercedes-Benz 300 SLS was developed for the American sports car racing championship in 1957 as a special version of the 300 SL Roadster of which two units were built. After the roadster went into production, it was planned to be used in racing in the USA to promote sales.

However, the “Sports Car Club of America” refused its acceptance in the standard production class. So the series production roadster was slimmed down to a weight of only 970 kg to be used in the racing sport class D. The engine output was increased to 235 hp. On the outside, the 300 SLS featured no bumpers, a specially shaped dashboard cover with an air inlet vent, a small racing windshield, and a roll-over bar behind the driver seat. In the 300 SLS, Paul O’S hea won the American sports car racing championship with a considerable lead over the competition, after he had already been triumphant in 1955 and 1956 in a 300 SL coupé.