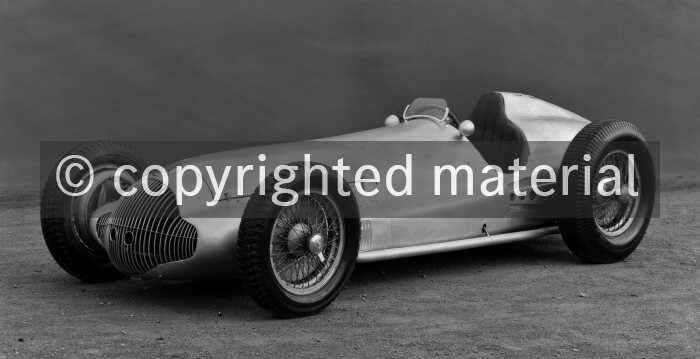 The W 154 was Mercedes-Benz’s answer to the new regulations that came into force for Grand Prix races in 1938. The decisive technical factor was the displacement, which was now limited: naturally-aspirated engines were allowed to have a maximum displacement of 4.5 litres while for supercharged engines the displacement was limited to 3 litres. The displacement limitation was because the International Motor Sports Association wanted to reduce engine output and thus the speed of the racers.

For the new racing car, too, Mercedes-Benz relied on the proven supercharging technology and developed a V12 engine that delivered 333 kW (453 hp) at 8,000 rpm. Despite the almost halved displacement, the W 154 was hardly less swift than its predecessor. It dominated the 1938 racing season and helped Rudolf Caracciola obtained his third European championship title driving a Mercedes-Benz.