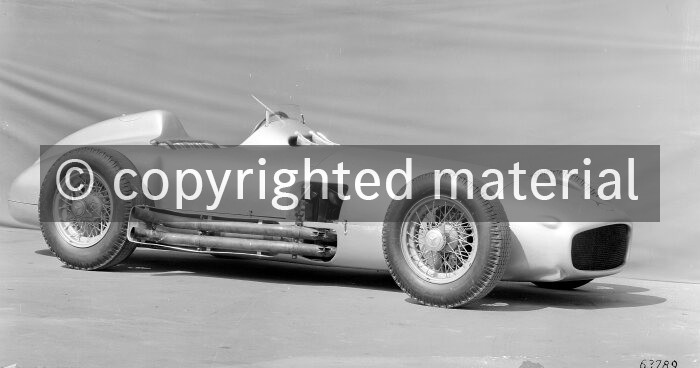 In most of the Formula One races of 1954 and 1955 it was not the streamlined car that was driven, but the classic monoposto with free-standing wheels. This variant was significantly better suited to extremely curvy racetracks, because it allowed the driver to better measure the curves.

Like the streamlined car, the classic version started with flying colours, winning the very first competition it entered, the European Grand Prix at the Nürburgring. The victor was Juan Manuel Fangio, who had already won the opening race in Reims and – with a 4th place in the British Grand Prix – learnt that the streamline car’s capability for handling very curvy race courses is limited.