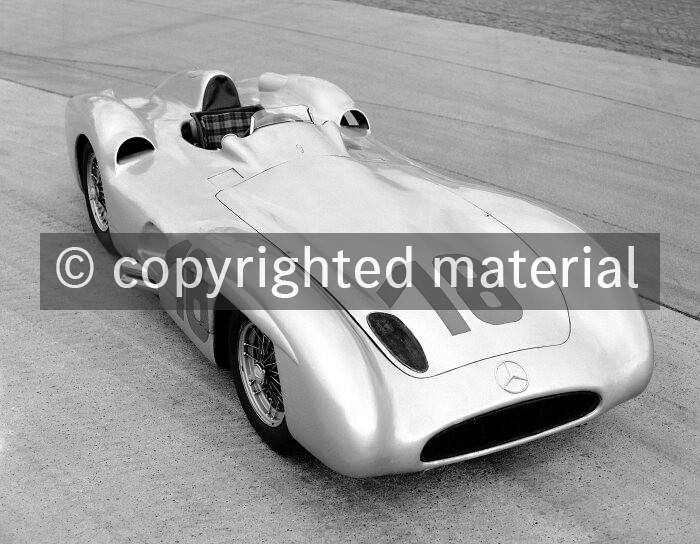 For the 1955 season, the engine was revised resulting in numerous detail changes. Among those was a new inlet manifold with straight, shortened manifolds which allowed a better positioning of the injection nozzles. Thus engine performance increased to 213 kW (290 hp) at 8,500/min. This change was clearly visible on the outside too: the race cars of the 1955 season had a long bulge on the right side of the bonnet. With a further improved version of the streamlined car Fangio won the Italian Grand Prix in 1955, and by the end of the season he was again World Champion.