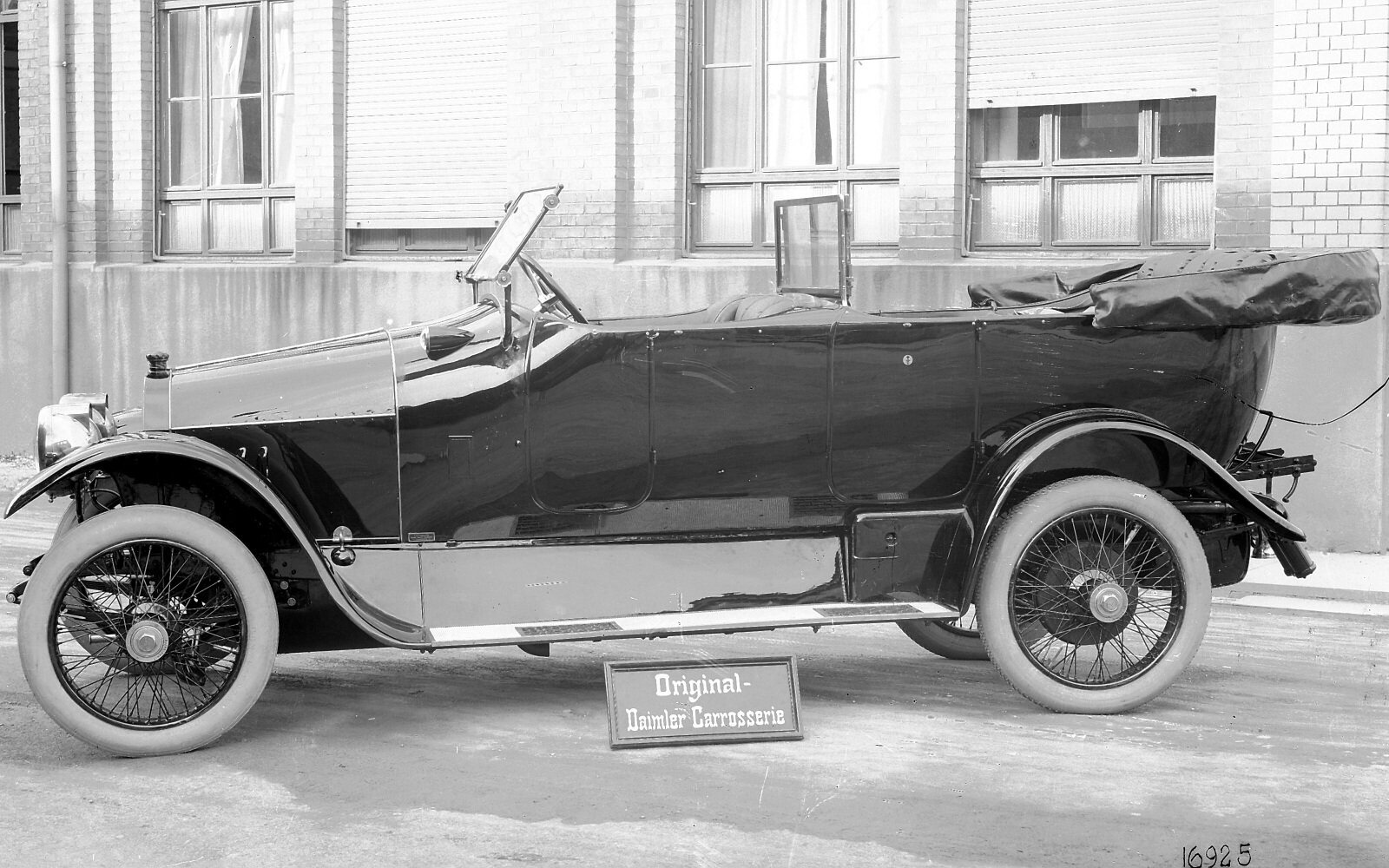 Among the numerous passenger car models constructed before the First World War at Daimler-Motoren-Gesellschaft, the Daimler-Knight models were looked upon as particularly special. They were driven by valveless slide-valve engines going back to an invention by the American Charles J. Knight.

After the conclusion of a preliminary contract, Paul Daimler, who took over from Wilhelm Maybach as Chief Engineer in 1907, was able to build a trial series of six slide-valve engines in April 1909. In March 1910, DMG acquired the licenses for the production of the Knight engines for the next ten years. In December 1910 at the Paris Motor Show, the 16/40 hp was presented as the first passenger car model with the new motor. Series production of the 16/40 hp with 4-liter 4-cylinder engine started at the beginning of 1910. Two further 4-cylinder models, the 10/30 hp and the 25/65 hp went into production in 1913.

At that time, advantages and disadvantages of the Knight design were discussed controversially by motorists and engineers. Undisputed advantages were the new system's smoothness and refinement, which were exceptional for that time. Moreover, Knight engines performed clearly better in the speed ranges from about 500 to 1,500 rpm than conventional units of the same size.

On the other hand, slide-valve engines demanded a good deal of time and energy in terms of design and production technology, as well as highly sensitive handling. A particularly critical point was the correct lubrication of the cylinder and slide-valve running surfaces, which very often was not guaranteed with the lubricants of that time - especially when maintained insufficiently. This aspect became more and more problematic in the speed range of over 1,600 rpm, in which the slide-valve engine was no longer superior even in terms of specific output.

The maximum engine speed ranges that could be realized at around 1,750 rpm limited the top speed to about 80 km/h, which meant that, at least in the long run, the development potential and the practical use of the Knight engine were limited.

Despite this, there were loyal supporters of the Knight engine among the customers of Daimler-Motoren-Gesellschaft, a fact impressively documented by the number of vehicles produced, which was over 5,500, as well as a production period of no fewer than 14 years. The models 10/30 hp and 25/65 hp were only produced up to 1915, the 4-liter model, on the other hand, remained in the range until 1924.