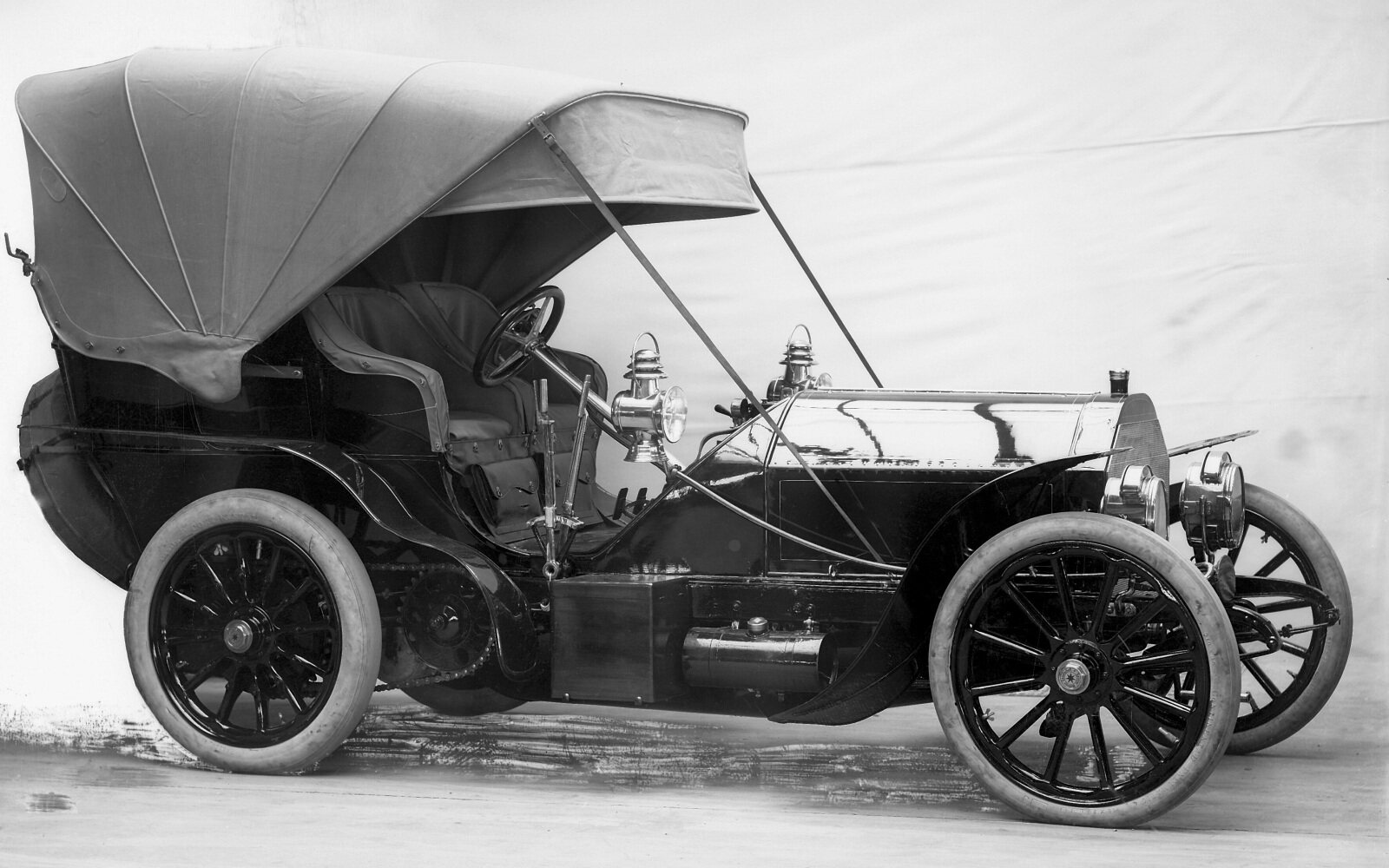 Two months later, the 90 hp racing car, which was supposed to compete in and win the Gordon Bennett race on July 2, hit the headlines. Hopes were dashed by a huge blaze during the night of June 9/10. The three racing cars, which were to be given the finishing touches at the DMG plant in Cannstatt, were destroyed along with 90 other Mercedes cars when the assembly shop and large parts of the facilities were destroyed by the flames.

In order to be able to participate in the race despite this, DMG asked several of its customers to return 60 hp cars already supplied on a temporary basis. The American millionaire and automobile enthusiast Clarence Gray Dinsmore relented and offered his 60 hp Mercedes. Camille Jenatzy, a famous Belgian racing driver known as the "Red Devil" due to his red beard and his bravery, achieved the near impossible: after a breakneck drive against opponents with superior vehicles he won the Gordon Bennett race in Ireland.

After proving its reliability and performance with this spectacular success, the 60 hp Mercedes became the forefather of all subsequent generations of Mercedes racing and sports cars.

The smallest model in the 1903 range was the 18/22 hp Mercedes Simplex, whose 3.0-liter engine followed the same design principles as those of the powerful 9.2-liter unit of the 60 hp sports car. The chassis design, however, was different to that of the larger model, featuring three-quarter-elliptic leaf springs instead of front-mounted spring bracket arms. The 18/22 hp Mercedes is easily distinguishable by its three-quarter-elliptic springs mounted at the front.