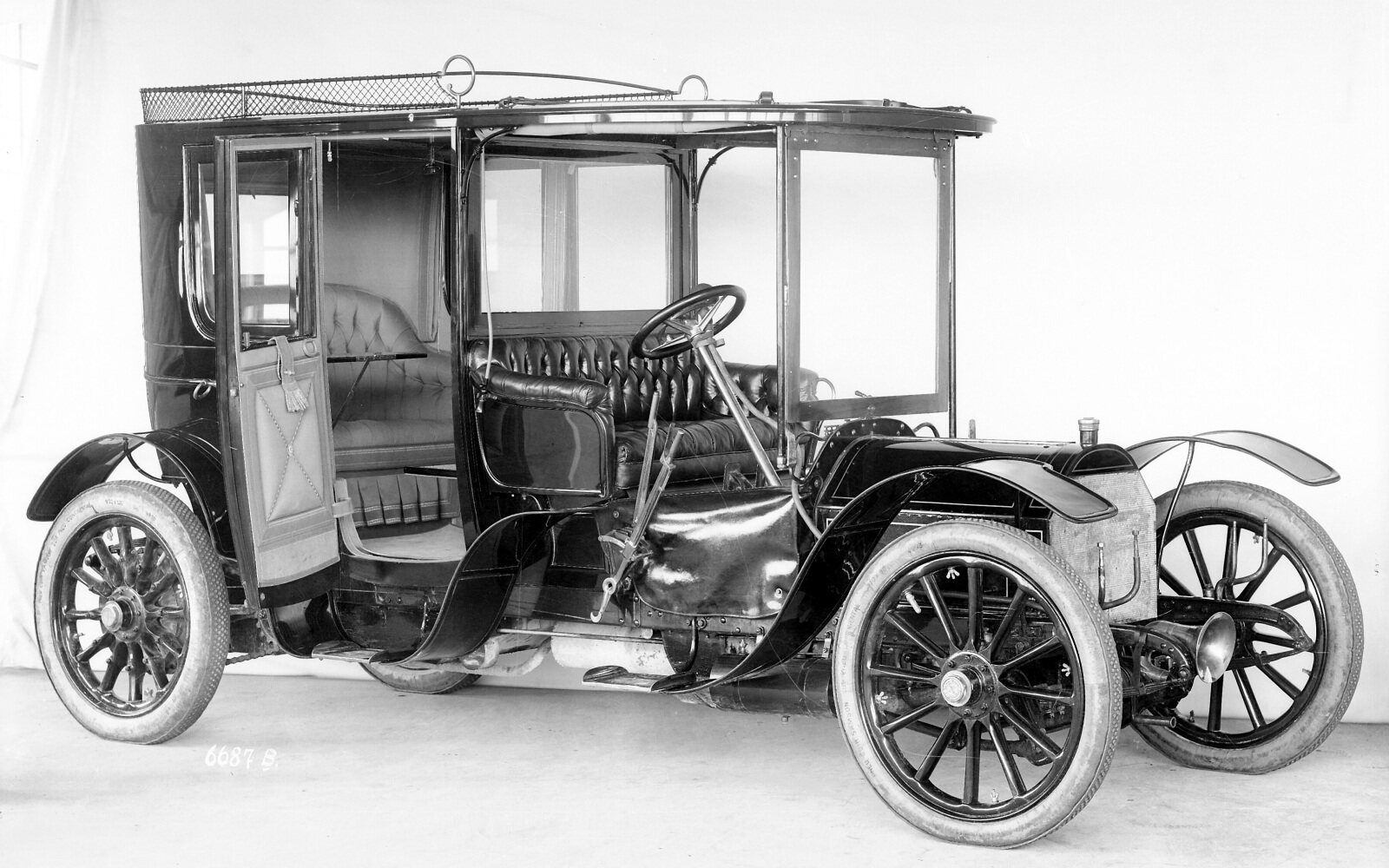 Wilhelm Maybach had already begun to develop the improved successor to the first Mercedes generation in autumn 1901. The new models featured somewhat larger and more powerful engines, as well as a series of detail improvements which, above all, improved the operation of the vehicle. They were given the designation "Mercedes Simplex", reflecting the vehicles' simplified operation. In 1902, the model range included models with 20, 28 and 40 hp.

The 40 hp Mercedes Simplex, first supplied in March 1902 along with the 28 hp version, dominated the Nice Race Week in April 1902 even more than the first Mercedes had done the previous year. E.T. Stead was victorious in the Nice - La Turbie hillclimb race at an even higher average speed of 55.2 km/h.

"Mercedes Simplex" was the talk of the town and inspired no lesser person than Emperor Wilhelm II to come up with a bon mot. At the Berlin motor show in March 1903, he told Wilhelm Maybach: "A truly beautiful engine you have here! But it's not as simplex as that, you know."

One of the first 40 hp Mercedes Simplex cars was received in March 1902 by the American billionaire William K. Vanderbilt Jr. who already owned a 35 hp Mercedes. In May, he undertook a record attempt in the new Mercedes top model on the road from Ablis to Chartres, where he reached a speed of 111.8 km/h.

Today, almost 100 years after its production, Vanderbilt's car is displayed in the Mercedes-Benz Museum and is regarded as the oldest Mercedes still in existence.