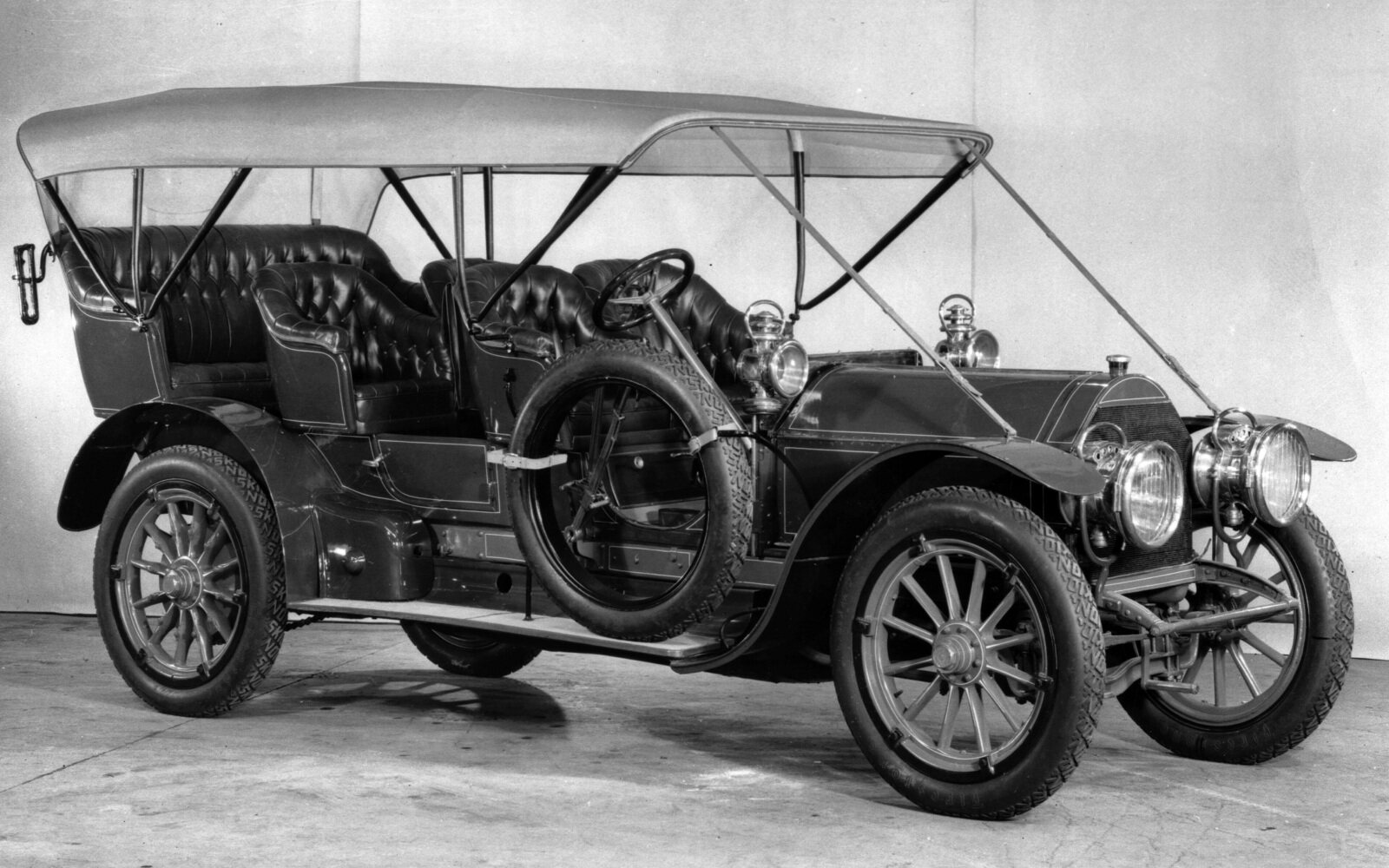 In 1905, Wilhelm Maybach had already begun designing a six-cylinder racing car. The car, which was intended for the 1906 racing season, was completed in May 1906, and had a decidedly modern engine design which to all intents and purposes was a prototype of the high-performance engine. The powerful eleven-liter unit featured turned steel cylinders, overhead valves and an overhead camshaft which was driven by a vertical shaft.

The advanced high-voltage ignition, of all features, which Maybach had used for the powerful six-cylinder, was the reason for a bitter dispute which broke out at DMG, prompting Paul Daimler to design his own six-cylinder engine. The quarrelling eventually caused Wilhelm Maybach, the King of Design Engineers, to leave DMG on April 1, 1907, not without bitterness.

The last designs which Maybach was to realize before his departure were two six-cylinder engines for production cars, which, unlike the racing car engine, were made in the conventional way. They consisted of three cast cylinder pairs with lateral camshafts and upright intake and exhaust valves. A 75 hp, 10.2-liter unit powered the new top model, which was included in the Mercedes sales range in January 1907. In the same year, a 9.5-liter model with 65 hp was also added to the model range. In 1909, the model designations of both the six-cylinders were changed to 37/70 hp and 39/80 hp. Production was discontinued in 1911.