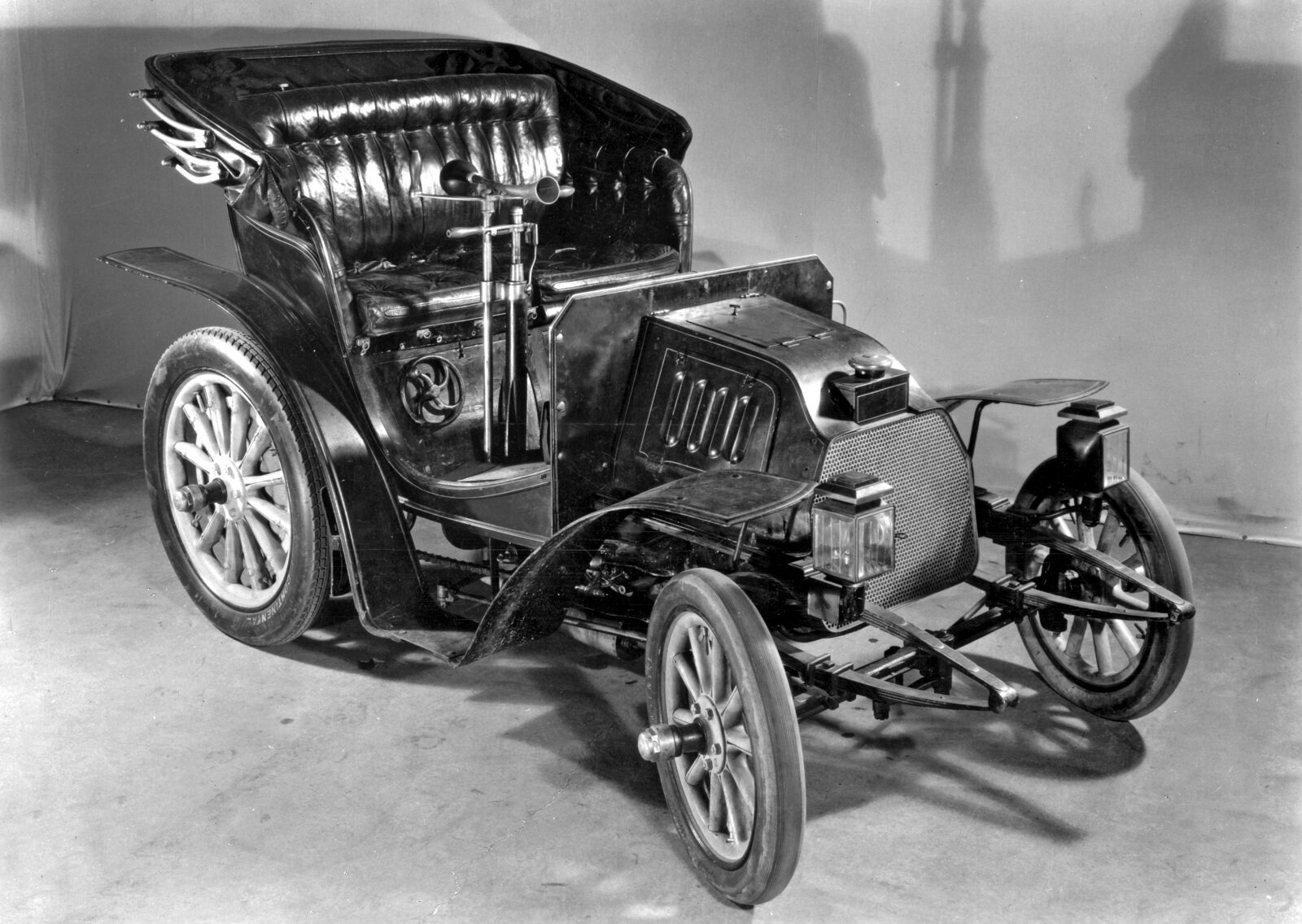 Paul Daimler, the eldest son of the company founder, worked in the design office of Daimler-Motoren-Gesellschaft (Daimler Motors Company, DMG) from 1897 onwards. As he often had differences of opinion with Wilhelm Maybach, the brilliant head designer of the company, Daimler Junior was given his own area of competence where he could operate separately from Maybach.

In this independent design office, which Maybach really viewed as competition, Daimler began designing a small car in 1899. In France in particular, such vehicles, known as "voiturettes", soon became highly popular and Daimler intended to gain access to this market segment with a modern design.

In June 1900, Paul Daimler's team interrupted their work to support Wilhelm Maybach and his design office and assist them in finishing the Mercedes 35 hp. The immense time pressure demanded the entire capacity of DMG in developing the first modern automobile.

At the end of October, Paul Daimler had returned to and completed his draft so that the drawings could be passed on to the workshop which was to start building three prototypes.

For reasons which are not documented, the first vehicle was not completed until a year later, in October 1901. The first vehicle made was a two-seater with a straight steering column and an internal chain drive which drove inner cogwheels of the rear wheels via sprockets. Two months later, a second vehicle was ready for delivery.

In April 1902, the third test vehicle, a new variant, left the assembly workshop. It was a four-seater with a tonneau body and a design which had been modified in several ways. This version had a slanted steering column and conventional chain drive to the rear wheels.

Both variants had a transverse two-cylinder in-line engine with automatic inlet valves and sideways-positioned outlet valves. It had a capacity of 1.4 litres and a performance of 8 hp at 850 rpm.

In spite of this highly modern design, the small car, which was known internally as the "Paul Daimler car", did not go into mass production - on the one hand it would have been over-attractive competition to the Mercedes models designed by Maybach, and on the other the sales success of the Mercedes kept DMG production stretched to its full capacity.

It was therefore not surprising that Paul Daimler, who had taken over as technical director of the "Österreichische Daimler-Motoren-Commanditgesellschaft" ("Austrian Daimler Engine Company") in June 1902, made a renewed attempt to market his small car in Vienna's New Town.

In March 1903, the "Paul Daimler lightweight car" was presented in a modified version as a coupé and double phaeton at the International Automobile Exhibition in Vienna. Despite the "General Automobile Journal" writing at the time that "... the price is a very reasonable one", Paul Daimler was not to enjoy success with his small car on this second attempt either, and no noteworthy series production was embarked on.

Before World War Two, the two Cannstatt prototypes - a two-seater and the four-seater tonneau - belonged to the collection of the Daimler-Benz Museum. Due to war-time upheavals and with the loss of many stored objects after the end of the war, all trace of these two vehicles was lost, so that presumably there are no longer any specimens of the Paul Daimler Car in existence.