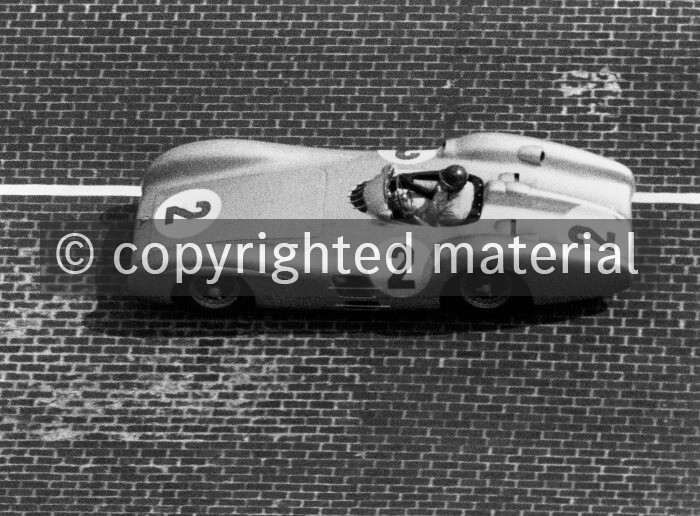 In 1954, Mercedes-Benz returned to Grand Prix sport with a fully newly developed racing car. The W 196 R complied with all the conditions of the new Grand Prix formula of the CSI (Commission Sportive Internationale): 750 cc displacement with, or 2,500 cc without, supercharger, no restrictions on fuel composition. From its 2,496 cc displacement the W 196 R delivered 188 kW (256 hp) at 8,260 rpm.

At first, a streamlined version was built because the opening race in Reims (France) allowed very high speeds. The spaceframe of the W 196 R was light and sturdy, the chassis had a torsion-rod suspension and a new single-joint swing rear axle as well as turbo-cooled Duplex drum brakes. For its powerplant, the engineers chose an eight-cylinder in-line engine with direct injection and desmodromic (positively opened and closed) springless valves, which made high engine speeds above 8,000 rpm possible. In the opening race, the French Grand Prix on 4 July 1954, Juan Manuel Fangio and Karl Kling drove W 196 R streamline racing cars to a double victory. Fangio finished the season as World Champion.