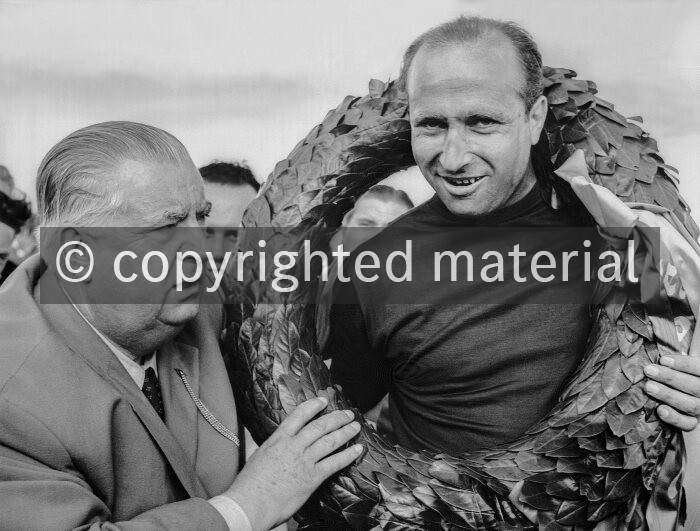 Born on 24.06.1911 in Balcare, Argetina. Son of Italian immigrant. He was trained as a car mechanic and opened with a friend a small repair shop after his army days. Until World War II he drew attention to himself through good results on noncompetitive vehicles. That led him in 1949 to a successful engagement in Europe for Maserati (6 stars, 6 victories).

1951 – World Championship title on Alfa Romeo. After one hard accident in 1952 he took part in racing the following year and became Vice World Champion. He entered Daimler-Benz racing team in 1954 and continued with his winning streak there.

After 1955 he drove three years more for Ferrari and Maserati. He was able to end his career in 1958 as five-times World Champion. Since 1951 he represented Mercedes-Benz cars in Buenos Aires and in 1974 became the president of Mercedes-Benz Argentina S.A.

Juan Manuel died on 17.07.1995. He was one the most prominent car racing personalities in the long history of the racing sports.