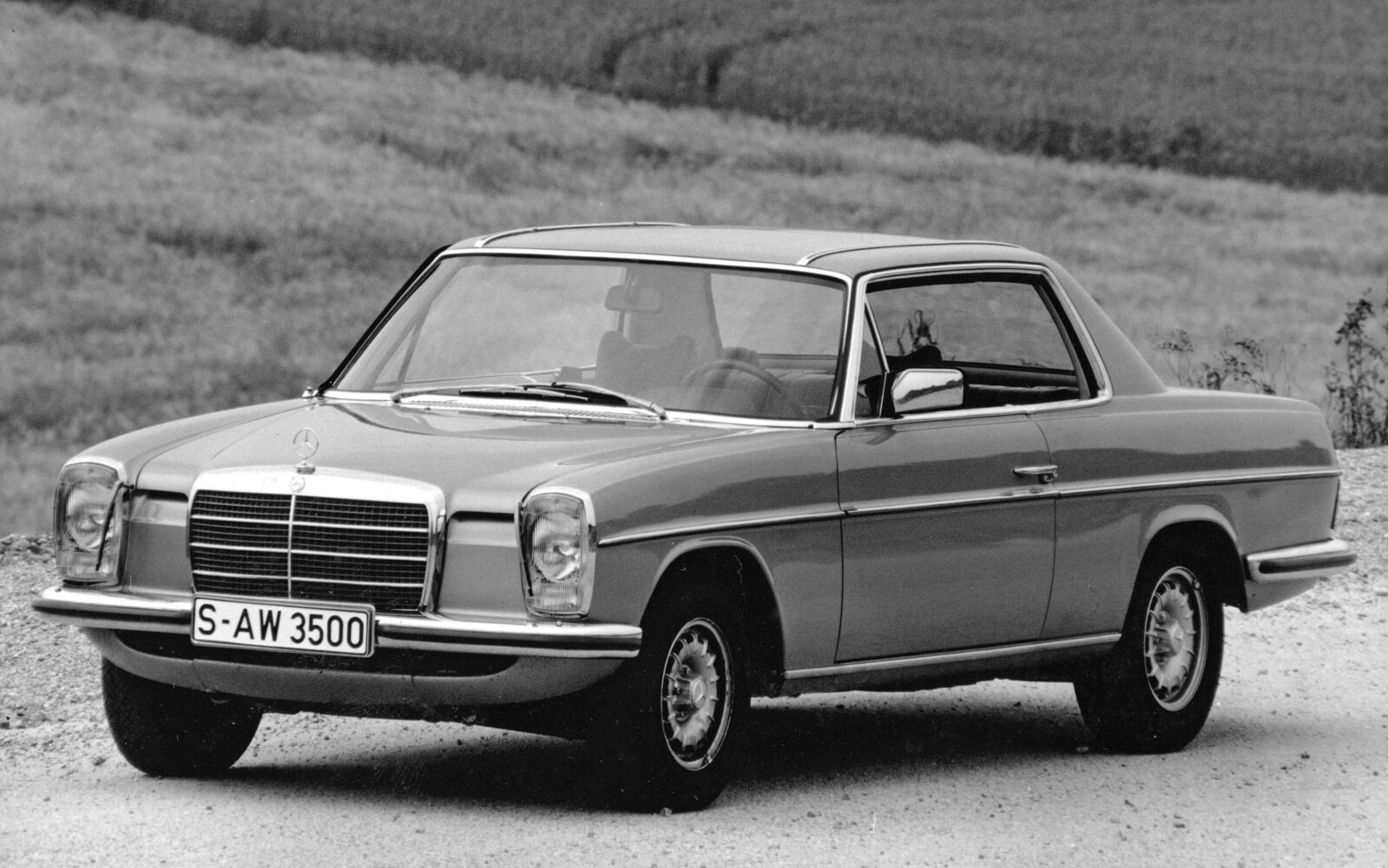 In September 1973, the "Stroke Eight" coupés as well as the saloons unterwent model revision; numerous details, which had already become part of the SL and SLC Types, respectively, as well as the S-Class, were now introduced into the small coupés and generally enhanced car safety. To name only a few: mobile external mirrors, which could be adjusted from inside the car, soil repellent decorative panels at the A-pillars, which kept the side windows clean even in poor weather conditions, profiled soil-repellent taillights and a roof rail at the rear window. The four-spoke safety steering wheel, which was already familiar from model series 107 and 116, had become part of the serial equipment half a year prior to model revision. From March 1973, head rests and automatic safety belts in the front cabin belonged to the standard equipment of the 114 coupé, too.

The exterior of the improved models, too, was upgraded and brought in line with that of the S-Class: The radiator grill had been lowered and was now broader, the number plate panel was fitted on rather than underneath the bumper. In addition, a new handle was attached to the boot lid. Moreover, the front section had been redesigned in order to enhance resemblance of these cars to the S-class saloons. In contrast to their saloons counterparts, the coupés kept their swivel windows. This, however, had the drawback, that the new external mirrors were not situated at the A-pillar - as had been the case with the saloons - but were now placed in a somewhat unfortunate position at the rear end of the triangular windows.

Production of the small coupés ended in August 1976, over half a year after the change of generation of saloons and four months before the last "Stroke Eight" Mercedes had rolled off the conveyor belt. In all, more than 67,000 units of 114 series coupés had been built in just under eight years, 60 % of which were destined for export. Their successors, the 123 series coupé models were not to appear on the market until eight months later. Standard production was launched in April 1977. 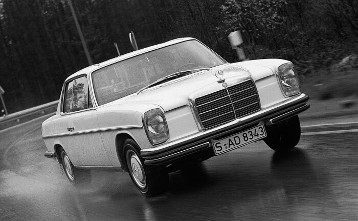 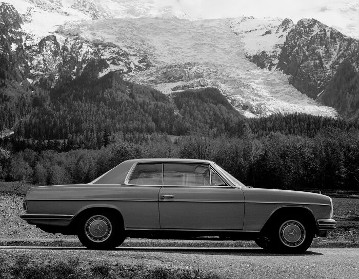 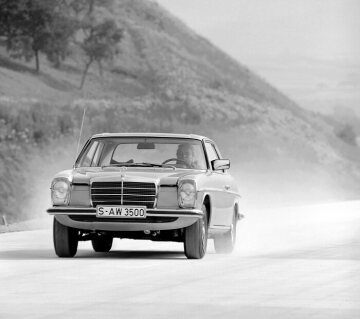