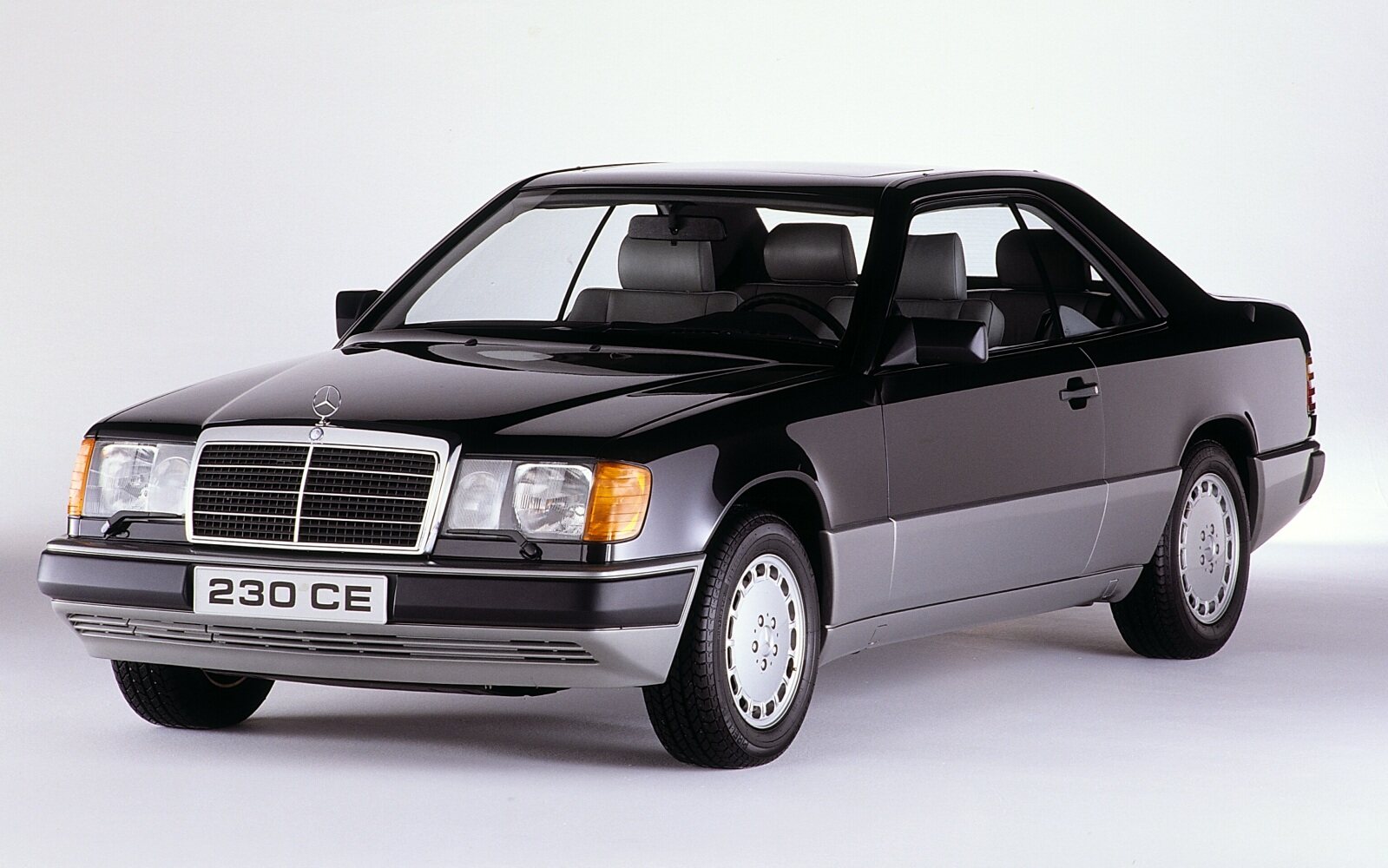 At the Geneva Motor Show in March 1987 a coupé variant of series 124 was introduced, exactly ten years after the presentation of the preceding model at the same place. As with the 123 series coupés, there was a close technical and stylistic affinity to the saloons. Based on the platform of the four-door model, the wheelbase had been reduced by 85 mm in favour of the coupé character. Accordingly, the body - as with the preceding type - presented a completely new variant as to construction and shape. The common features with the saloon were limited to the front end and the rear lamps.

The safety standard reached in the 124 series saloons was, of course, transferred to the coupés. The missing B-pillar was compensated by a reinforced A-pillar, reinforced side sills and doors as well as a high percentage of high-strength sheet steel. New ways were opened for the roof end. The interior trim of the roof had been drawn further under the rear window, a solution which increased the safety as well as the comfort of the rear passengers. In case of an accident neither sheet metal nor edges of the window were close to the heads of the passengers. Since the roof, in spite of its coupé shape, only sloped at the far back, the rear passenger enjoyed a lot more overhead space than one was used to from a coupé. The overlapping part was covered by a dark grid on the window.

A characteristic design element, documenting the independence of the coupé in comparison to other body variants of the series, were the side protection strips with integrated longitudinal sill covering. Allocated between the wheel cutouts at the height of the bumpers they were an optical link between front and rear apron. Like those they were painted in metallic contrast paint.

As to their mechanic components the coupés were fully identical with their four-door counterparts. Like the saloons they were provided with a multilink rear suspension. This once more improved the driving performance as against the preceding model. In addition, there was a damper strut front-wheel suspension on individual A-arms. The brake system had also been taken over unchanged from the four-door vehicles.

The range of models first comprised the Types 230 CE and 300 CE. The engines, a 2.3-liter 4-cylinder and a 3.0-liter 6-cylinder corresponded exactly to the version of the respective saloon. The standard versions of both models were provided with a regulated emission control system with a lambda-probe equipped catalyst. An alternative was the so-called "RÜF version", in which the vehicle was delivered without catalyst and lambda probe, but with a multifunctional mixture preparation and ignition system. Fitting a "RÜF vehicle" with regulated catalyst was always possible and without problems. From the outside the 230 CE and 300 CE could only be distinguished by the dual-branch exhaust system of the 6-cylinder and the type label.

In September 1988 both coupés, like all other models of the series, received an extended standard equipment now including a heated and electronically controlled right outside mirror. At the same time the washer system of the S-Class with heated washer tank as well as with heated jets and tubes had been taken over. The anti-locking system ALS was now also built as a standard into all 124 series models. In the 300 CE it had been part of the basic equipment from the very beginning and in the 230 CE from February 1988. 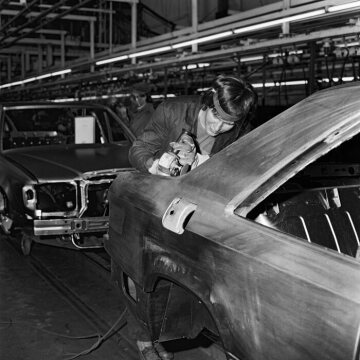 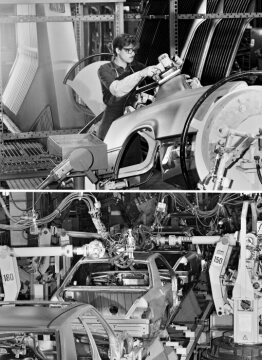 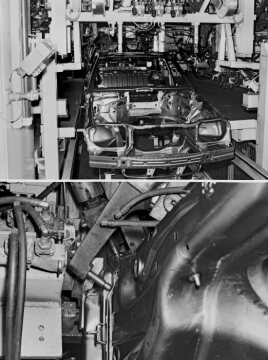 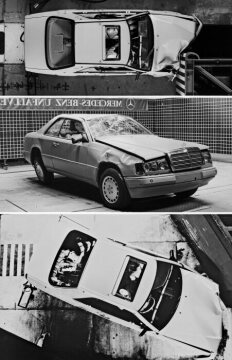