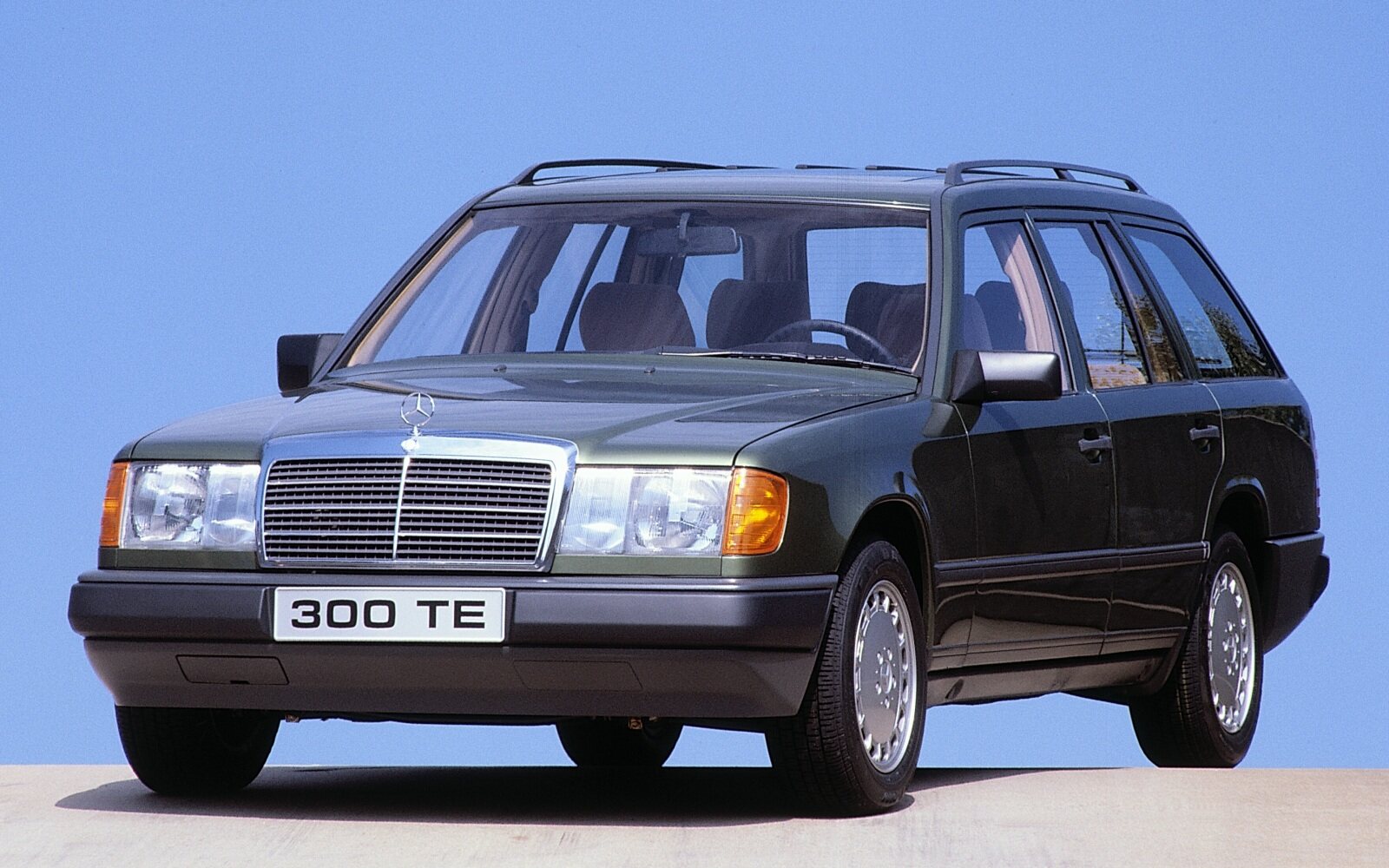 At the Frankfurt Motor Show IAA, in September 1985, the estates of the second generation were presented. After eight years they succeeded to the very successful 123 series estate cars. In technology and style the new estates corresponded largely to the saloons. Except for the deviant rear end and the thus resulting changes, no differences could be registered. Aggregate, brake system and chassis had been adapted to the higher payload, but other than that taken over almost unchanged from the saloons. Thus the estates were also provided with a multilink rear suspension, which in the standard equipment was combined with a hydro-pneumatic level adjustment. Furthermore, it was provided with a shock-absorber strut front axle.

The level of safety reached in the 124 series saloons was transferred to the estates as largely as possible. Newest insights of safety research had been taken into account in the construction of the rear body overhang, a critical area in saloons with a full rear. Special attention was paid to the fuel tank. In the estates, construction had made it necessary to suspend it under the vehicle floor. Due to a special shape with oblique thrust plates at the upper side of the tank and the vehicle floor, it was guaranteed that the tank, in case of a rear impact with a deformation of the frame side rail, will be displaced into a downward position, where it will be held by catch ropes without knocking onto the road.

The original range comprised eight models. All their engines, with one exception, were used in the saloons. Vice versa, only the petrol-powered 2.6-liter engine and the 3.0-liter Diesel engine from the range of the saloons were not available in the estates. A novelty was the 143 hp strong 3.0-liter 6-cylinder turbodiesel aggregate of the 300 TD Turbodiesel. It had been developed from the naturally aspirated engine and used in a modified version for the S-Class export model 300 SDL. Along with the estates and within the "Mercedes-Benz driving-dynamics concept" the automatic four-wheel drive 4MATIC was presented. It was available for the 124 series 6-cylinder models. Apart from the complex control electronics, 4MATIC contained a complete additional front wheel drive system with a transfer gearbox and differential; the latter had to be integrated into the oil sump because of the installation dimensions in the engine department. The high technological efford required for this perfected drive system had consequences for the sales price: The models 300 TE 4MATIC and 300 TD TURBO 4MATIC, which were delivered not until April and August 1987 respectively, cost almost 12,000 more that their rear-wheel-drive equivalents.

For all petrol-powered estates, except for Type 200 T provided with carburettor, a regulated emission control system with a three-way catalyst was available on demand. As an alternative one could decide for the so-called "RÜF version", in which the vehicle was delivered without catalyst and lambda probe but with a multifunctional mixture-preparation and ignition system. Fitting a "RÜF vehicle" with three-way catalyst was always possible and without problems. This handling allowed the customer the highest possible flexibility a to the time of refitting. Since, at that time, unleaded petrol was not yet available everywhere, this was a considerable advantage. From September 1986 the carburettor model 200 T was also available with emission control system. In addition, the three-way catalyst was part of the standard delivery of all Mercedes-Benz passenger cars with petrol engine. On demand and with respective price deduction the "RÜF vehicles" continued to be available till August 1989.

Like the preceding models the estates were produced in Bremen. This plant now manufactured only passenger cars. The Sindelfingen plant supplied the front doors as well as a combination of front and chassis. In Bremen sheet metal parts of own production were added to make it a complete bodyshell. Then it was painted and ready for assembly. The production of the main series of most models started shortly after their presentation in October/November. In June 1986 the 300 TD Turbodiesel was produced, first, however, only for export into the USA. Due to a lack of capacity, inroduction to the domestic market had to be postponed again and again. Thus in September the 300 TD, which had not been planned at all, had to be taken into the selling program to fill the gap. The beginning of the production of the 300 TE 4MATIC only took place in April 1987. The 300 TD Turbodiesel 4MATIC and the domestic version of the 300 TD Turbodiesel were finally produced from August 1987.

At the Paris Motor Show in September 1988 the 200 TE was presented, a further variant of the T-Model. As often before, it had come into existence by falling back on the modular system. This time it was the time-tested 2.0-liter injection engine of the 190 E that was put to use. At the same time the 300 TD Turbodiesel was fitted with a modified engine. By optimising its combustion process a reduction of the particle emission was achieved. It was reached by using a newly constructed prechamber with angular injection which guaranteed a more efficient combustion. A pleasant side effect of the new Diesel technology was an increase in power of 4 hp. In September 1988, all models of the series obtained an extended standard equipment. It now included the anti-locking system (ALS) and the heated right outside mirror. The windscreen washing system, which had been taken over from the S-Class, was equipped with a heated water reservoir as well as heated jets and hoses.

As a part of the "Diesel '89" initiative in February 1989 the 200 TD, 250 TD and 300 TD were also given the new prechambers with angled fuel injection. Furthermore, the injection pumps of all naturally-aspirated Diesel engines were fitted with an altitude correction jet to achieve low emissions at all altitudes. The result was that particle emissions were reduced by 40 % and the cars were able to fulfil the strict American regulations without soot filters. The new Diesel technology also had positive effects on these engines. The output of the 200 TD was increased by 3 hp, that of the 250 TD and 300 TD by 4 hp. Emissions were reduced even further by means of a complex exhaust cleaning system using a special oxidation catalyst in combination with a finely tuned exhaust recirculating system. This very efficient system became available as an option for naturally-aspirated Diesel engines from October 1990 and for turbodiesels six months later.

Do you want to set this media object as main picture?
84F284 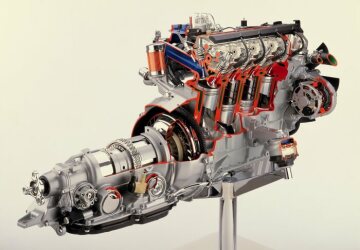 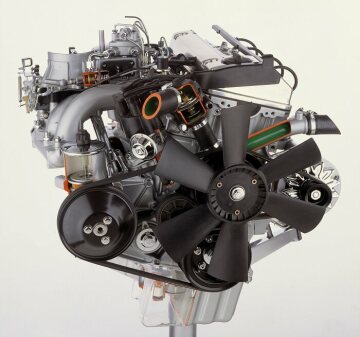 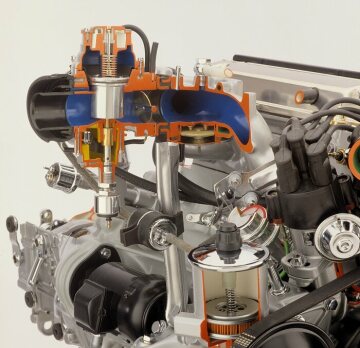 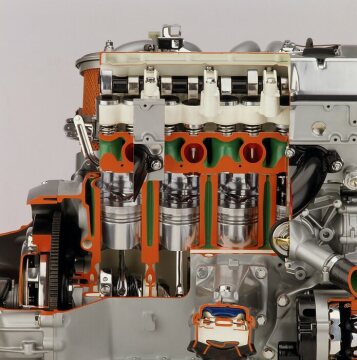 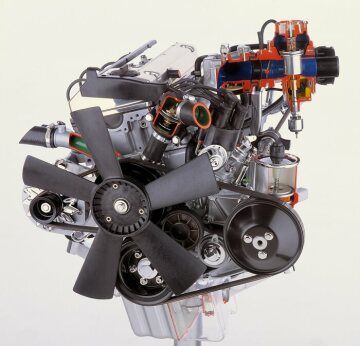 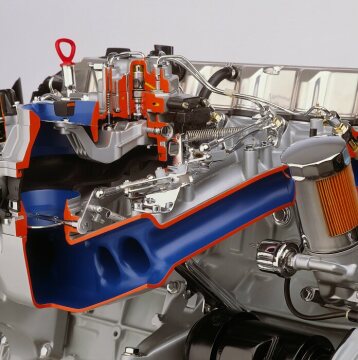 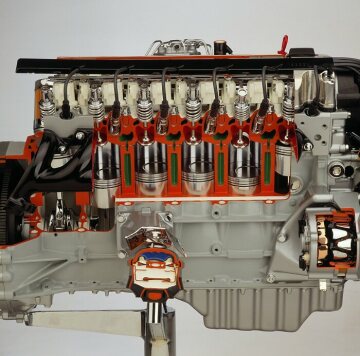 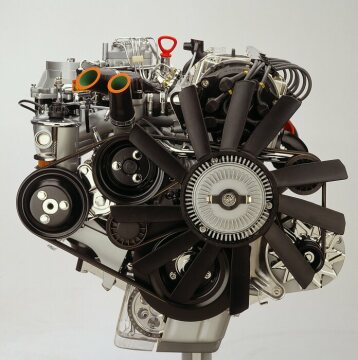 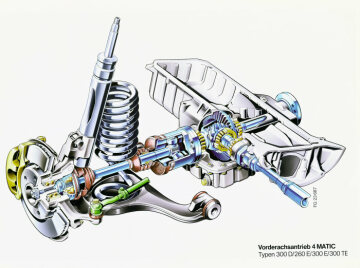 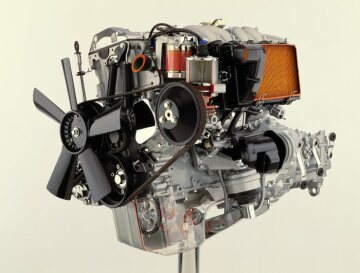 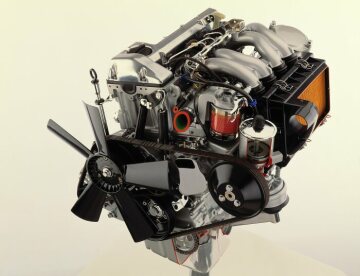 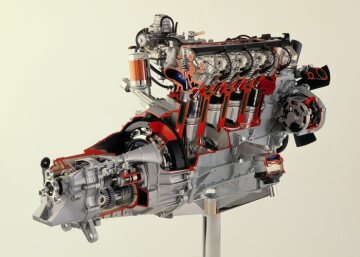 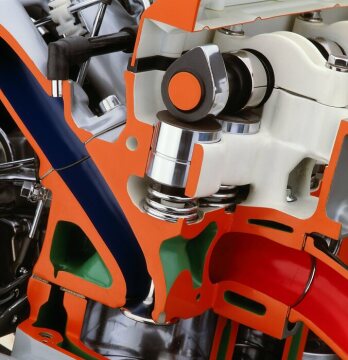 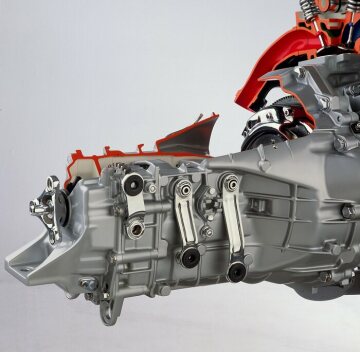 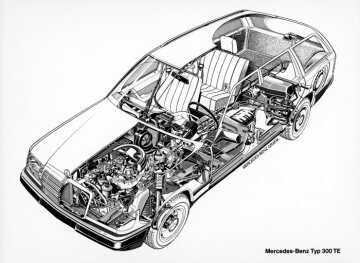 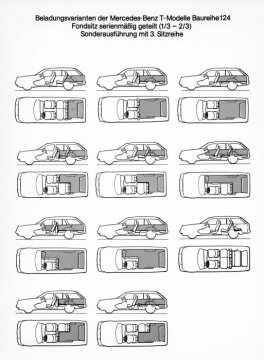 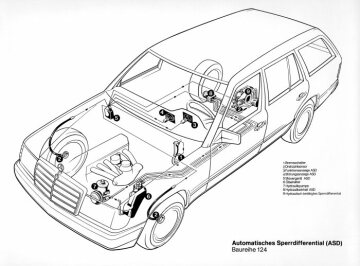 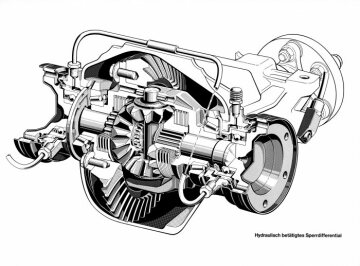 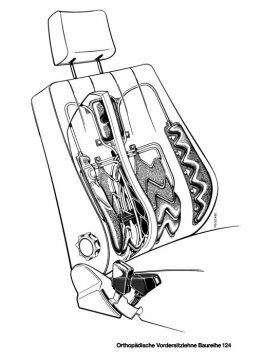