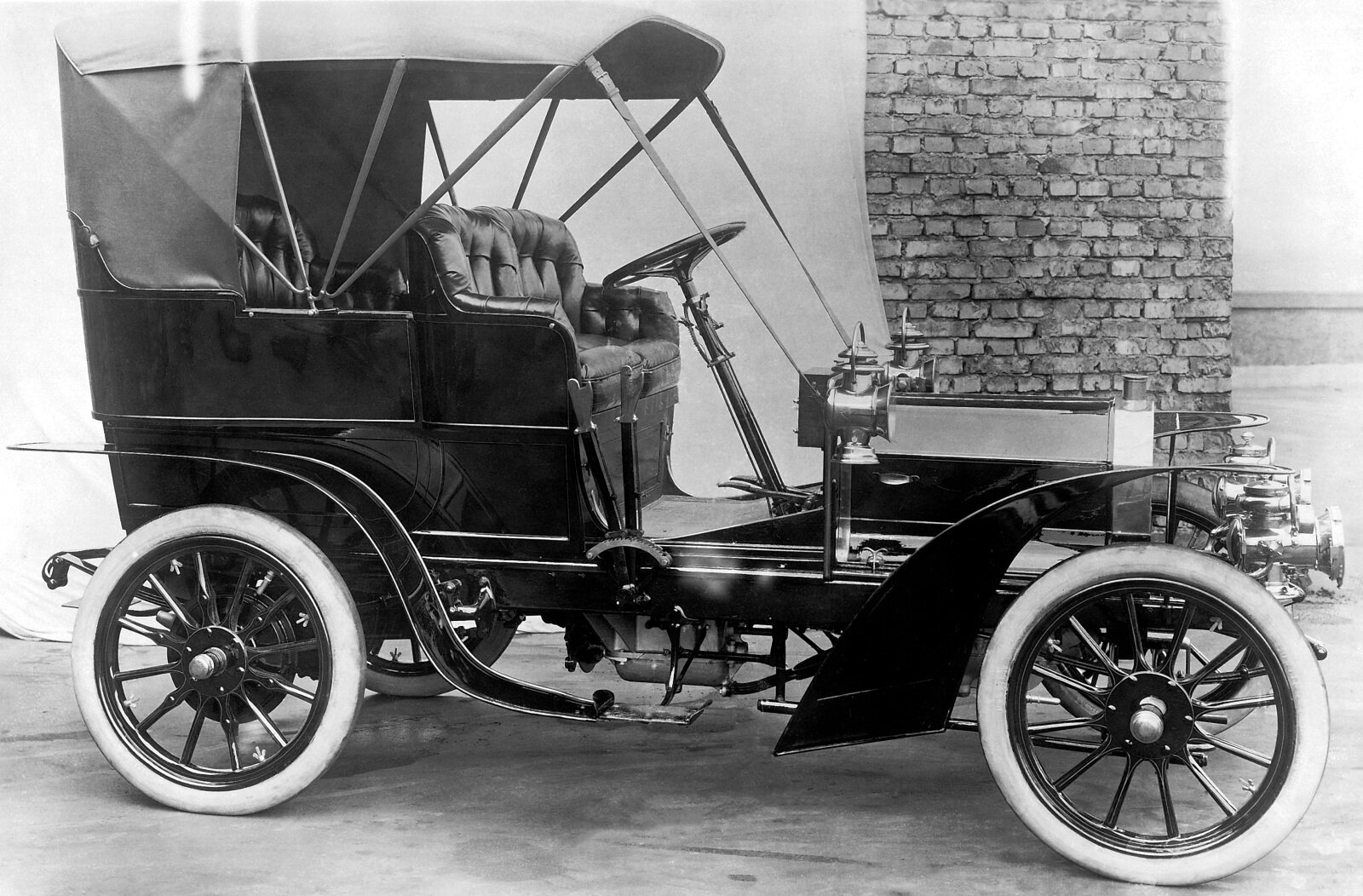 Shortly after the turn of the century Benz & Cie. in Mannheim were in sales difficulties, caused partly through the sales-success of the Mercedes. Julius Ganß, commercial director of Benz company., strongly recommended a modernisation of the range of products. To this end the French designer Marius Barbarou, at that time designer-in-chief of the company Clément-Barbarou, and his closest colleagues were taken on. Apart from this "French design bureau" that already had brought along some almost completed designs, a "German design bureau", headed by Georg Diehl and Fritz Erle, also worked on the development of new models.

Neither of the two competing departments could assert itself: The new model series, launched at the start of 1903 under the designation "Parsifal", was created through the combination of the designs of both design bureaus. It comprised three 2-cylinder models with cardan-drive (8, 10, and 12 hp) as well as a 16 hp 4-cylinder model with chain drive. In 1904 the model range was revised anew. Given that this was standing the test of time, Benz & Cie. were experiencing a financial upswing enabling the company to catch up again in the field of technology which was progressing rapidly.