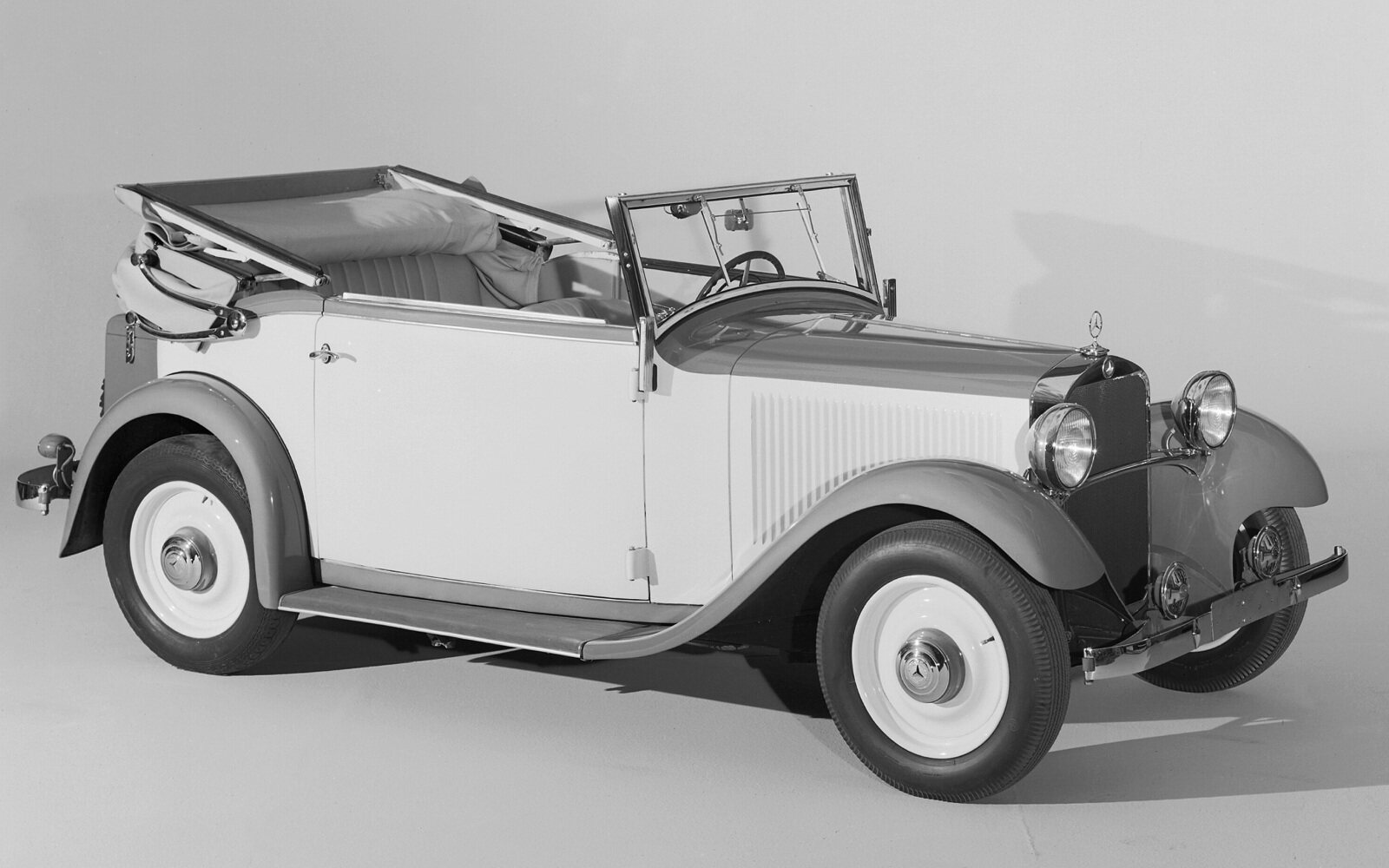 With the goal of addressing the consequences of the global economic crisis, a comparatively small, economical and competitively priced vehicle of high quality was developed under the aegis of Dr Hans Nibel. The Mercedes-Benz 170 was unveiled in October 1931 at the Paris Motor Show. As the latest engineering achievement, the vehicle was equipped with front and rear swing axles, i.e. independent wheel suspension.

The car's state-of-the-art technology and pleasing lines were received with the same enthusiasm as the low price, achieved despite its six-cylinder engine. In the four-door saloon variant, the "small Mercedes" cost RM 4 400, i.e. almost RM 1 600 less than the cheapest version of the Stuttgart. As the vehicle with the smallest displacement and lowest price, therefore, it occupied the bottom slot in the Mercedes-Benz passenger car range. The 170 played a key role in enabling Daimler-Benz to overcome the economic crisis. As total of 4 438 units were built in 1932, that number alone being higher than the previous year's aggregate production volume of all Mercedes-Benz passenger car models.

In its first year of production, the 170 was available exclusively in the form of a four-door saloon and four-seater Convertible C. A notable feature was the exterior boot, which, although small, came as standard, initially in a free-standing variant and, from 1934, attached directly to the body. From April 1932, a chassis-only version was additionally available for the mounting of third-party coachwork. In September 1932, the model range was augmented by a two-seater "Special Roadster". This was followed one year later by the "Special Convertible A", which, at a price of RM 7 000, became the most expensive variant of the 170. In February 1934, there was a further addition to the range in the form of a two-door four-seater tourer, which could be ordered either with a body made in Sindelfingen or with third-party coachwork. From the same date, the four-door saloon was optionally available with a retractable roof made in Sindelfingen.

February 1935 also saw the launch of a two-door saloon that anticipated the body design of the successor model, the 170 V. At the same time, the previously "flat radiator" was replaced on all body variants by a radiator featuring a flat wedge shape.

In addition to the already mentioned body variants, from 1932 to 1935 the 170 was also available in the form of a panel delivery van with a 300 kg payload. The model designation L 300 conformed to the nomenclature system for Mercedes-Benz trucks.

The 170 gave way in spring 1936 to the 170 V, which, apart from engine displacement, had nothing in common with its predecessor. Featuring a totally new technical design, the 170 V was powered by a four-cylinder engine.

Aggregate production volume of the Mercedes-Benz 170 with six-cylinder engine came to 13,775 units. This figure was augmented by 126 units of the L 300 delivery van variant.