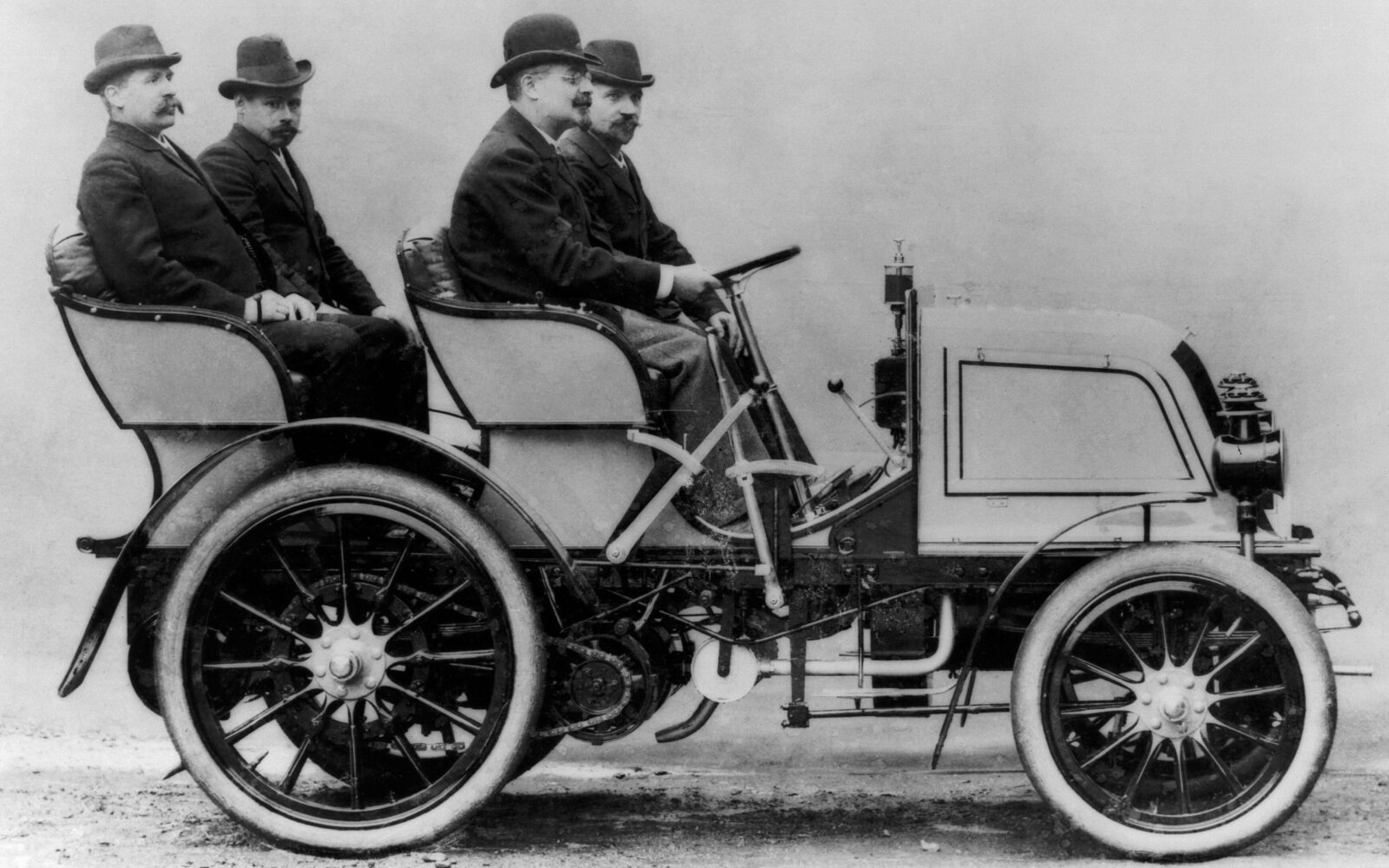 In 1897, DMG introduced a new generation of motor cars which were the first Daimler automobiles to feature a front-mounted engine. These represented the first important step away from the belt-driven motor carriage to the modern automobile.

Initially, the tried-and-tested two-cylinder Phoenix engines with 6 and 8 hp were available. Although already in use in the belt-driven cars, the engines gave their name to the new models which were consequently known as the Phoenix cars.

In September 1898, DMG supplied Emil Jellinek with the world's first two road-going cars with four-cylinder engines. These were Phoenix cars too, as they were both fitted with an 8 hp, 2.1-liter four-cylinder in-line engine of the Phoenix design. In the course of 1899, further versions with 12, 15, 20 and finally 23 hp were added.

A decisive factor in this substantial rise in engine output was the tubular radiator developed by Wilhelm Maybach. The design was registered in December 1897 and it was first put to use in the Phoenix car. It consisted of many small tubes which were flushed by coolant and exposed to the air flow. Compared to the earlier coiled tube radiators, clearly more air was able to flow through the radiator, permitting the water reservoir to be substantially reduced - though to a volume that was still as high as 18 liters. This innovative design, without which development of the high-performance automobile would have been inconceivable, represented an important milestone in automobile development.

A Phoenix was also the first automobile entered in a race by Emil Jellinek, under the pseudonym of "Mercedes". The name "Mercedes", later to become known worldwide, initially served only as a driver or team name, however, and not as a product or brand name. Jellinek's 12 hp Phoenix racing car was driven in the Nice Week of March 1899 by DMG factory driver Wilhelm Bauer and was victorious in the Nice - Magagnone - Nice race.

Jellinek entered the major motor sport event in Nice for a second time a year later, this time with two Phoenix racing cars which developed 23 hp, an enormous output by the standards of that time. However, with their high center of gravity, short wheelbase and 320 kg engine, the vehicles were difficult to handle. Wilhelm Bauer was killed whilst driving one of the two cars when he collided with a barrier in the Nice - La Turbie hillclimb race.

The outcome of the race caused Emil Jellinek to demand a more powerful, yet lighter and easier-to-handle car from Wilhelm Maybach. With this, the development of the 35 hp Mercedes - the first modern automobile - began.