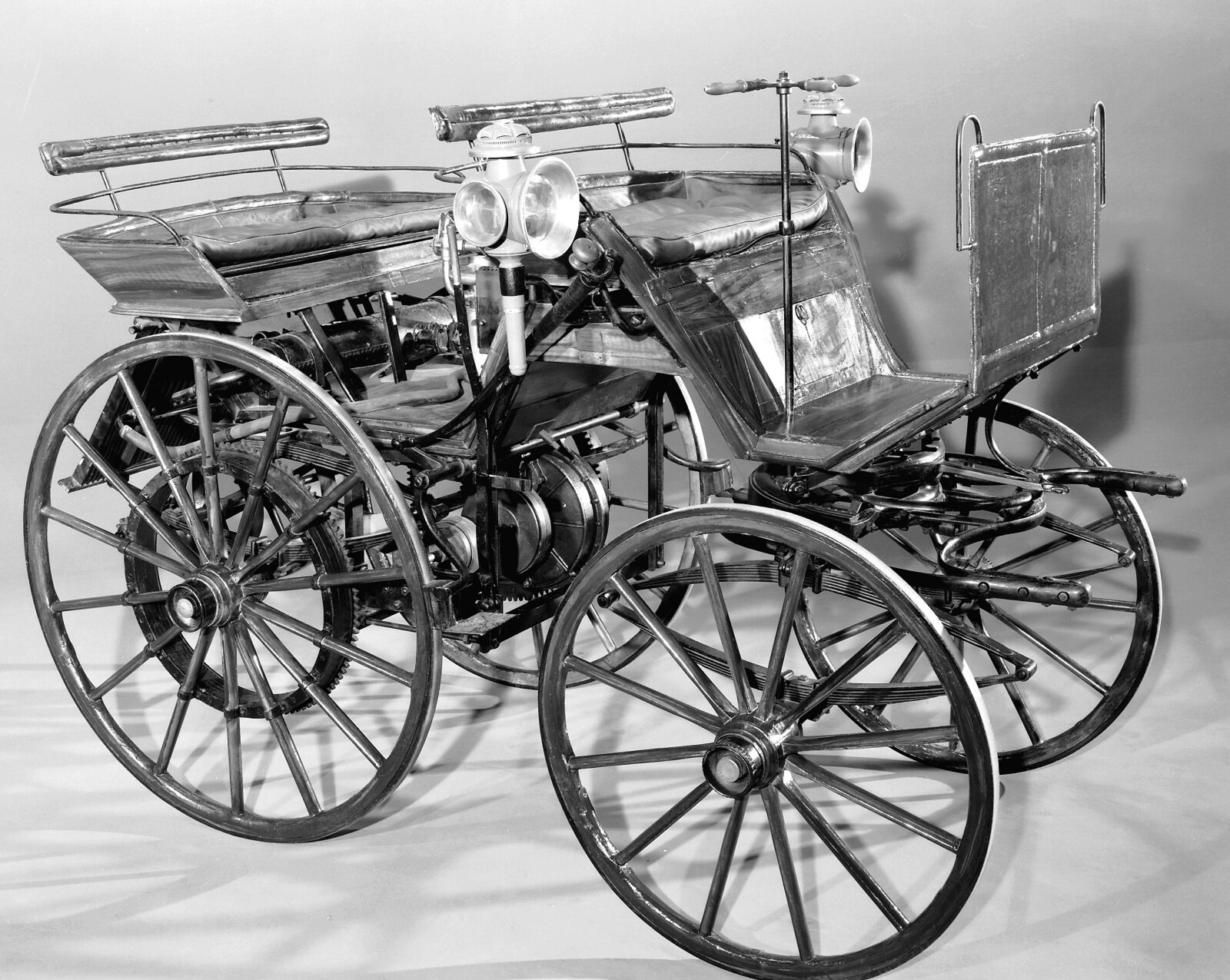 On March 8, 1886 Gottlieb Daimler ordered a carriage in the version "Americaine" from the coach builder Wilhelm Wimpff & Sohn, ostensibly as a present for his wife Emma's forthcoming birthday, but actually to install an engine into it. An air-cooled, vertical one-cylinder was installed which looked like a grandfather clock - hence its nickname. Compared with the engine from the riding car, Daimler and Maybach almost doubled the cubic capacity, thus allowing the performance to be raised to 1.1 hp. In 1887, the cooling method for the motor carriage was changed from air to water. For this purpose, a large-surfaced finned radiator was mounted underneath the rear seats.

Daimler's motor vehicle was the first four-wheel vehicle driven by a high-speed combustion engine. Contrary to the Benz Patent Motor Car, which represented an independent integral construction, Daimler's first automobile was merely a carriage without shaft and with the common fifth-wheel-steering - a carriage without horses so-to-speak.

For the time being Daimler did not think of an evolution model or even the series production of his motor vehicle. With the motor carriage he once again had demonstrated the possible ways of using his engine and carried on looking for alternatives.