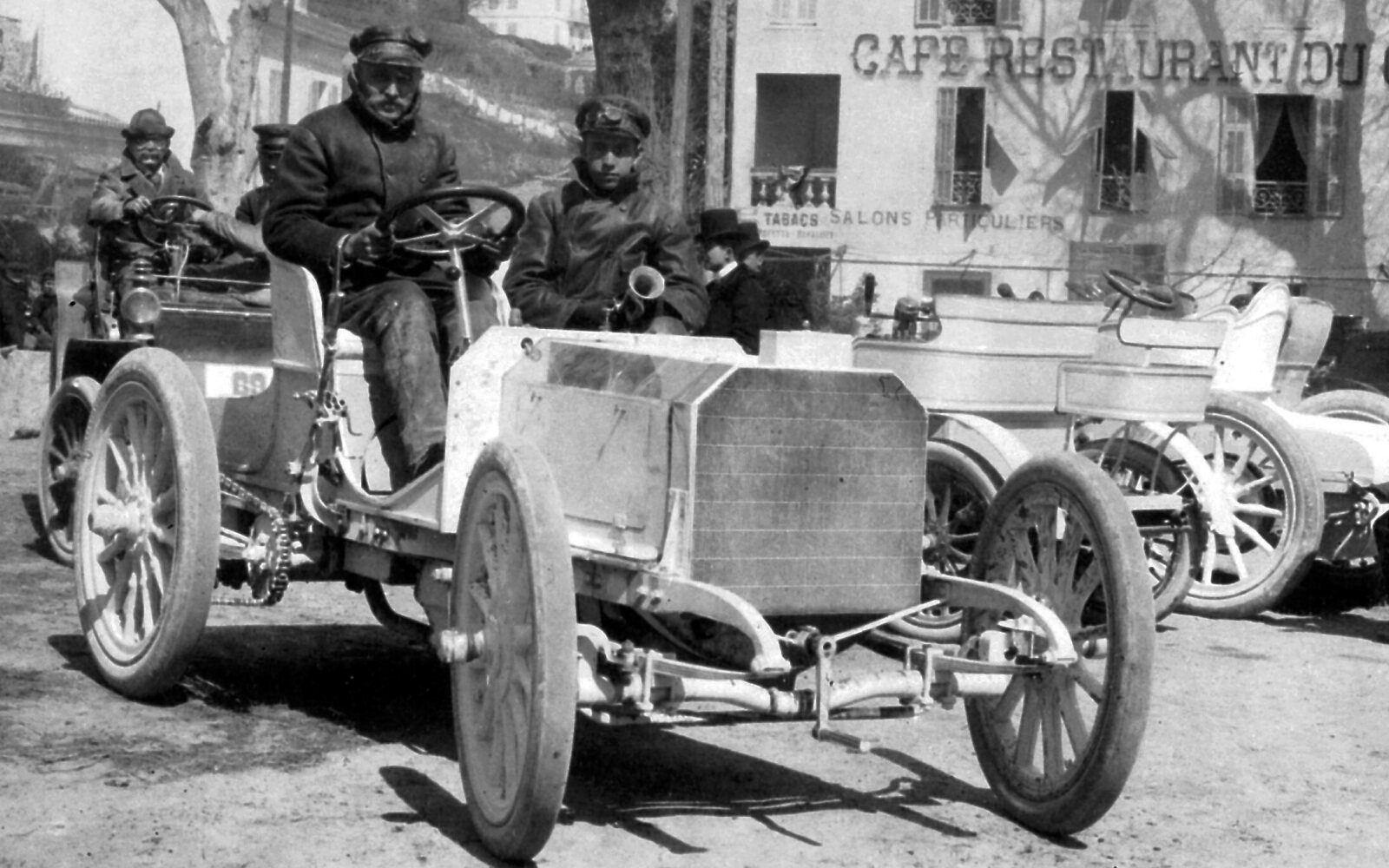 In 1900 a car was produced by Daimler-Motoren-Gesellschaft (DMG) on the initiative of Emil Jellinek, which clearly deviated from the carriage design principle which had prevailed until that time. Emil Jellinek, a successful businessman resident in both Baden near Vienna and Nice, was an enthusiastic motorist and acquired his first Daimler car in 1897. In the following years, he demanded ever faster and more powerful cars from DMG and soon became active as a Daimler automobile dealer. In April 1900, he triggered the development of a completely new automobile with a light, high-performance engine, long wheelbase and low center of gravity. He named the newly developed model "Mercedes" after his daughter, who was ten at the time. Jellinek, the ingenious marketing expert who had a feel for the correct product, spurred Maybach, the "King of Design Engineers", on to top-class achievements once again.

Jellinek had already entered a Daimler car in the Nice Week in March 1899, under his pseudonym "Mercedes". The name that is today world famous was on everyone's lips in automobile circles at that time, although only as a pseudonym for Jellinek - that's to say as a driver or team name. The name was used as a product or brand designation for the first time in April 1900 for the new engine, and then a few months later for the new car.

On November 22, the first "Mercedes" was completed and extensive trial runs were made. After a series of detail modifications the car was shipped to Emil Jellinek in Nice a month later, on December 22. Maybach's engineering achievement can be illustrated by a rough comparison: the first "Mercedes", weighing 1000 kg, was a genuine lightweight when compared with the 1400 kg Phoenix racing car, and the 35 hp light-alloy engine of completely new design allowed a top speed of almost 90 km/h.

One of the highlights of the car's design was the honeycomb radiator which was designed by Maybach and made a definite breakthrough in the solution of the cooling problem. The use of small tubes of rectangular rather than round cross-section allowed for considerably improved cooling efficiency, due to the larger surface area and the smaller gaps between the tubes. By this means, it was also possible once again to considerably reduce the amount of water needed for the tubular radiator, which had also been invented by Maybach, halving it to nine liters! The honeycomb radiator paved the way for the high-performance automobile. The first "Mercedes" with all its innovative engineering details meant the final move away from the formerly used carriage design and is regarded today as the first modern automobile.

The innovative concept also proved itself in practice. At the Nice Race Week in March 1901, the "Mercedes" absolutely dominated the races. In the Nice - La Turbie hillclimb race, Wilhelm Werner reached a top speed of 86 km/h and the average speed rose from 31.3 to 51.4 km/h. Werner also won the Nice - Salon - Aix - Sénas - Salon - Nice race over 392 km, as well as the one-mile race in Nice. Werner's 35 hp Mercedes belonged to Henri de Rothschild, who, as in the previous year, had entered his car under the pseudonym of "Dr. Pascal".

The success of the new cars was so remarkable that Paul Meyan, the secretary general of the French automobile club, felt not only obliged to warn his countrymen of the German automobile industry's lead, which was becoming harder to catch up with, but also wrote in his review of the race: "Nous sommes entrés dans l'ère Mercédès" ('We have entered the Mercedes era').