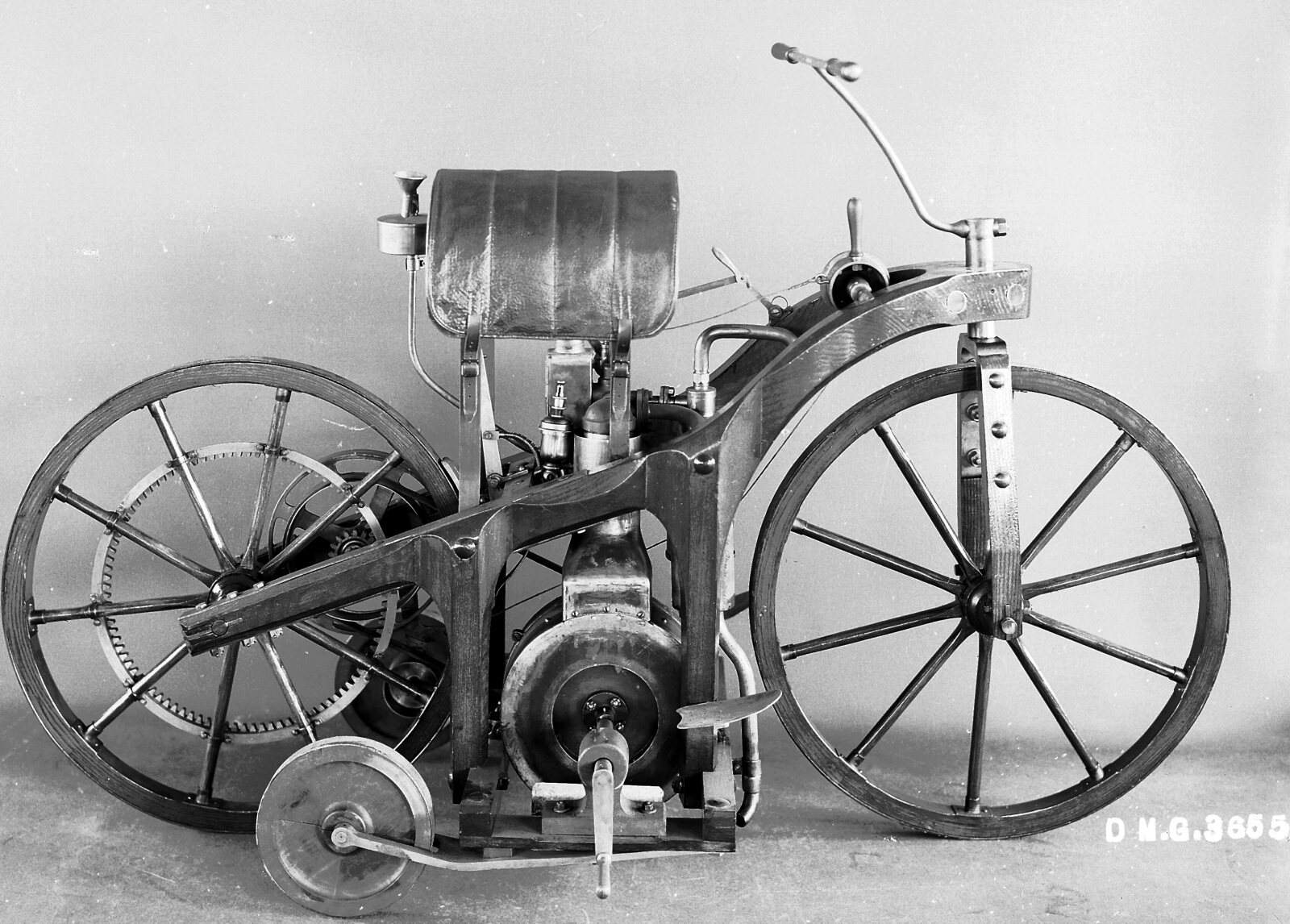 The miniaturization of the four-stroke spark-ignition engine, a basic condition for its use in a vehicle, required a significant rise in the engine speed. This ambitious goal was able to be realized in 1883 by Daimler and Maybach after intensive development work in the Cannstatt test workshop. The test engine with horizontal cylinder had a displacement of 100 cm³ and an output of 0.25 hp at 600 rpm.

The engine with its upright cylinder which was developed the following year and nicknamed "Grandfather Clock", was already so compact that even a two-wheeler had enough installation space and so was therefore able to be used as the first test object. No-one could build such small and light-weight engines in those days like Wilhelm Maybach could.

The single-cylinder engine with 264 cm³ displacement had an output of 0.5 hp at 600 rpm. On August 29, Daimler patented his "riding car" with "gas or petroleum engine" under DRP number 36423. In November, Daimler's younger son, Adolf, made the first journey from Cannstatt to Untertürkheim, and reached speeds of up to 12 km/h.